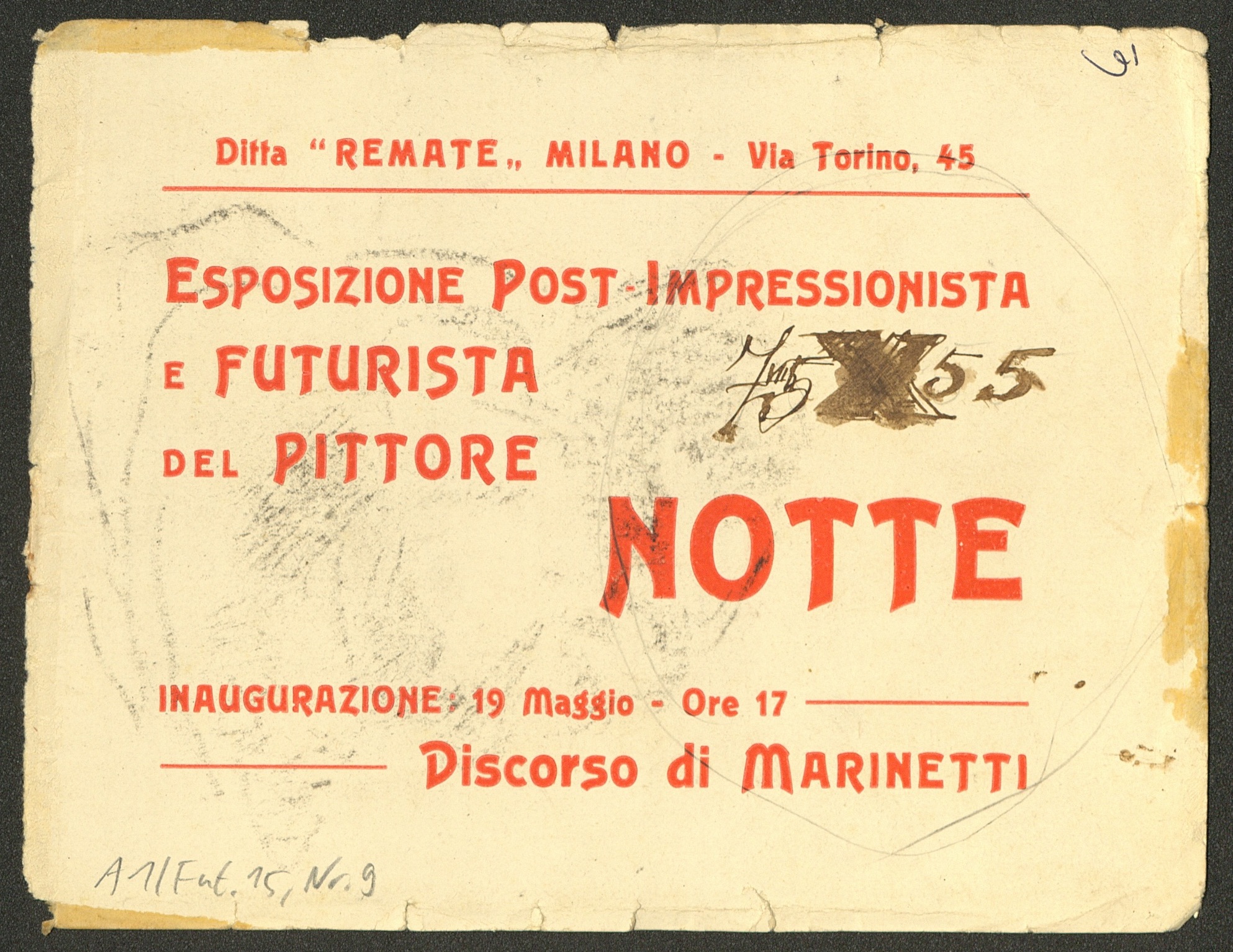 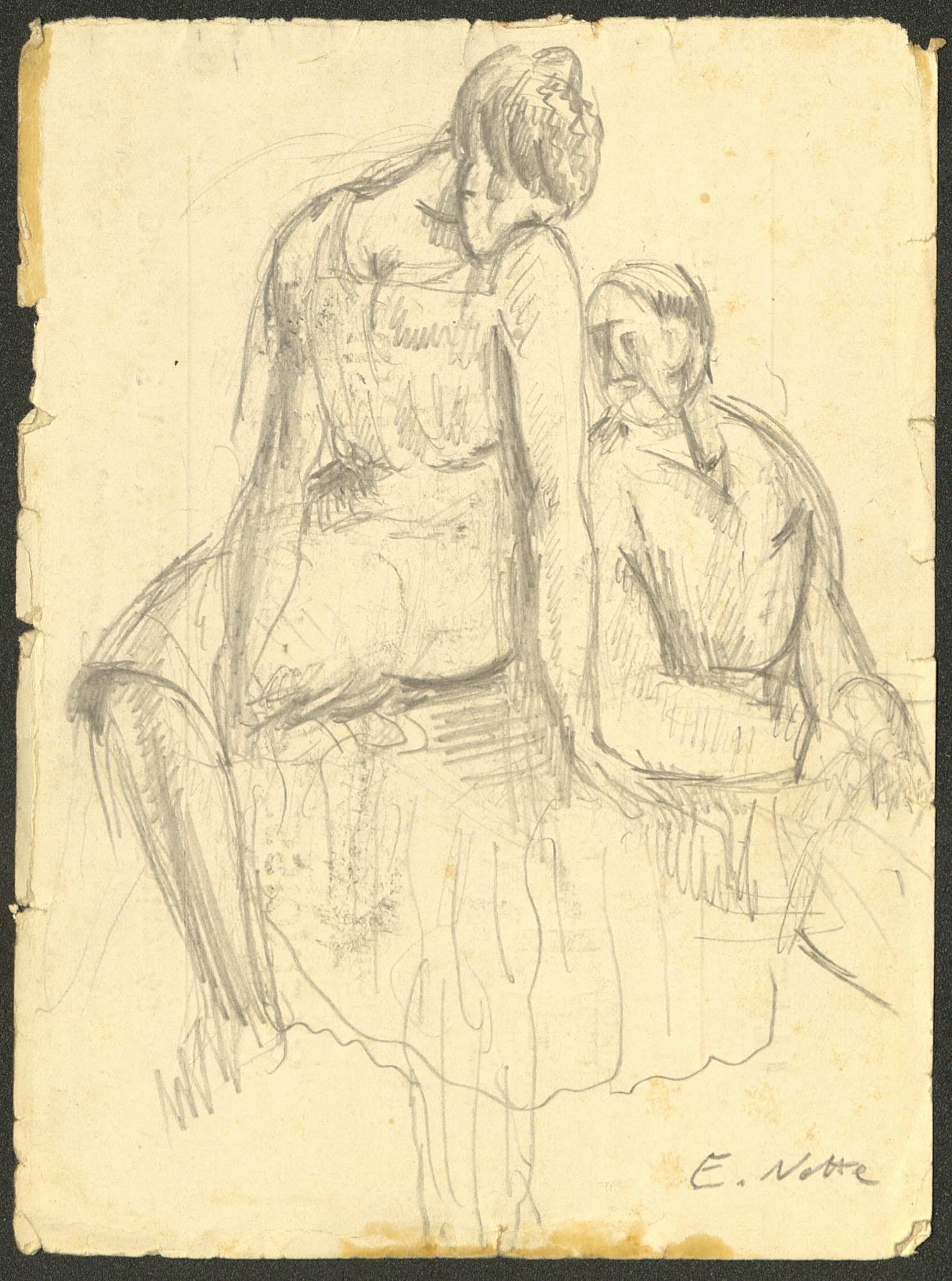 Further Information: The Italian painter Emilio Notte took actively part in the Futurist movement after witnessing the legendary Futurist evening at the Theatre Verdi in 1913, and meeting the groups driving forces and fellow artists such as Settimelli, Corra, Papini, Malaparte, Campana.  In 1919 Notte took part in the Great Futurist National Exhibition in Milan, Florence and Genoa and exhibited at the Galleria Ballerini presented by Margherita Sarfatti.

The invitation card contains an original drawing titled Disegno a Matita by the artist on its rear side.