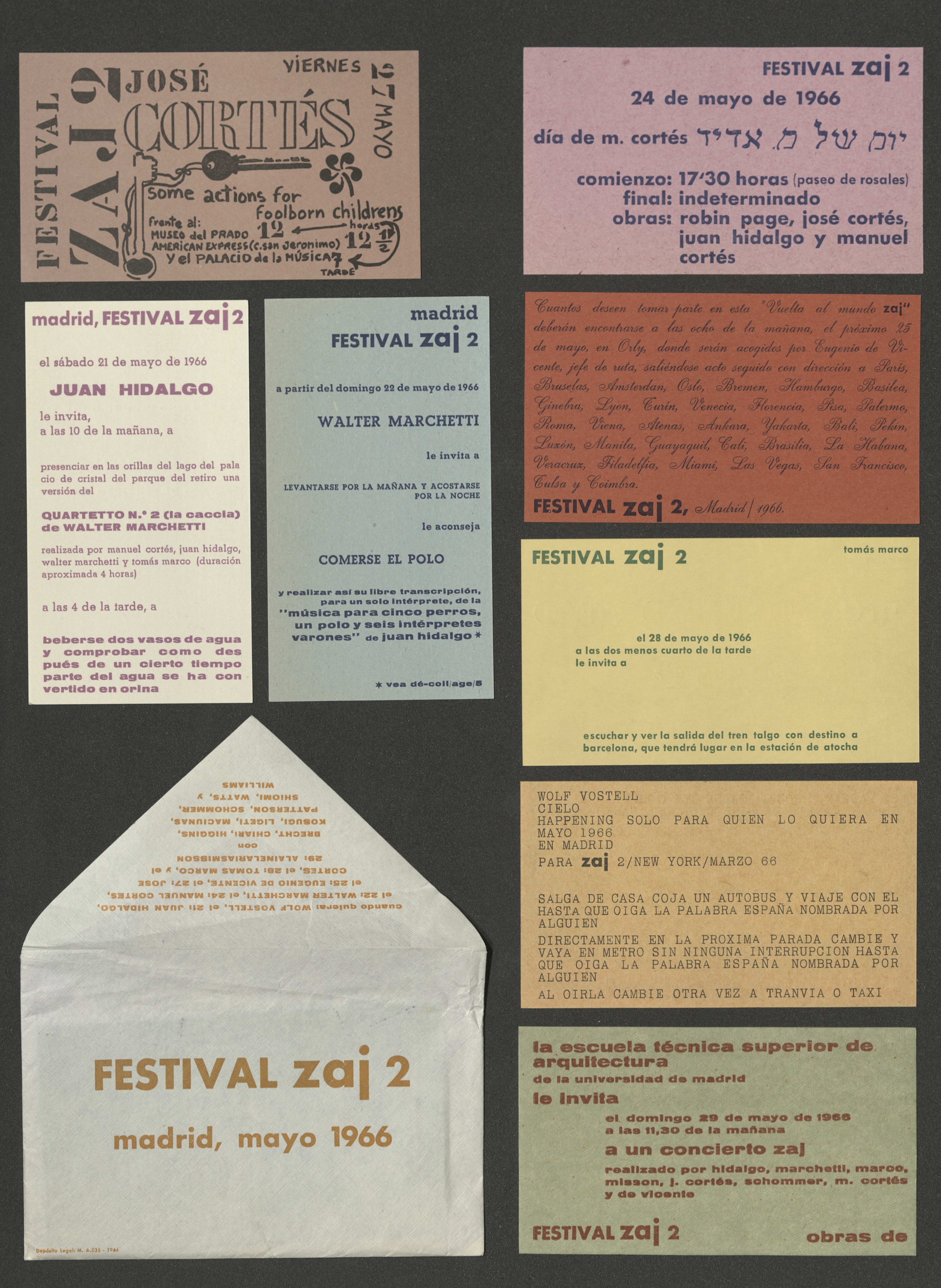 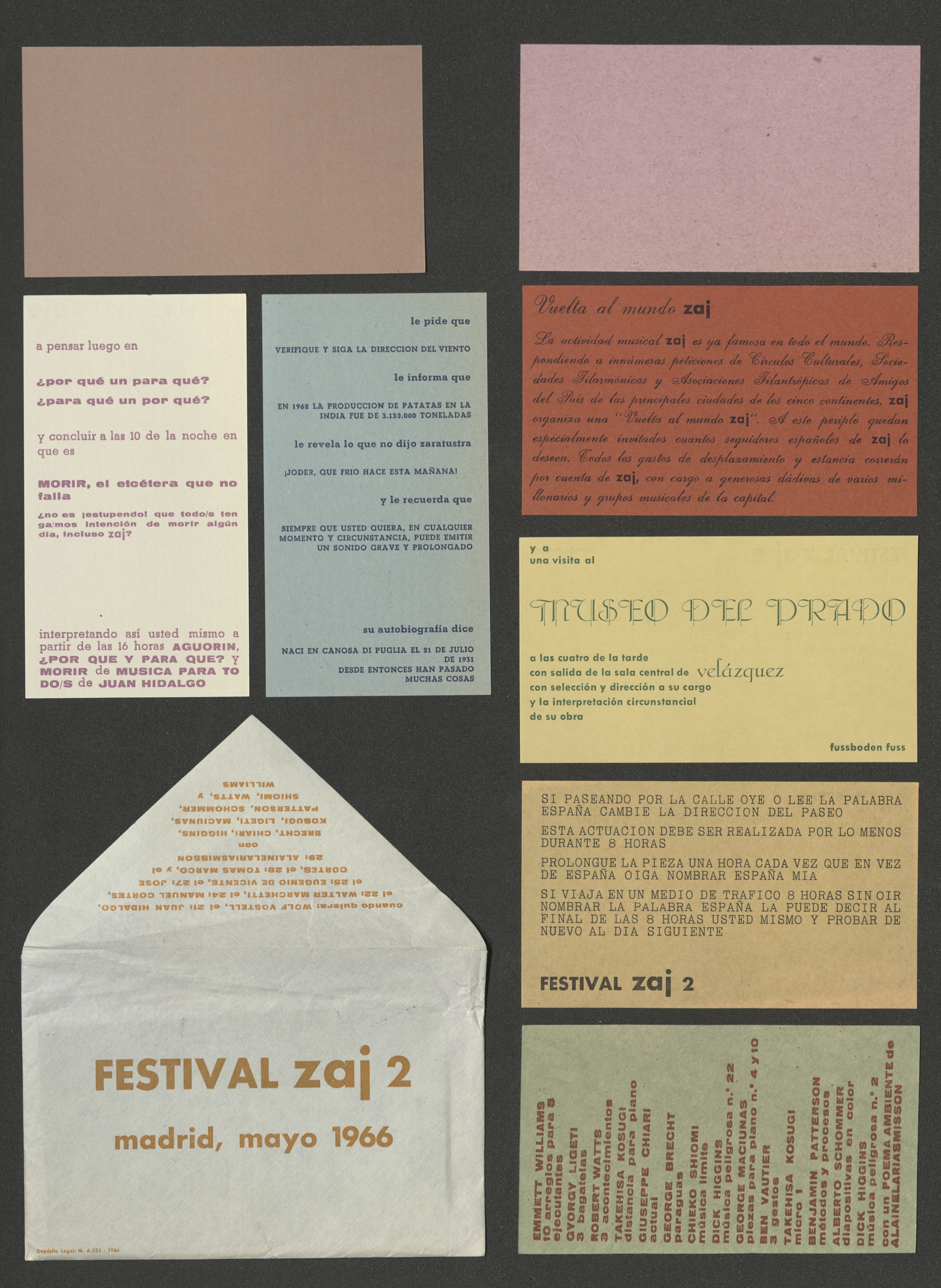 Further Information: Zaj was founded in 1964 in Madrid by Juan Hidalgo and Walter Marchetti. Their foundation was based on the experimental traditions of John Cage, and they sought to establish the practices of happenings and performances in Spain. They were also deeply connected to the international Fluxus movement. Their work included music, language, composition and actions, as well as the process of art-making (rather than the completed art object).

The first Zaj festival was organized for November and December 1965, and consisted of five concerts by Max Neuhaus and Juan Hidalgo, a party by Martín Chirino, and the musical journey Viaje a Almorox. The second edition of the festival took place at the Superior School of Architecture in Madrid, including many international artists who exhibited in Spain for the first time. Zaj 2 also reflected the same travel motifs seen in the first edition’s works, such as El recorrido japonés by Juan Hidalgo (1964). The different cards invited the public to take part in or witness the events taking place throughout the city. At 10 a.m. on May 21, 1966, Hidalgo invited the public to become part of a version of Walter Marchetti’s Quartetto nr. 2 (la caccia) at the lake in the Retiro Park in Madrid. Whereas the card for Vuelta al mundo looked for participants to travel together around the world. (See Javier Ariza, Las imágenes del sonido: una lectura plurisensorial en el arte del siglo XX, 2003).

ZAJ was dissolved in 1993. More information can be found via Museo Reina Sofia, who dedicated a retrospective exhibition to the collective in the mid–1990s. museoreinasofia.es/en/exhibitions/zaj