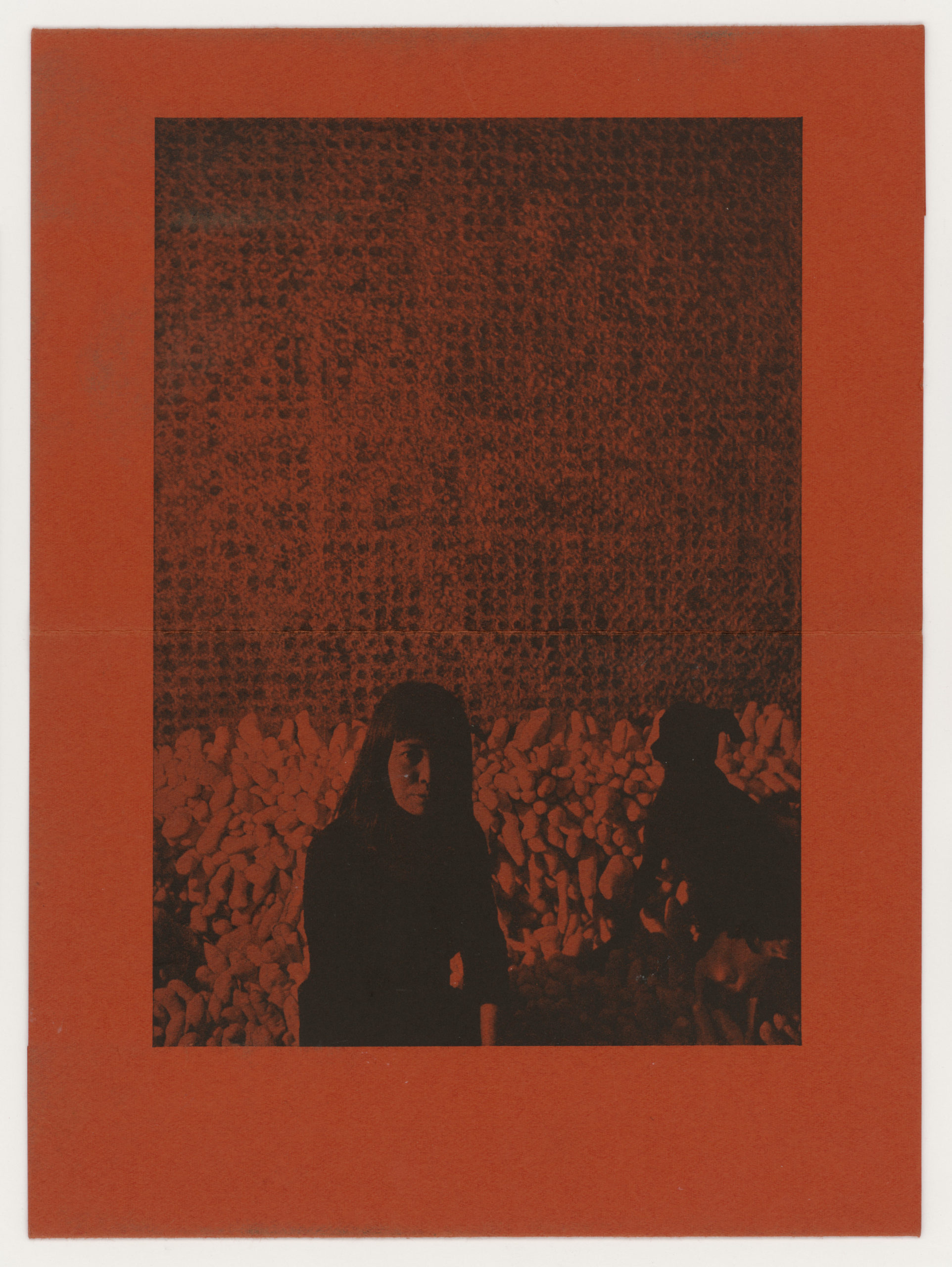 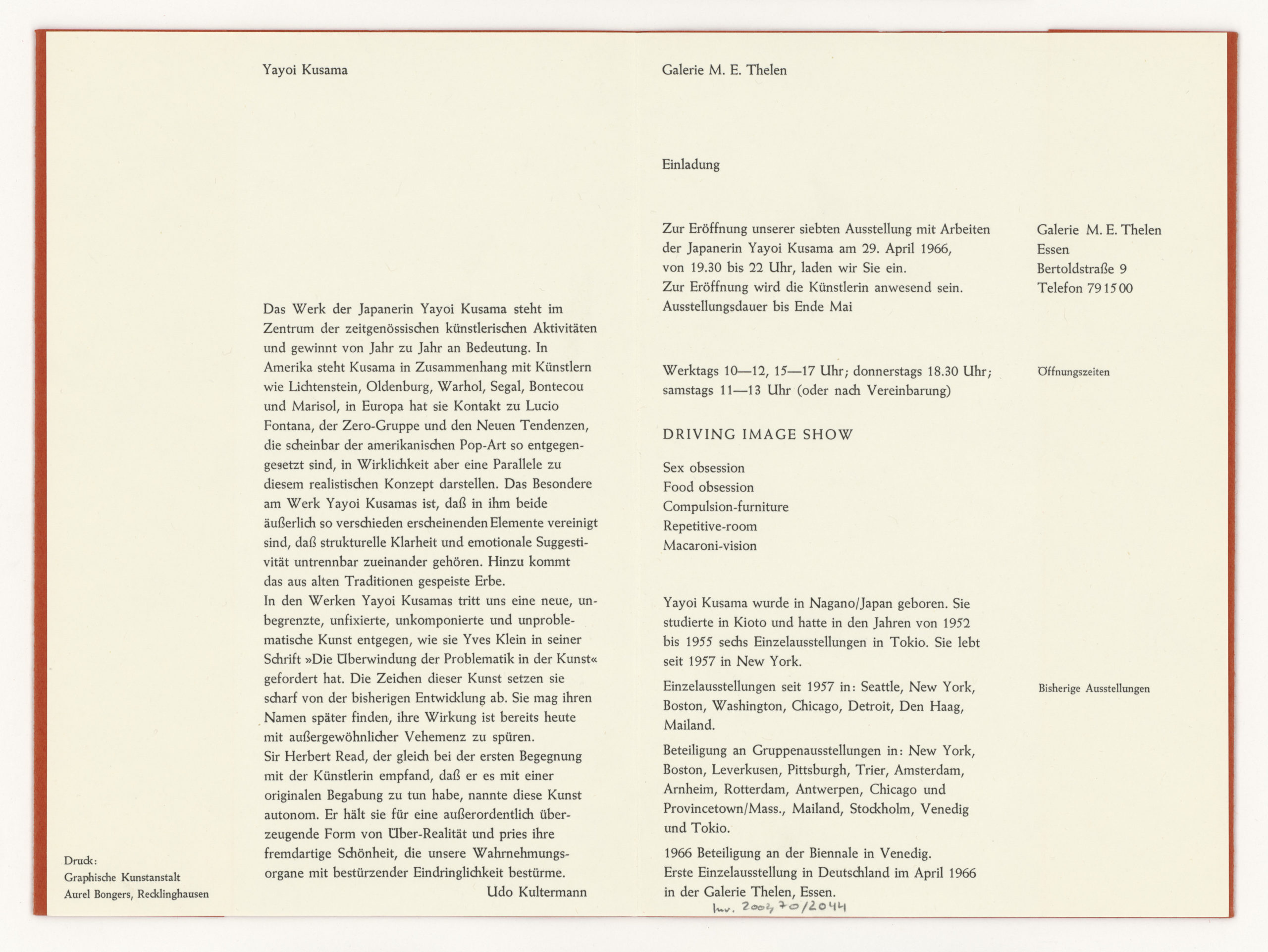 Duration: April 30–end of May

Further Information: Driving Image Show was Yayoi Kusama’s first exhibition in Germany. In later years, the Japanese artist has become famous for creating large sculptures and environments using repetitive dotted patterns. She held her first solo exhibitions in Japan in the 1950s, before moving to New York in 1957. Driving Image Show is her second exhibition of an environmental installation after the Aggregation: One Thousands Boats Show (1963). In the invitation, the exhibition is announced with the words “Sex obsession, Food obsession, Compulsion-furniture, Repetitive-room, Macaroni-vision.”

Driving Image Show was first exhibited at the Richard Castellane Gallery in New York in 1964. In January 1966, the show traveled to Galleria D’Arte in Milan before it was shown at Galerie Thelen in May that same year. In her installations, Kusama typically created immersive environments using the walls and floors of the exhibition space. Working with infinite repetitions, Kusama painted the walls in bright patterns, while the floors were covered with objects. The art historian Midori Yoshimoto describes the show at Galerie Thelen as follows: “Comprised of a kitchen, a dressing room, and a guest room, the show presented a domestic interior covered with numerous phallic protrusions and inhabited by macaroni-covered mannequins. The floor was also covered with macaroni so that viewers’ steps made cracking sounds” (Midori Yoshimoto. Into Performance: Japanese Women Artists in New York, Rutgers University Press, 2005, p. 59).

In an interview, Kusama commented on Driving Image Show: “I feel as if I were driving on the highways or carried on a conveyor belt without ending until my death. This is like continuing to drink thousands of cups of coffee or eating thousands of feet of macaroni…. I am deeply terrified by the obsessions crawling over my body, whether they come from within me or from outside. I fluctuate between feelings of reality and unreality.” (via: artspace.com).

Further Links: See a photo of the exhibition via galerie-joellenbeck.de