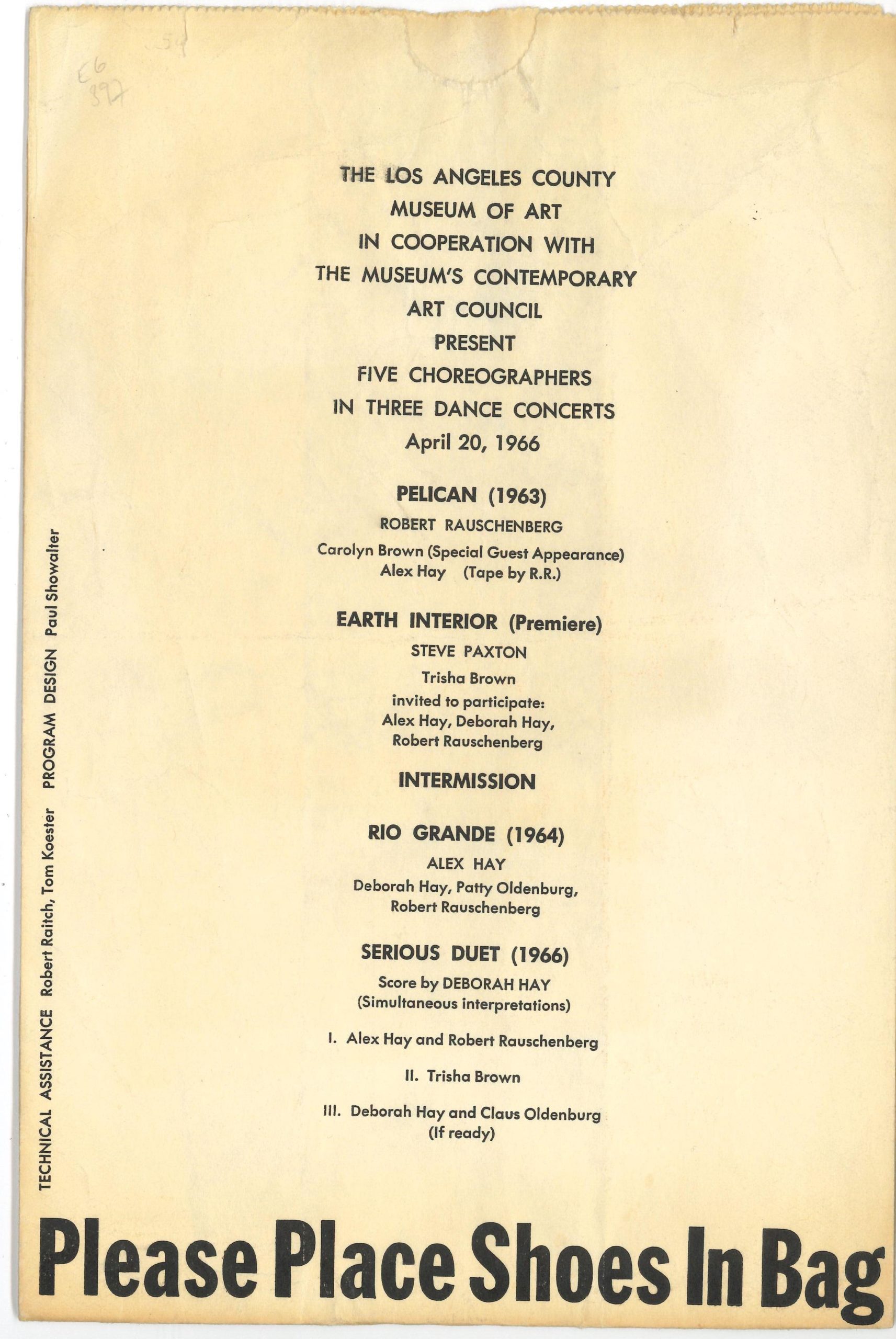 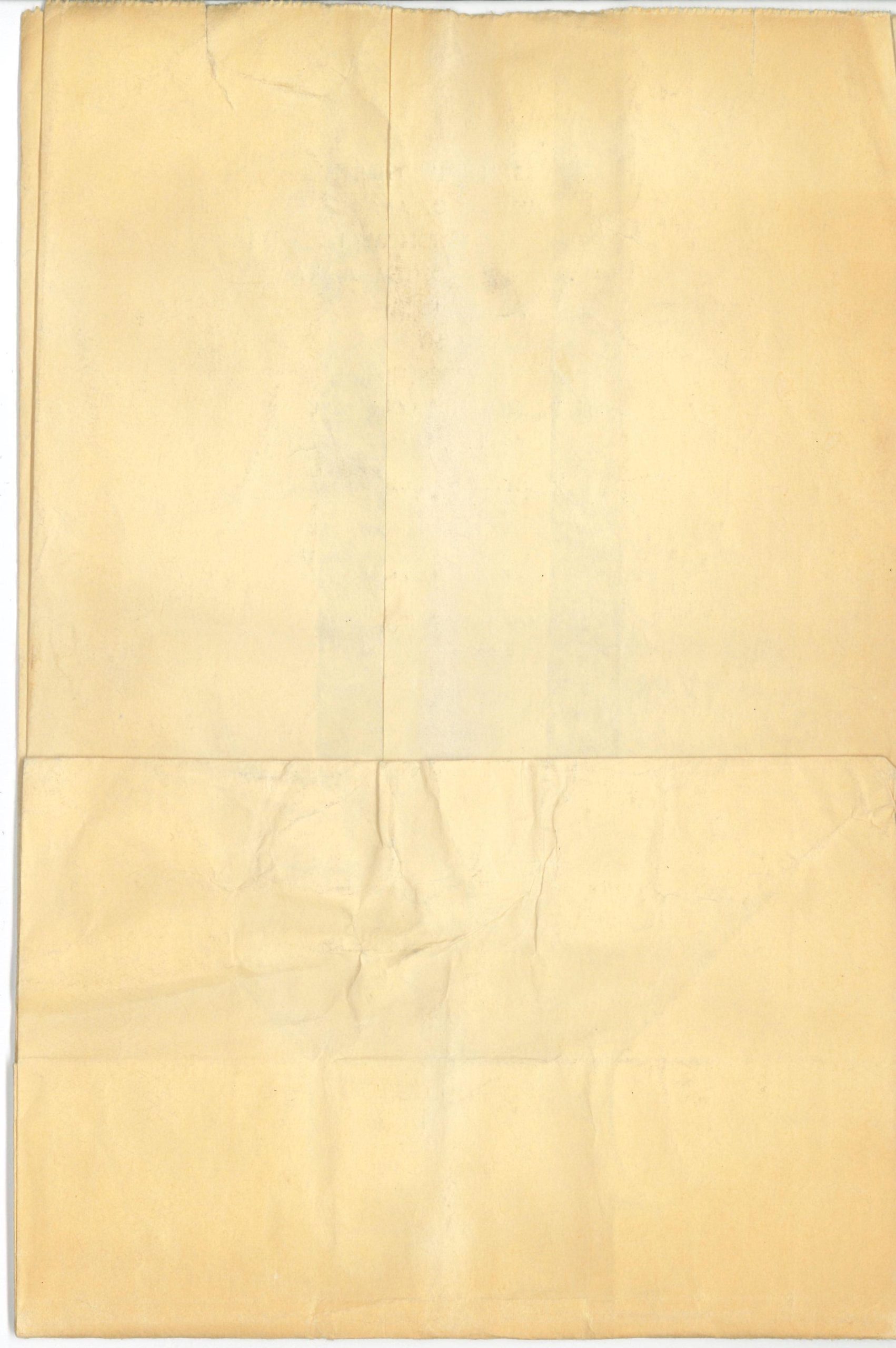 Further Information: Five Choreographers in Three Dance Concerts was part of LACMA’s public program, which took place at LACMA and the Rollerdome in Culver City. The announcement for the event on the evening of April 20, 1966, was printed onto a shoe bag. The flyer for the second evening on April 22 featured images of Robert Rauschenberg’s performance Pelican, in which the artist wears roller skates with a parachute on his back (link to images).

Rauschenberg first performed Pelican together with Carolyn Brown and Per Olof Ultvelt at the Pop Festival in Washington D.C. on May 9, 1963. It was the first piece he choreographed and designed. “For the presentation of Pelican, the two male dancers entered the rink in wheelbarrow fashion, their hands pulling their bodies forward as their padded knees rested on the chromed axles of the bicycle wheels. In another section, Carolyn Brown danced on point while around her swooped Ultvelt and Rauschenberg on roller skates, both wearing Rauschenberg’s stylized landing gear. The men also created swirling configurations with the parachute silk by balancing their bodies on one part of the bicycle wheel apparatus and turning themselves on the hubs of the wheels resting on the floor. In recalling the event, Rauschenberg remarked that the roller skates, like so many of his props, were an example of a use ‘of the limitations of the materials as a freedom that would eventually establish the form.’ (From Robert Rauschenberg, National Collection of Arts, 1976). Although Rauschenberg lived between New York and Florida, Los Angeles played a pivotal role in his career.

During the event, choreographers and dancers from the Judson Dance Theater in New York such as Trisha Brown, Alex Hay, Deborah Hay, Claes Oldenburg, Patty Oldenburg, and Steve Paxton performed together in several pieces such as Earth Interior (choreographed by Paxton), Rio Grande from 1964 by Alex Hay, and Serious Duet (1966) by Deborah Hay.

Images: Images of this invitation are part of the online collection of Archiv der Avantgarden, Staatliche Kunstsammlungen Dresden.