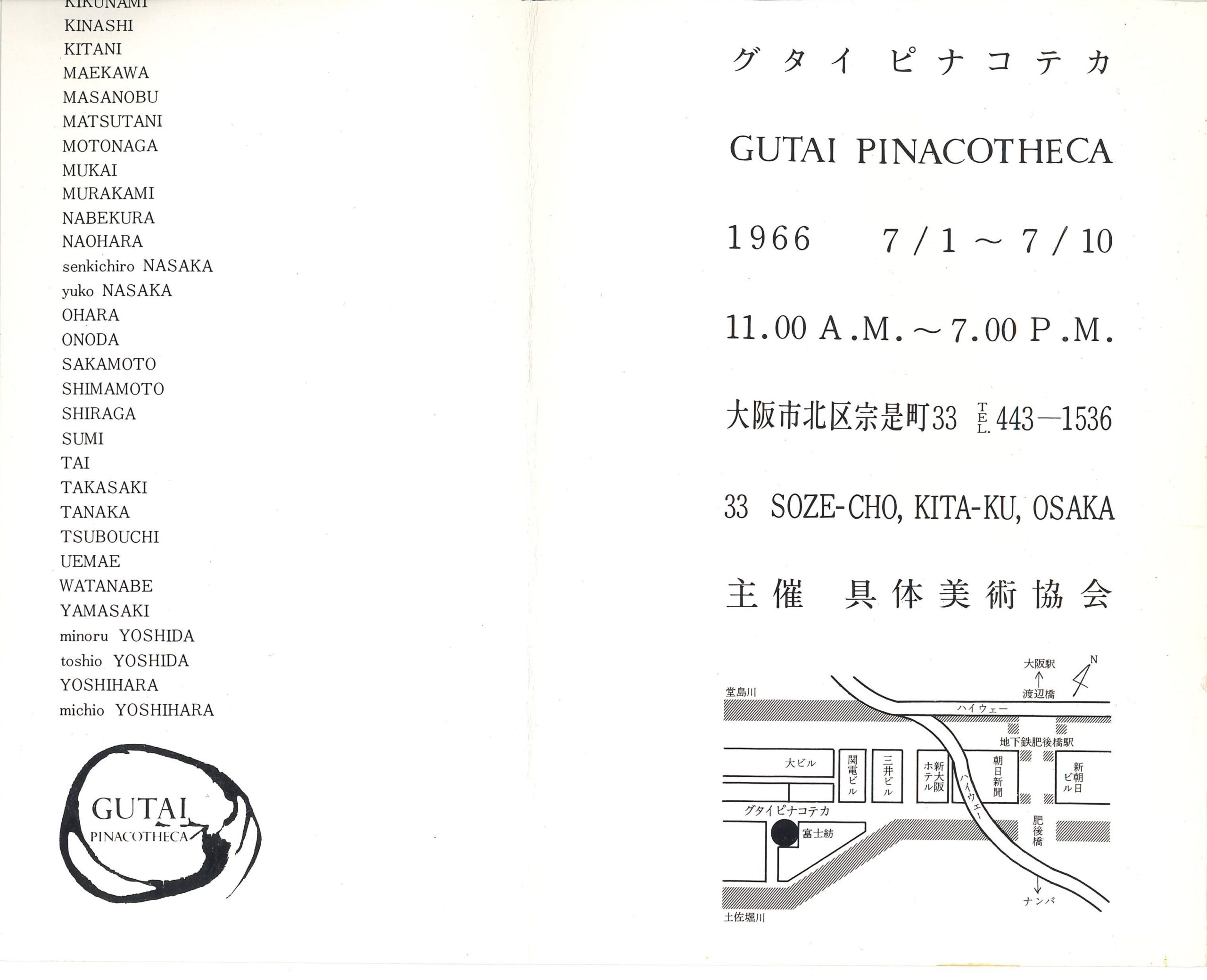 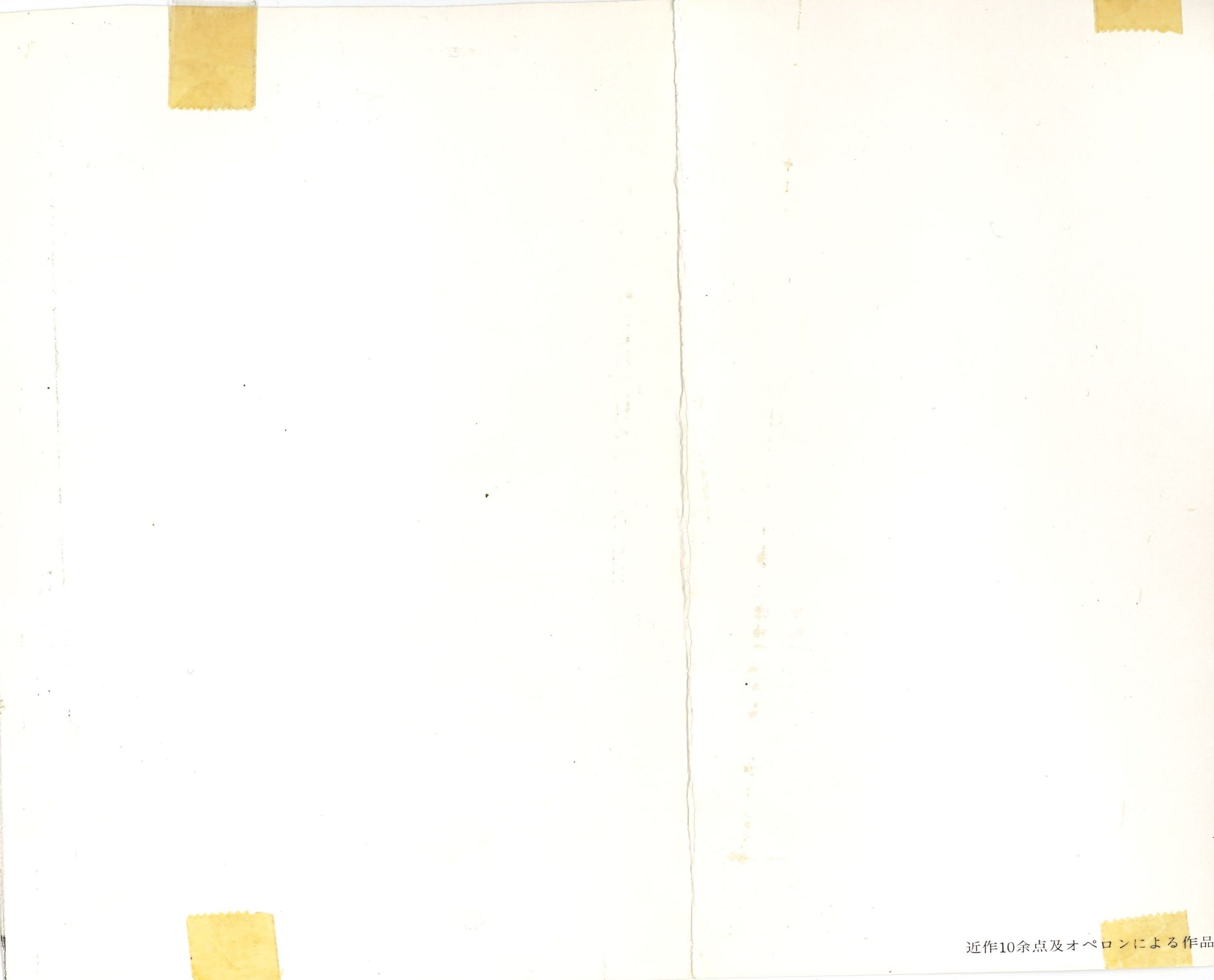 Further Information: The Gutai Group was a radical, Japanese, postwar association of artists founded by Jirō Yoshihara in Ashiya, a small town near Osaka, in 1954. Gutai engaged in performances, happenings, and conceptual art, gaining international acclaim after their first exhibitions in New York in 1958. The Gutai Pinacotheca—the group’s exhibition space—was named by the French art critic Michel Tapié, who discovered the group during his trip in Japan in 1957 and became a fervent supporter of the artists. The exhibition space opened in 1962, and was located near Osaka, where Yoshihara owned some storehouses. The Pinacotheca supported Gutai Group members, showed international artists such as Lucio Fontana, Giuseppe Capogrossi, and Sam Francis, and hosted many visitors like Jasper Johns, John Cage, and Robert Rauschenberg. The Pinacotheca closed its doors in April 1970.

Images: Images of the invitation are part of the online collection of Archiv der Avantgarden, Staatliche Kunstsammlungen Dresden.

Galerie Heide Hildebrand, based in Klagenfurt, Austria, was one of the biggest supporters of the Gutai Group in Western Europe. From early on, Heide Hildebrand organized many group and solo exhibitions with Gutai artists. The letter from Jori Yoshihara, the founder and key representative of the Gutai group, announces the closing of the Pinacotheca in April 1970, and the planned opening of the mini Pinacotheca next year.