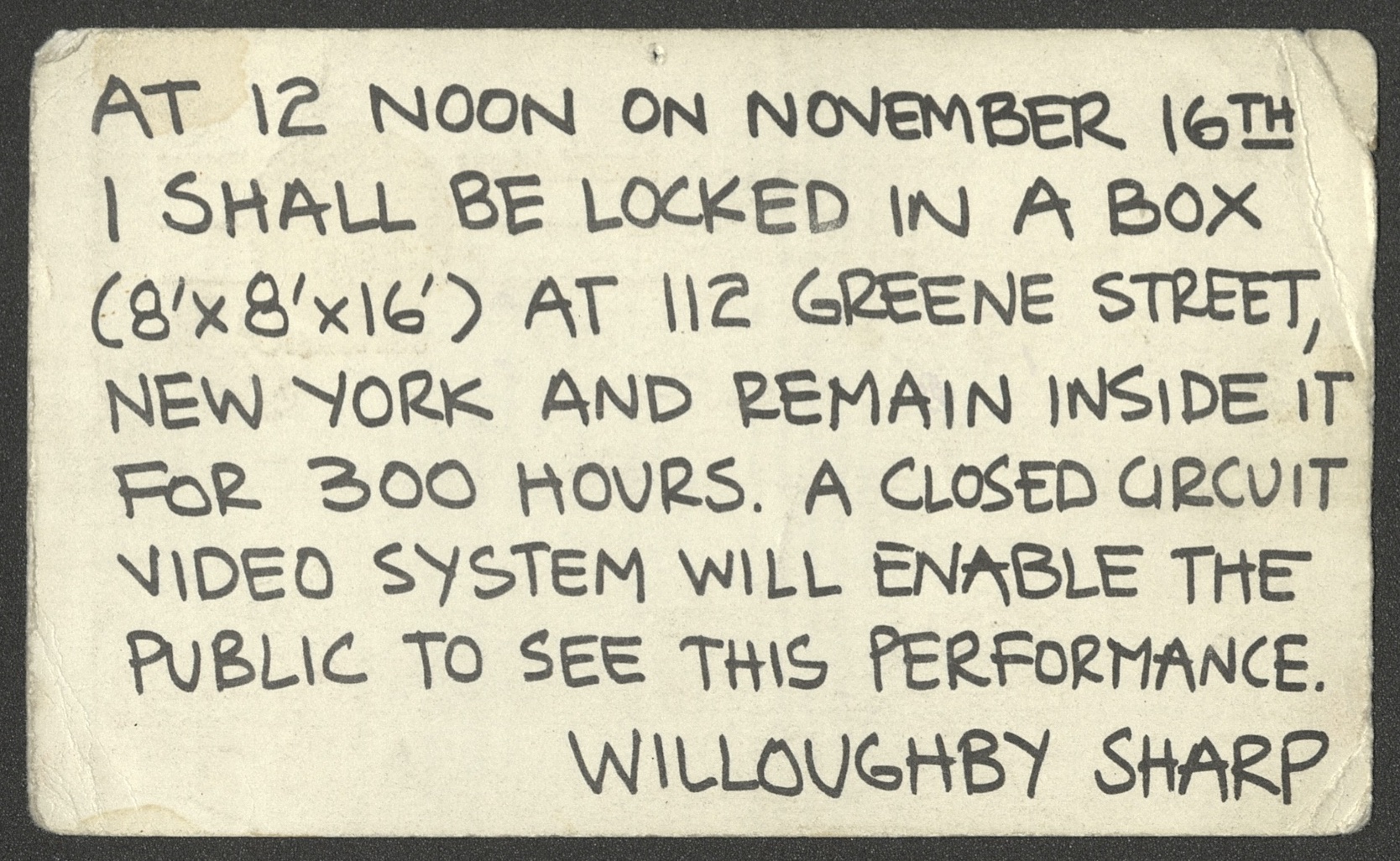 The invitation for this special event, which took place during the exhibition, is handwritten: “At 12 noon on November 16th I shall be locked in a box (8′ x 8′ x 16′) at 112 Greene Street, New York and remain inside it for 300 hours. A closed circuit video system will enable the public to see this performance. Willoughby Sharp.” Staging a Closed Circuit Video Performance, Sharp used a monitoring video technique today mostly referred to in its abbreviation as CCTV, often used by the police and security forces in public spaces. Although concealed in a box, Sharp used CCTV to allow every visitor to see him locked inside for 300 hours. This was not his first closed-circuit performance: in March 1969, he realized the closed-circuit b/w video sculpture Einstein’s Eye, exhibited at the Richard L. Feigen Gallery in Soho, N.Y. In 1971, he curated a four-hour closed-circuit live video performance with Vito Acconci at 93 Grand Street, New York.

Willoughby Sharp, who was also a filmmaker, realized the film POP ART U.S.A. ( 54.5 min., produced and broadcast by the Westdeutscher Rundfunk, WDR) together with Wolfgang von Chmielewski. The film can be seen in the video archive of the Westdeutscher Rundfunk. The invitation poster below is an announcement for a preview screening at the Kunstakademie Düsseldorf, which took place on September 25, 1966, at 8 p.m.