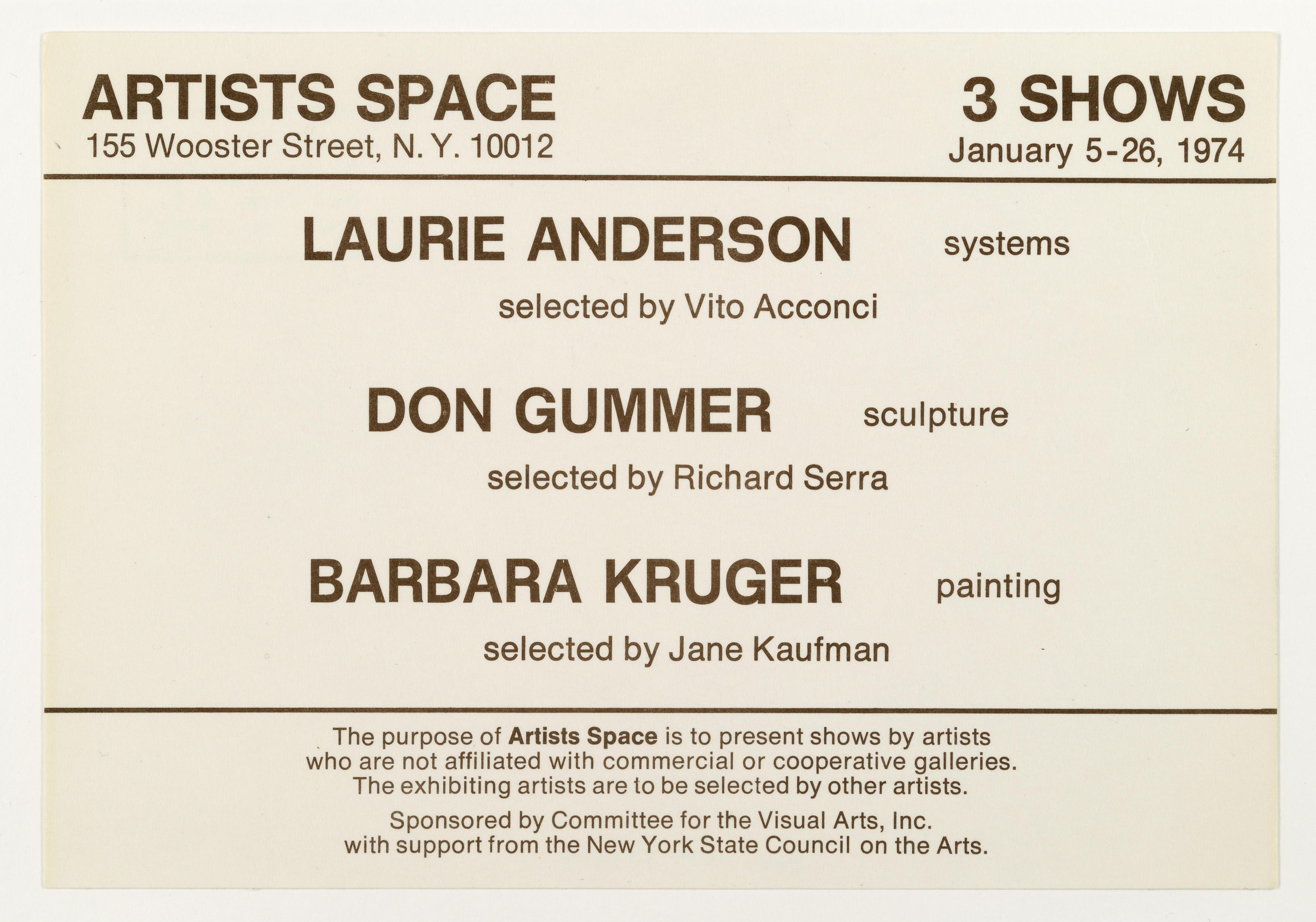 Further Information: The show was based on an uncustomary premise of invitation, in which established artists invited emerging ones. This group show—or rather these three solo shows taking place simultaneously—therefore consisted of a rather uncommon mixture. Barbara Kruger, who became a pioneer of appropriation art and established a unique political undertone in her artworks, Laurie Anderson, a performance artist, filmmaker and musician, as well as the sculptor Don Gummer, made up an unusual combination.

Founded in 1972, Artists Space was a non-commercial and artist-run project space on Wooster Street in New York, which still exists today (https://artistsspace.org). It was originally conceived as a space for artists who had no gallery representation. Artists Space gained much attention with Pictures, an exhibition curated by Douglas Crimp in 1977, said to have been a decisive influence on the beginnings of Appropriation Art.

Laurie Anderson is both a performance artist and musician. In 1977, Anderson launched her single O Superman that brought her international success.

Three years after the show at Artists Space, Laurie Anderson held an exhibition at the Holly Solomon Gallery––run by art dealer and collector Holly Solomon.