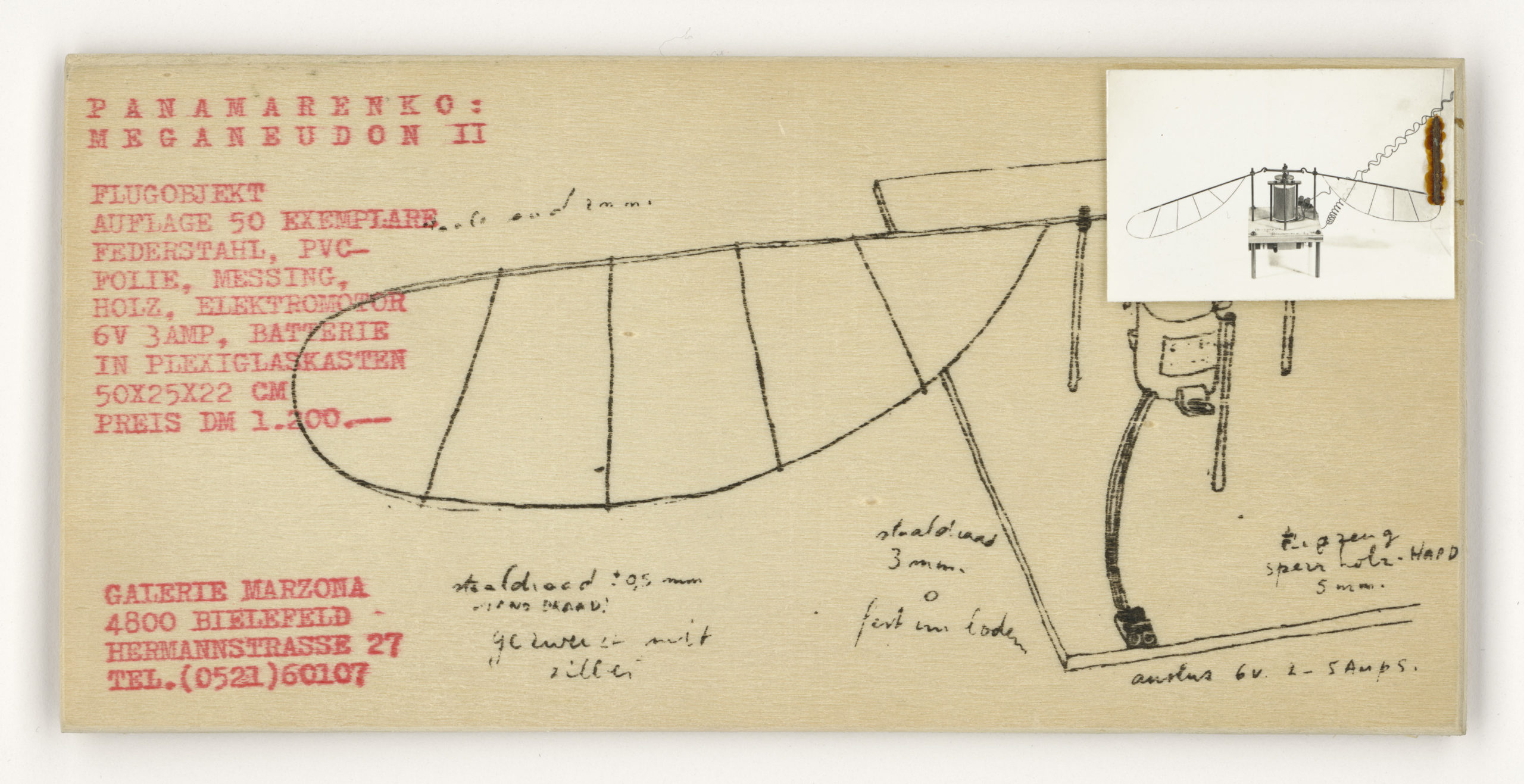 Further Information: Throughout his artistic practice Panamarenko (born Henri Van Herwegen) constructed bizarre flying machines, inventing gigantic airships, gliders, and zeppelins. Following the tradition of Leonardo da Vinci, the artist created curious objects inspired by thoughts free from gravity—none of which ever flew. The painter, sculptor, performance artist, and poet often worked between disciplines, maneuvering between science, technology, and art. Panamerenko claimed potential flight capability for all his aircraft, although the utopian and poetic constructions always remained at the fore.

The invitation card to the show at the Galerie Marzona in Bielefeld shows a sketch and a photograph of yet another flight object. In an edition of 50, the object was made of “spring steel, PVC foil, brass, wood, electric motor 6V 3 AMP, battery in Plexiglas box,” at a size of 50 x 25 x 22 cm. It could be purchased for 1,200 Deutsche Mark.

Galerie Marzona belonged to the art collector and previous owner of the Archiv der Avantgarden collection in Dresden, Egidio Marzona. He opened the gallery in 1972 in Bielefeld, yet closed it only after a short while as, he later stated, it no longer satisfied his curiosity.

One of the best known affiliates of Pop Art, Jim Dine also showed a selection of prints and drawings at the Egidio Marzona gallery in 1973. The show opened on May 18 at 8 p.m. The images of this invitation belong to the collection of Archiv der Avantgarden, Staatliche Kunstsammlungen Dresden.