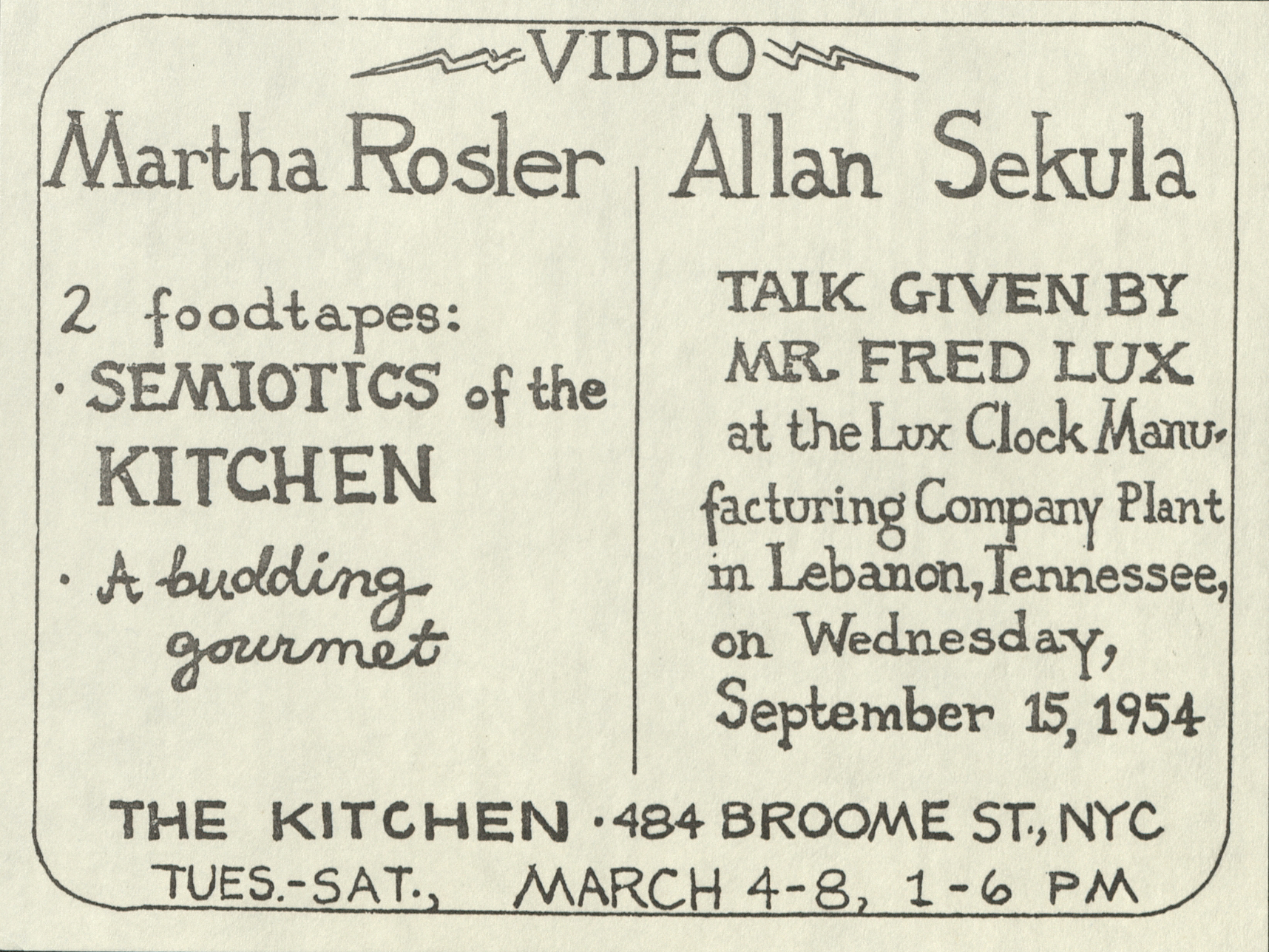 Artists: Martha Rosler (Foodtapes: Semiotics of the Kitchen, and A Budding Gourmet), Allan Sekula (Video: A Talk given by Mr. Fred Lux at the Lux Clock Manufacturing Company Plant in Lebanon, Tennessee, on Wednesday, September 15, 1954)

Further Information: One of her most notable works, Martha Rosler’s video Semiotics of the Kitchen is a satirical feminist critique, imitating TV home-cooking shows aimed at housewives. Starring herself, Rosler introduces kitchen tools in alphabetical order, incorporating odd gestures of her body, which likewise seems to become a “kitchen implement”. (See the work in a YouTube clip in the box on the right). In screening the work at The Kitchen, a project space in New York’s Chelsea district, Rosler chose an exhibition and performance venue that was and still is of high importance for New York’s early avant-garde movements. The Kitchen was originally founded by Steina and Woody Vasulka in 1971.

Images: Images of the invitation and all other archival documents shown on this page, apart from the video, are part of the online collection of Archiv der Avantgarden, Staatliche Kunstsammlungen Dresden.

As an “off-off” space, THE KITCHEN was also an important venue supporting feminist movements within the arts. This is visible in its program and the festivals it hosted, including the Second Annual Women’s Video Festival in 1973. The program flyer can be seen below.