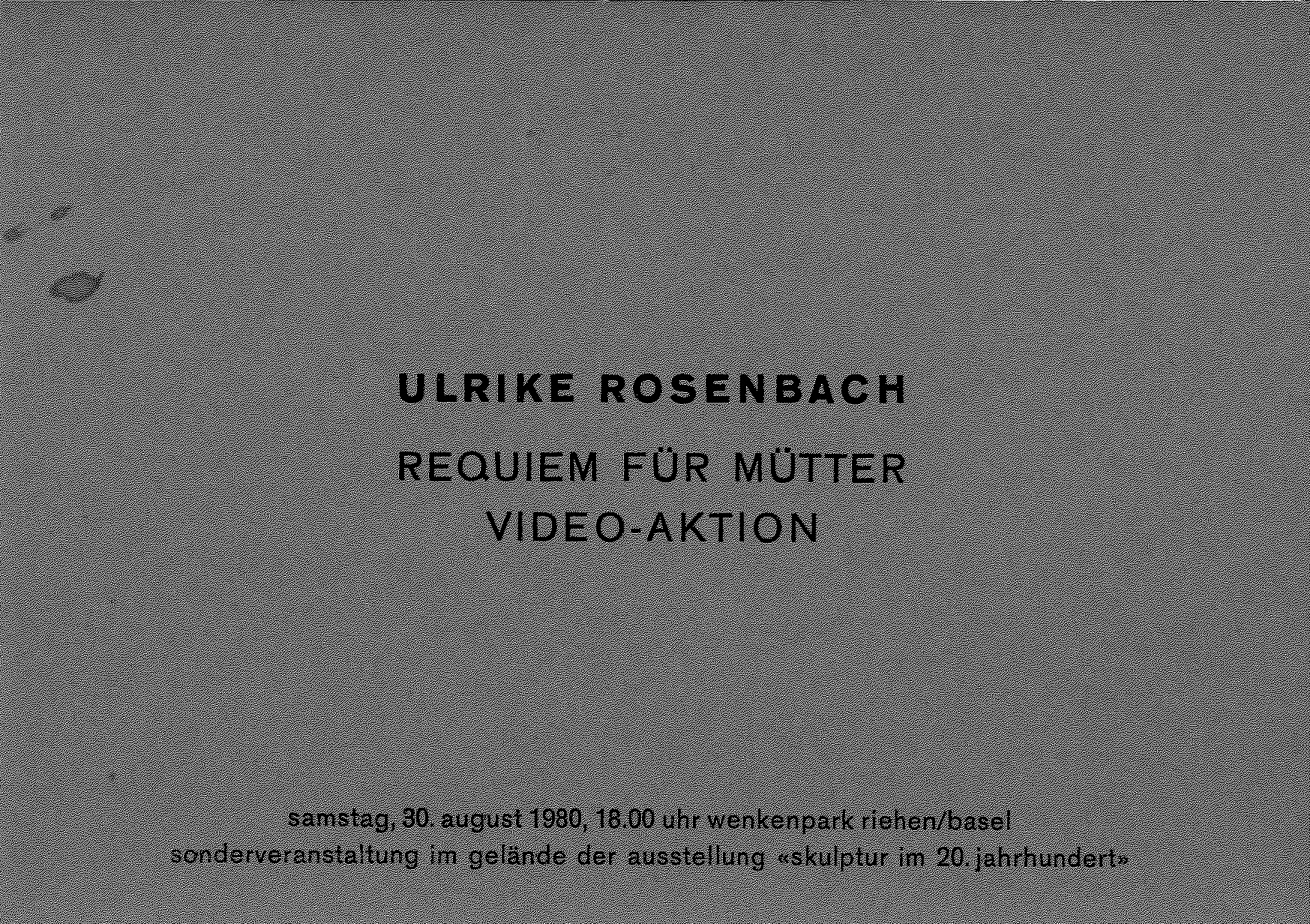 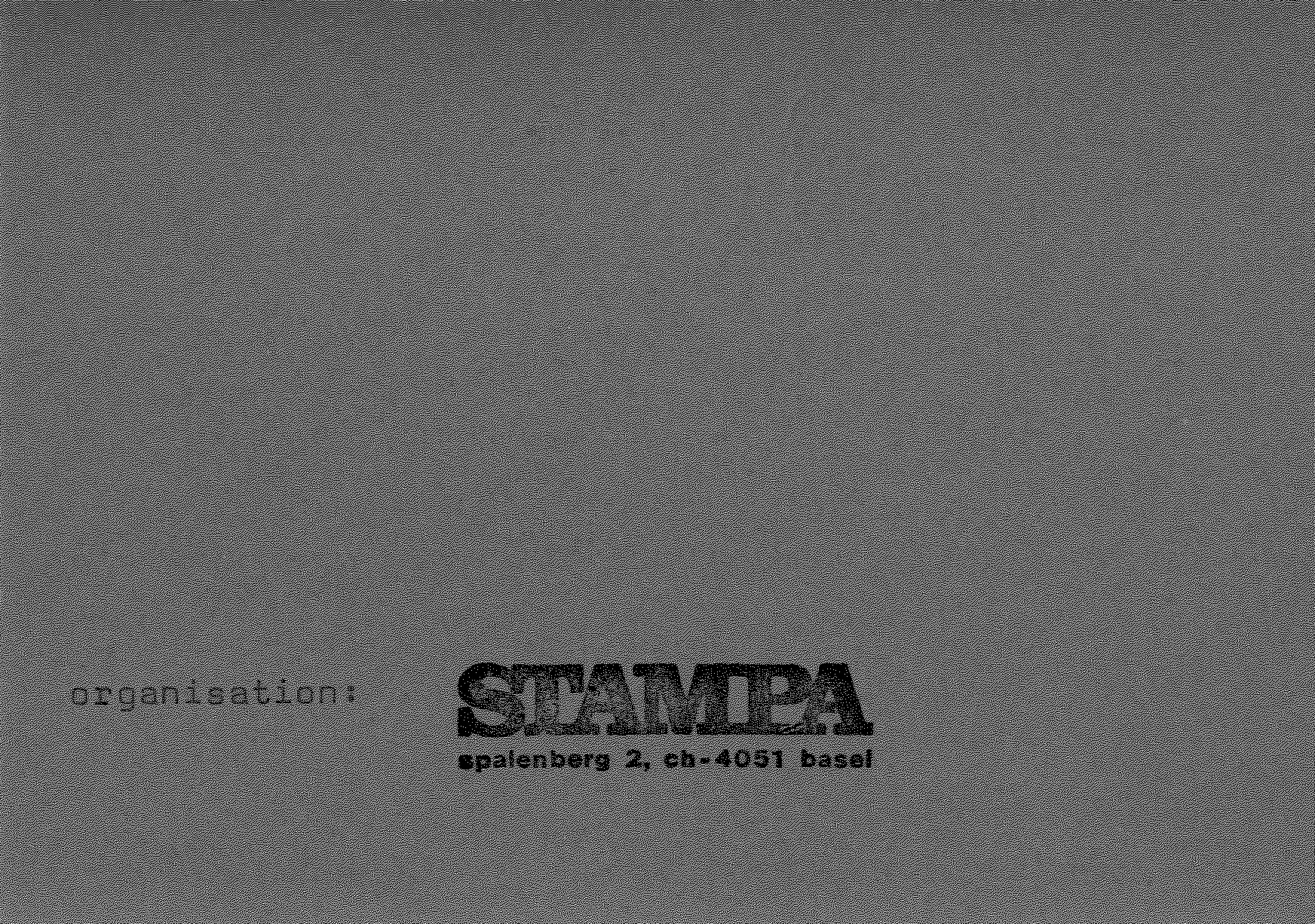 Venue: Organized by Galerie Stampa, the video-performance took place at Wenkenpark in Riehen, Basel, where the sculpture exhibition Skulptur im 20. Jahrhundert was installed.

Further Information: German artist Ulrike Rosenbach used video and performance in her artistic practice from an early point. In the 1970s, the artist started experimenting with potential meaning of “live” footage. In her so-called “Live-Actions”, Rosenbach performed an act while being filmed or while holding the camera herself. These actions largely resulted in single-channel documentary works.

In 1973, Rosenbach was invited by Willoughby Sharp, the founder of Avalanche Magazine, to perform Isolation is Transparent in New York. Later Rosenbach commented on this event as decisive moment for her artistic career: “In 1973 I was invited to participate in a very experimental and therefore important event in New York, where all my artist friends from New York met to work on their new ideas about electronic music and artistic action, called ‘performance art’. The room was called 112 Green Street in Soho and the participating artists were people like Chris Burden, Dicky Landry, Vito Acconci and many others.… My action was called Isolation is Transparent and was intended to show how direct ‘live’ video images, recorded and played back simultaneously with video (closed-circuit), differ from one another, due to the manipulation of the medium video” (via ulrike-rosenbach.de.)

In the live-action Requiem für Mütter [Requiem for Mothers] from 1980, Rosenbach performed at the Wenkenpark in Riehen, Basel, for 30 minutes while being recorded mostly from a single steady camera. At the beginning of the performance, the artist placed a camera on her chest, holding it with both arms while she rolled around her own axis on the park’s grass. You can watch the resulting video work of this live-action via stiftung-imai.de/videos.

Further Links: Images of the live-action via ulrike-rosenbach.de/performance-arbeiten.

Images: Images of this invitation are part of the online collection of Archiv der Avantgarden, Staatliche Kunstsammlungen Dresden.