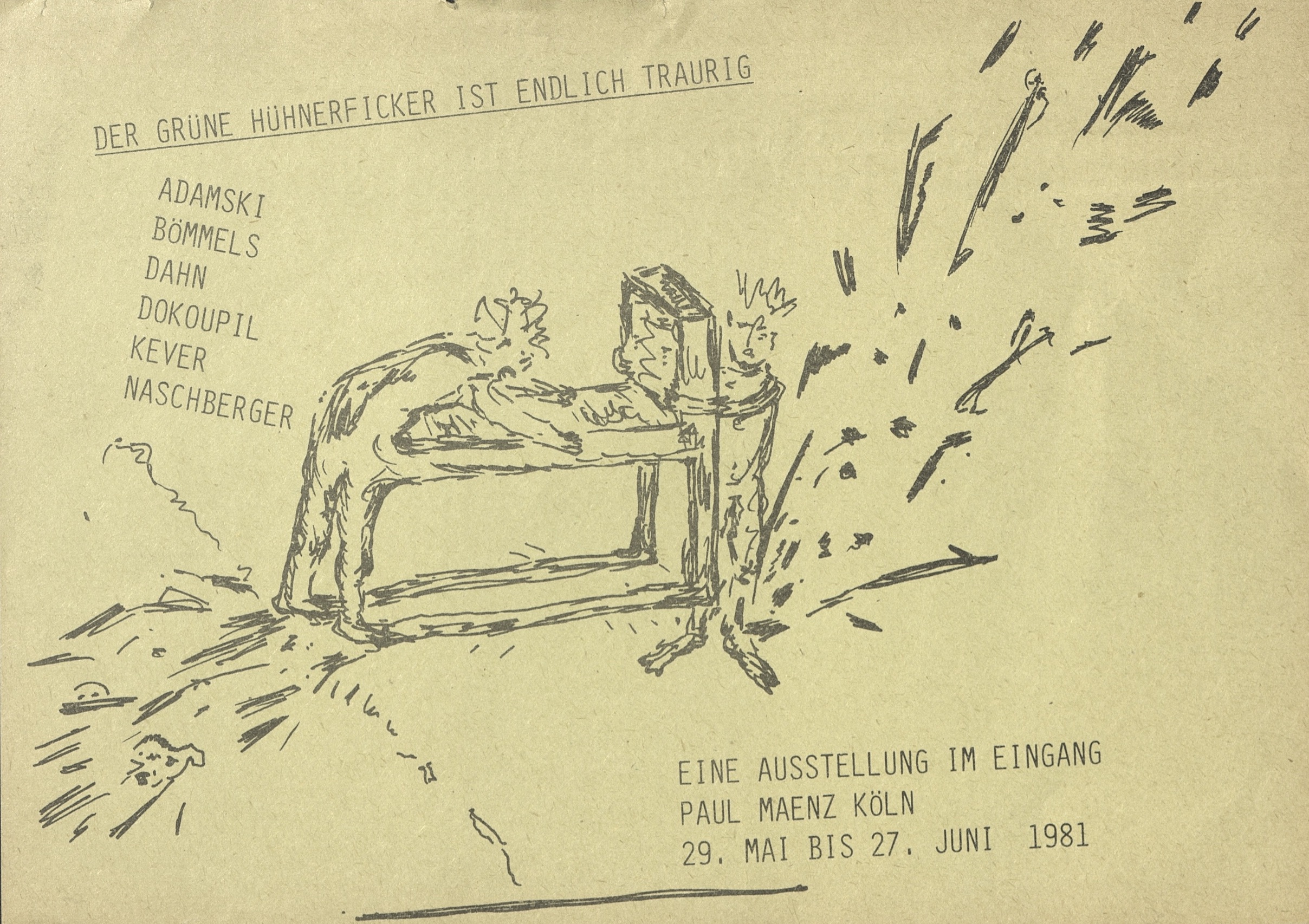 Further Information: Founded in 1979 in a backyard painting studio in the Mülheim district of Cologne, the Mülheimer Freiheit artist group included only male, expressionistic, and abstract painters. The name referred to the studio’s address, and was supposedly suggested by Wolfgang Max Faust, according to the Cologne-based art dealer Paul Maenz, who represented the group until 1983. Jiří Georg Dokoupil, often thought of as the head of the group (see this interview with Paul Maenz), together with Hans Peter Adamski, Peter Bömmels, Walter Dahn, Gerard Kever, and Gerhard Naschberger participated in many shows together. Many of them had significant commercial success in the US within a very short amount of time. The group had bold and provocative approaches to the art world, offering irony and humorous that was lacking in the more traditional conceptual and minimal art that had dominated for so long—yet they nonetheless profited from the market they critiqued. The group was dissolved in 1984.

Images: Images of the invitation and all other archival documents shown on this page, apart from the videos, are part of the online collection of Archiv der Avantgarden, Staatliche Kunstsammlungen Dresden.

The Mülheimer Freiheit group brought together painters from Cologne and other parts of Germany who shared a similar attitude towards the canvas and the art market. In 1980, they held a group exhibition at at Paul Maenz titled Mülheimer Freiheit & Interessante Bilder aus Deutschland.

The invitation card below belongs to a group of painters who are today referred to as part of Cologne’s Die Jungen Wilden. The movement, which the Mülheimer Freiheit group was a part of, appeared all over Germany in 1980, and included artists such as Markus and Albert Oehlen, Martin Kippenberger, Ina Barfuß, Werner Büttner, Georg Herold, and Thomas Wachweger.