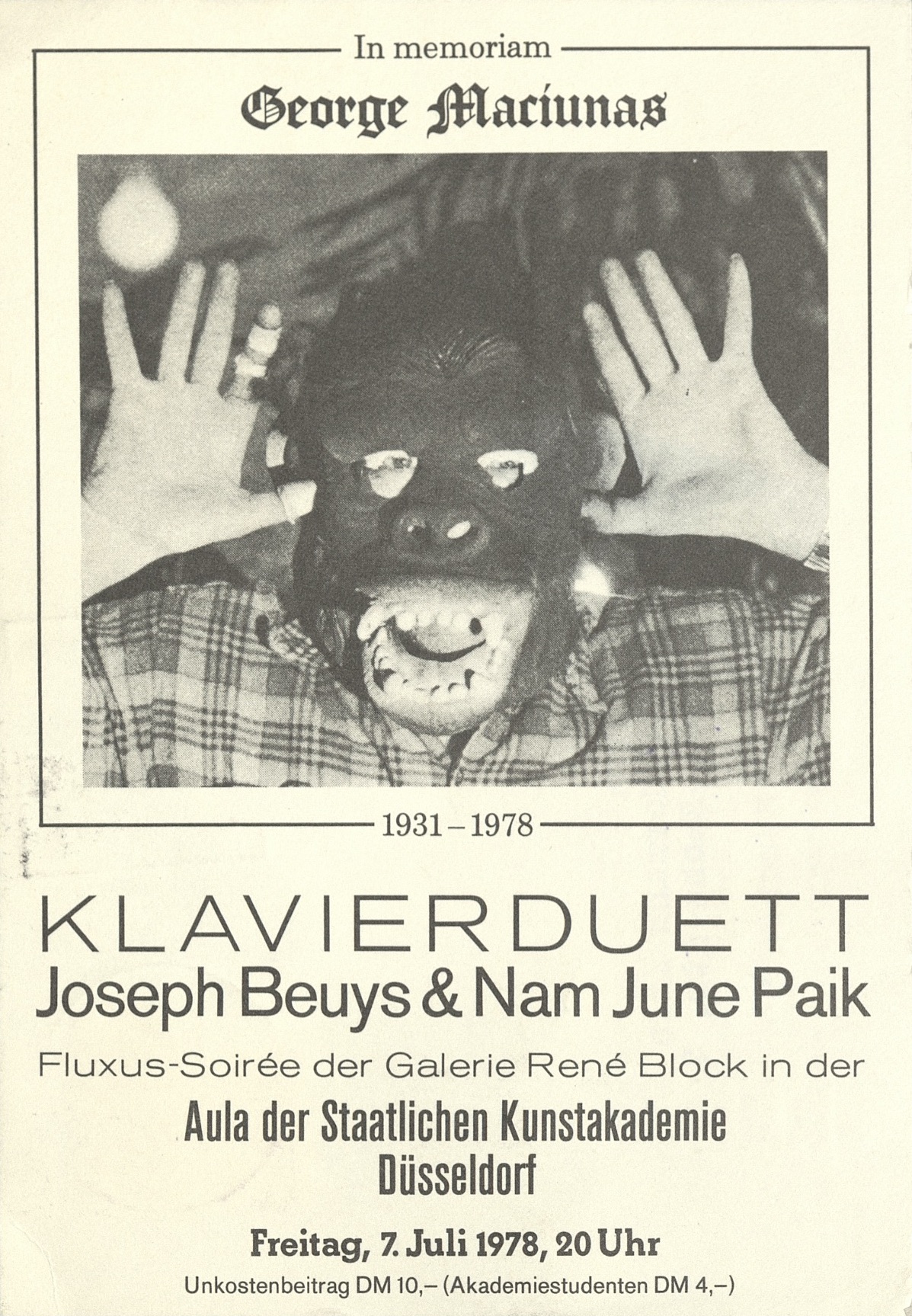 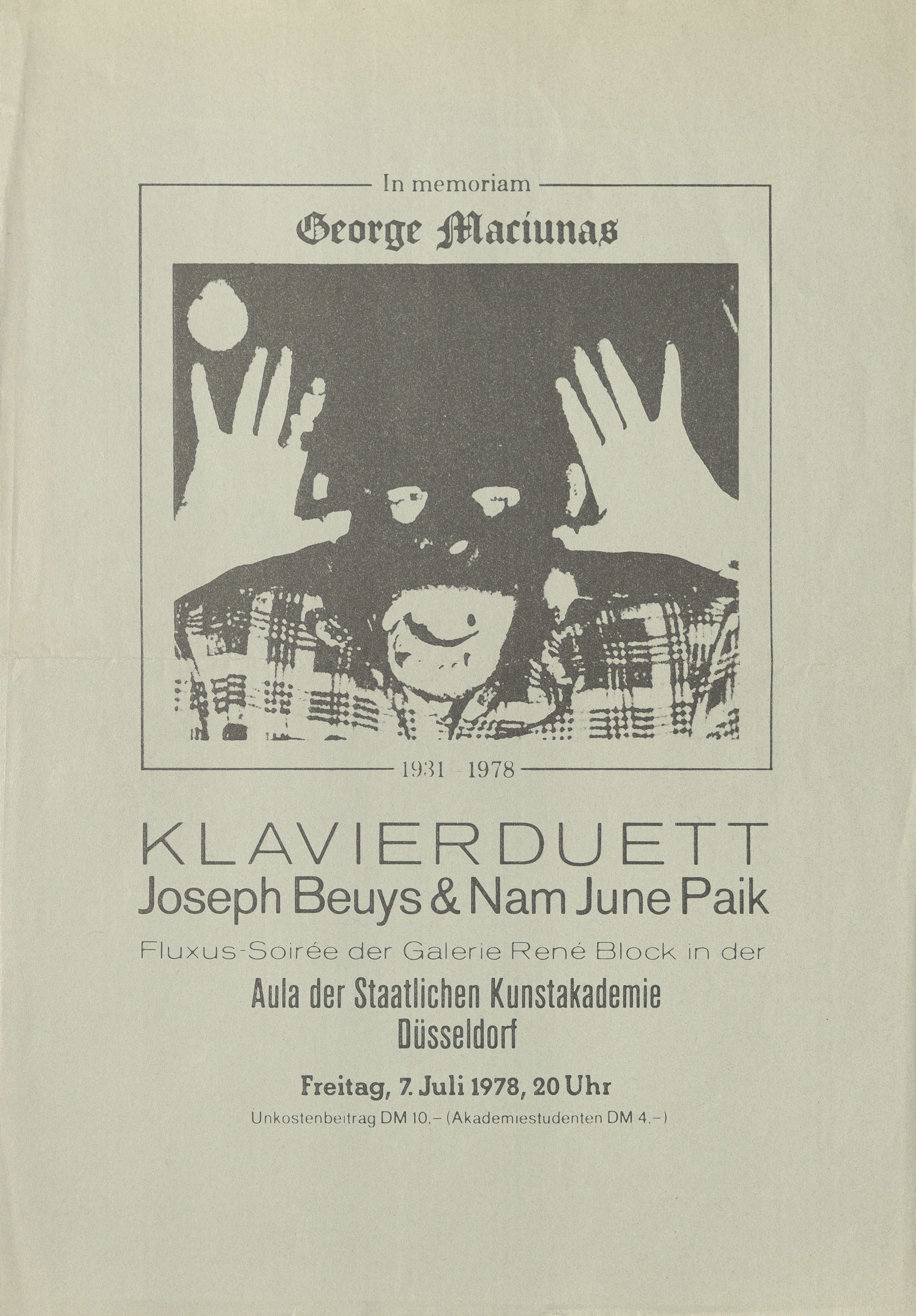 Further Information: Organized as a Fluxus soirée by Galerie René Block, Joseph Beuys and Nam June Paik played a double piano requiem concert dedicated to Fluxus founder George Maciunas, who had died on May 8, 1978. As an introduction, René Block reminded the audience that Maciunas had only been 47 years old; reversing this, Beuys and Paik would play 74 scores in total, each fifteen-minutes long. These scores included unusual sounds and actions, such as the sounds of a tape recorder, playing the piano with elbows, loud breathing, switching off lights and lighting candles, the loud ticking of a clock, and kneeling in front of the piano.

Playing at the Art Academy in Düsseldorf, where Paik had just been appointed guest professor, and from where, six years prior, Beuys had been fired from his professorship, both artists were familiar and somewhat conflicted with the venue. Around 500 people came to see the concert in the academy’s auditory hall, most of whom, as a newspaper review by Amine Hasse for the Rheinische Post describes, listened respectfully to the music. The money generated from the concert’s entry fee and the from the sale of the recording was used to finance the rescue of Maciunas’ estate, which included countless documents, recordings, and objects from the Fluxus movement. See a video of the event, the newspaper review, and a picture from the event in the box on the right.

George Maciunas was often referred to as “Mr. Fluxus”, as he outlined the basic manifesto for the Fluxus movement in 1963: