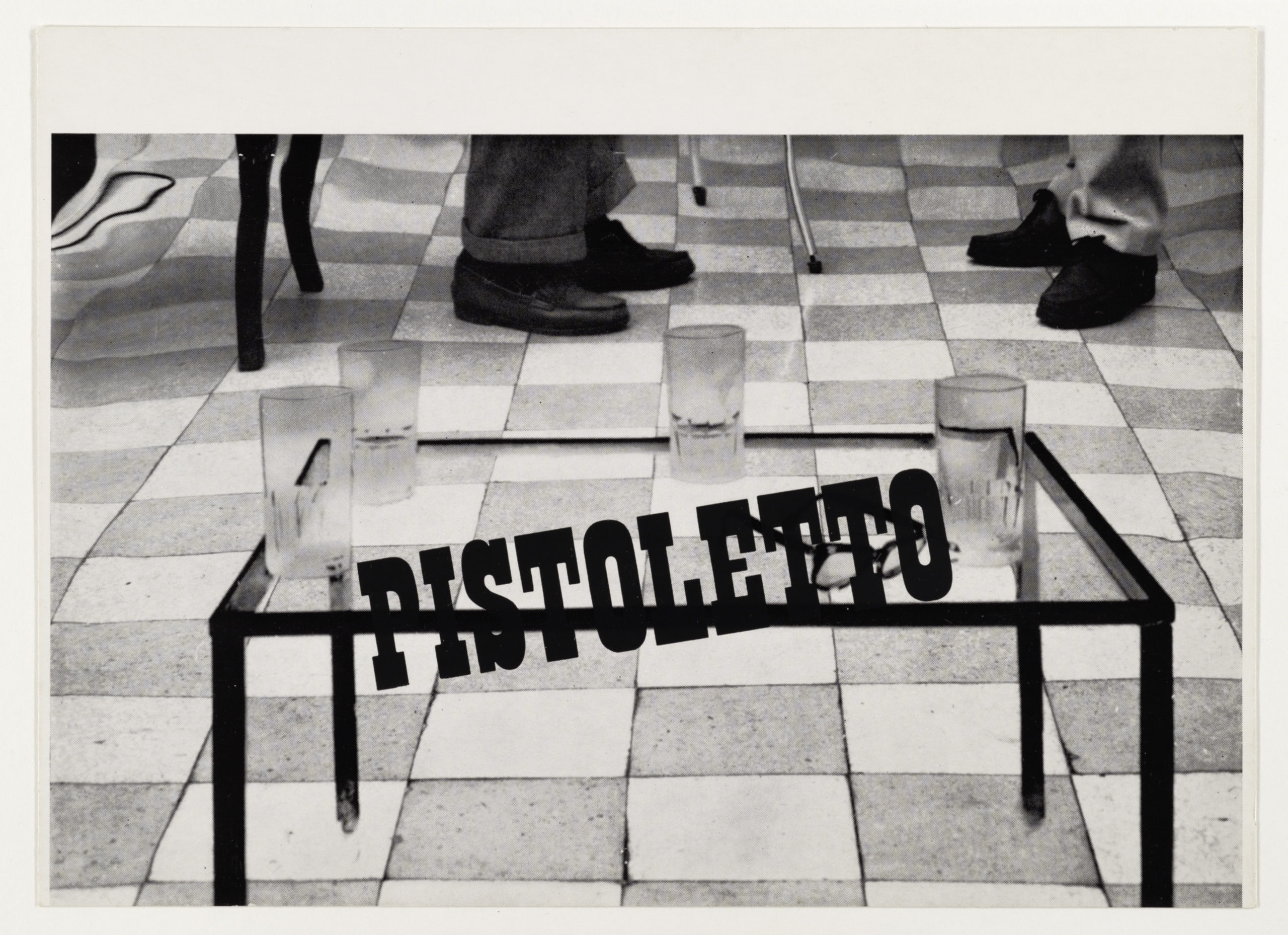 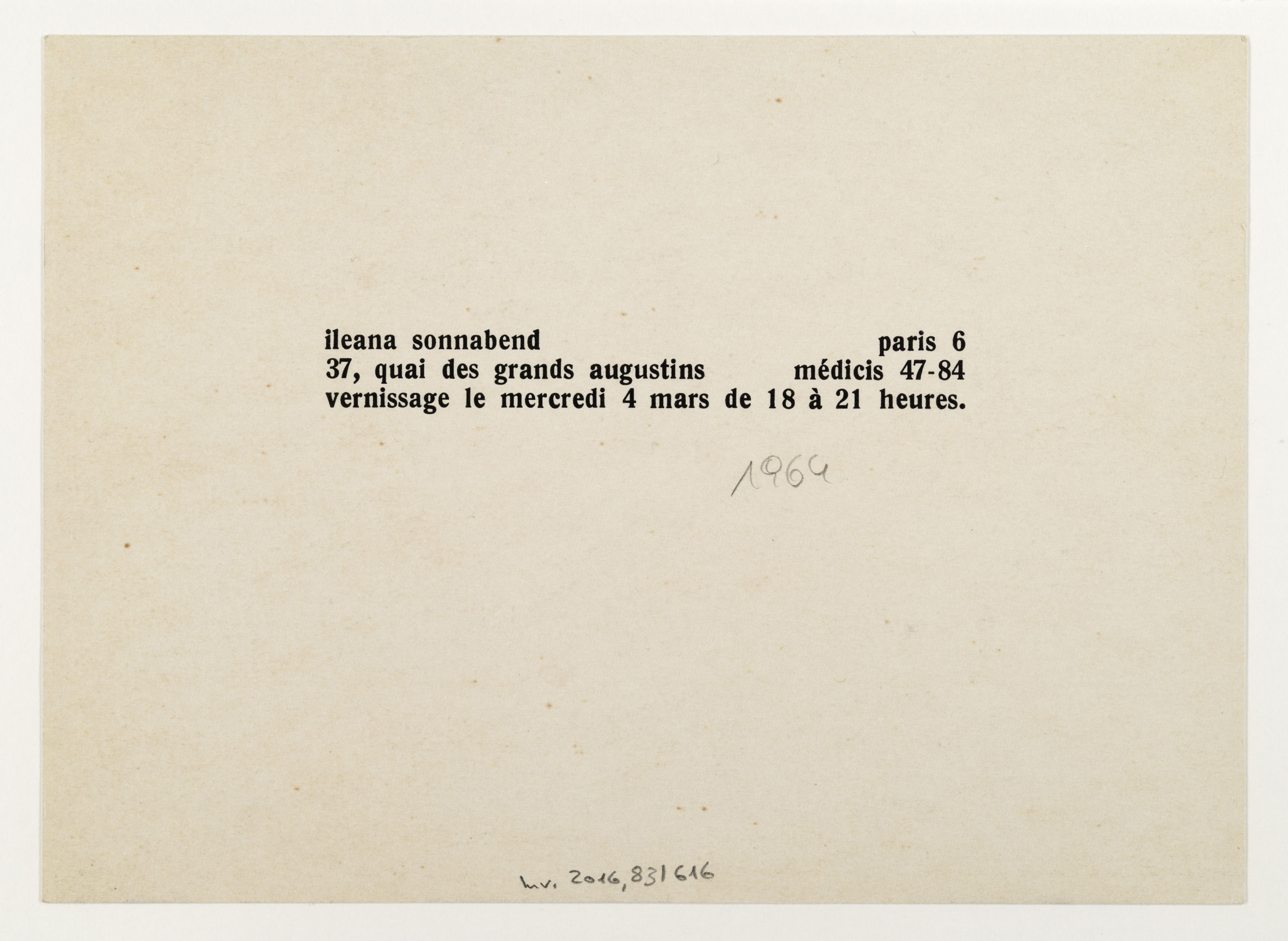 Pistoletto started creating Mirror Paintings in 1961, which were first shown at Turin’s Galatea gallery in April 1963. One month later, Pistoletto went to Paris and introduced himself to Ileana and Michael Sonnabend by showing them the catalogue from the show. The Sonnabends immediately gave Pistoletto a contract and included his works in the Dessin Pop group show in December 1963, before giving him a solo show in March 1964. With representation by Sonnabend, Pistoletto quickly gained access to the international art world. Before the term Arte Povera was coined in 1967, Pistoletto was shown mainly with artists associated with Pop Art and Nouveau Réalisme.

In an interview with Germano Celant, Pistoletto later recalled the meeting the Sonnabends as follows: “I realized there wasn’t any sort of assent or interest around me … So I took a trip to Paris. There I met Beppe Romagnoni who told me about a gallery where strange and interesting paintings were being shown. So I dropped by the Sonnabend Gallery and asked to see these paintings. In this way I first saw Rauschenberg, Jasper Johns, Rosenquist and Lichtenstein’s paintings, and Segal and Chamberlain’s sculptures. They asked me if I was a critic and I said, no, I’m an artist. When asked what I did, I showed them the Galatea catalogue and a painting. They were struck by the work and came to Turin where they bought up the whole Galatea show. They took over the contract with Tazzoli and a situation developed that was extremely important for me: from my isolation in Turin, I was catapulted into an international dimension” (Michelangelo Pistoletto, interview with Germano Celant, cit., 26-29, quoted on Pistoletto’s website: http://www.pistoletto.it/eng/crono04.htm).

The exhibition at the Galerie Ileana Sonnabend was accompanied by a catalogue with texts by Alain Jouffroy, Michael Sonnabend and T. Trini.

Image: Images of this invitation are part of the Sammlung Marzona, Kunstbibliothek – Staatliche Museen zu Berlin.