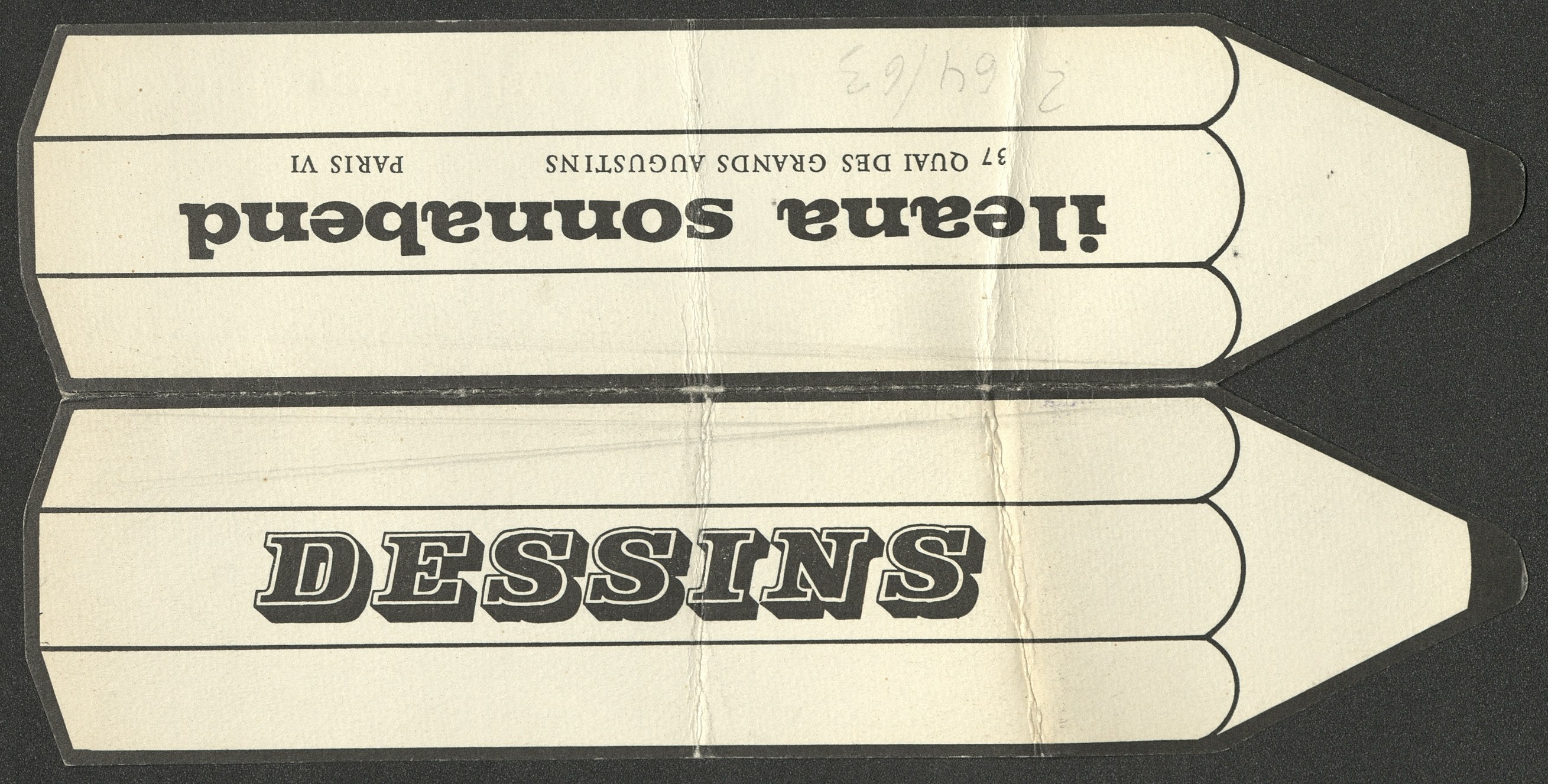 Further Information: Ileana Sonnabend was involved in the New York art scene with her then-husband Leo Castelli from 1949 until their divorce in 1959. Castelli began as a private dealer, before opening his gallery in 1957 to represent Pop Artists. Remaining lifelong friends, Castelli encouraged Sonnabend to open her own gallery in Paris, exhibiting artists represented by his gallery in New York. Having set up an exclusive agreement for representation in Western Europe, in the fall of 1962, Ileana and her new husband Michael Sonnabend launched their gallery in the same building of Relais Bisson, a restaurant frequented by Parisian intellectuals and artists. Originally, Sonnabend wanted to represent Nouveau Réalisme as well as Pop Art, however, Jeannine Restany had recently founded Galerie J with its focus on the former. Sonnabend quickly introduced US-American artists to Europe, allowing the Pop Art movement to develop almost simultaneously with its original base in New York. Her first exhibition on Pop Art—titled Pop art américain—opened in May 1963 and included works by Roy Lichtenstein, Claes Oldenburg, Andy Warhol, James Rosenquist, Rom Wesselmann, John Chamberlain, and Lee Bontecou. A group show, Dessin Pop, closed the successful year. In order to establish US-American art in European art discourse, Sonnabend invited French art critics such as Pierre Restany, Alain Jouffroy, Otto Hahn, and others, to write for the catalogs accompanying their exhibitions.

(For further information see Catherine Dossin, The Rise and The Fall of American Art 1940s–1980s: A Geopolitics of Western Art World, Ashgate Publishing, 2015).

Images: Images of the invitation and all other archival documents, apart from the videos, shown on this page are part of the online collection of Archiv der Avantgarden, Staatliche Kunstsammlungen Dresden.

Here is a short clip showing Andy Warhol’s thoughts on Jasper Johns, both of whom were part of the Dessins exhibition at Galerie Ileana Sonnabend.

The artists presented in the show and Sonnabend were both very influential for the Pop Art movement. This film, produced by MoMA New York, gives a short insight into the gallerist’s life:

Below is an invitation to the 1966 group show Art Electric, another Pop Art exhibition at Galerie Ileana Sonnabend, including Robert Rauschenberg, Dan Flavin, George Segal and Jasper Johns.

Ten years after Dessins at Ileana Sonnabend, on May 4, 1973, another Pop Art exhibition was held, this time at Staatliche Kunstsammlung Baden-Baden. This invitation card shows a stack of pencils listing the names of featured artists, including Barry Flanagan, Gilbert & George, and David Hockney. 11 Englische Zeichner at Kunsthalle Baden-Baden, May 4, 1973.