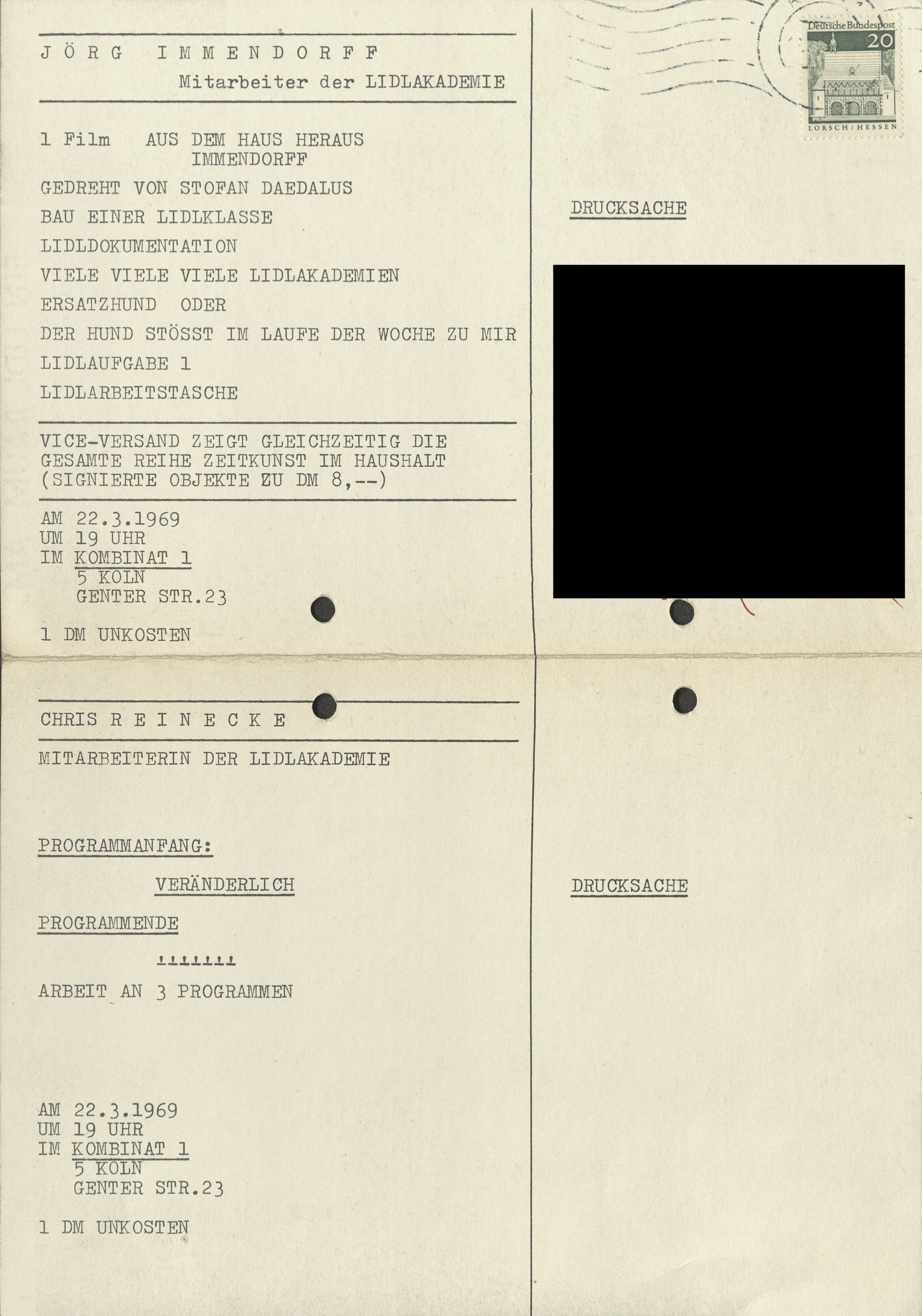 Further Information: Demotivated by the conservative state of the art world and inspired by the political activism of the late 1960s and older art movements such as Fluxus, the couple Jörg Immendorff and Chris Reinecke first held a project in their apartment in Düsseldorf 1966. They started LIDLAKADEMIE in 1968 as a movement to resist the institutional and commercial art world. Motivated by the practices of Joseph Beuys, who often visited their events, and the student revolts of 1968, they considered social, artistic, and political practices as a unity. The couple and fellow group members developed radical actions and participatory events for the public, addressing political issues such as rising rents, gender equality, or gentrification. Reinecke offered crochet courses for men, while Immendorff tried to establish a private painting school in Düsseldorf. LIDL—the name of the leftist collective—did not refer to the large supermarket chain, but was rather nonsensical baby language, used in the hope of a more radical art. The couple also caused several scandals: Reinecke aggressively kissed Arnold Bode, director of documenta 4, during the press conference, and Immendorff tied a log to his leg that he painted black, red and gold, and limped in front of the German parliament.

Further Links: Chris Reinecke gave a long interview about her life, including the foundation of the LIDL group and her marriage to Jörg Immendorff. You listen to the full interview (in German) via audioarchivkunst.de/zeitzeugen/chris-reinecke/.

LIDLAKADEMIE was founded by Jörg Immendorff and Chris Reinecke, and ran between 1968–69. They published a plan of events, performances, and exhibitions in August 1969, which you can see below.