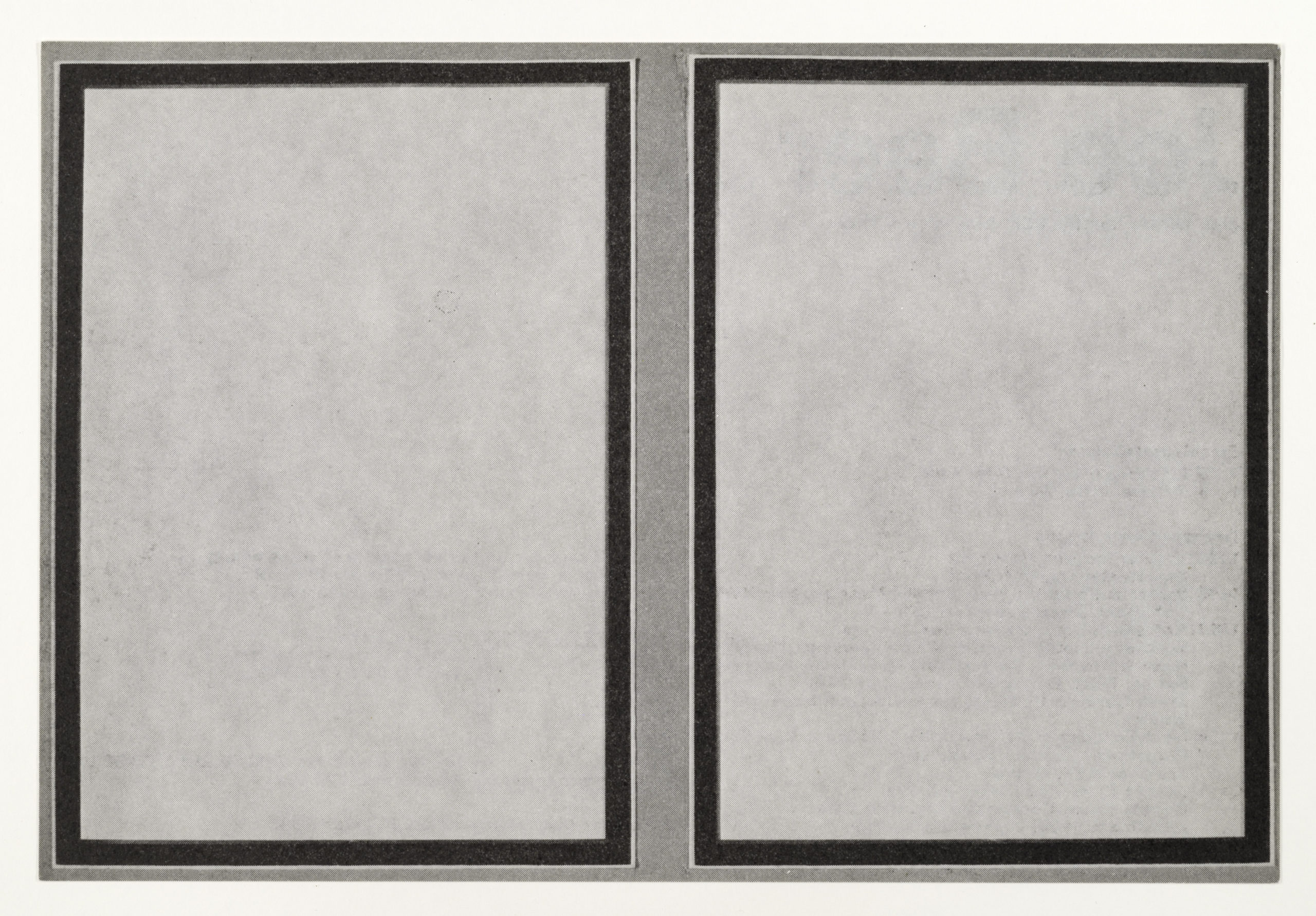 Further Information: Jo Baer (born 1929) is today considered one of the most influential representatives of Minimal Art, but long before this, her first European solo exhibition took place at Galerie Ricke in Cologne. The invitation shows one of the artist’s diptychs, two simple squared frames, which have become her signature style. On the invitation card, the gallery misspelled Baer’s name to Joe, which later made her reflect on her success in Germany—Joe sounding more like a male name. “My work was neither female, nor male,” Baer said in an interview with MoMA. In another interview with the Bomb Magazine she recalled: “The feminists had a problem with me; they used to call me a female man, because I was successful in the male world.” Jo Baer continued her career as minimalist painter until 1975. Then she left New York for Ireland, and later Amsterdam, and focused on what she called Radical Figuration painting.

Rolf Ricke initially opened his gallery in Kassel in 1963. After a successful fair in Cologne in 1967, Ricke decided to move his gallery to the new center of contemporary art in Germany. After visiting the American Supermarkt show at Paul Bianchini Gallery in New York, Ricke soon became one of the main supporters of US postwar art. In the beginning, Ricke mostly focused on pop art, but soon he introduced conceptual and minimal art to the German market, showing works by Richard Serra, Gary Kuehn, Jo Baer, and Richard Artschwager, among others.

Image: Images from this invitation are part of the Sammlung Marzona, Kunstbibliothek – Staatliche Museen zu Berlin.