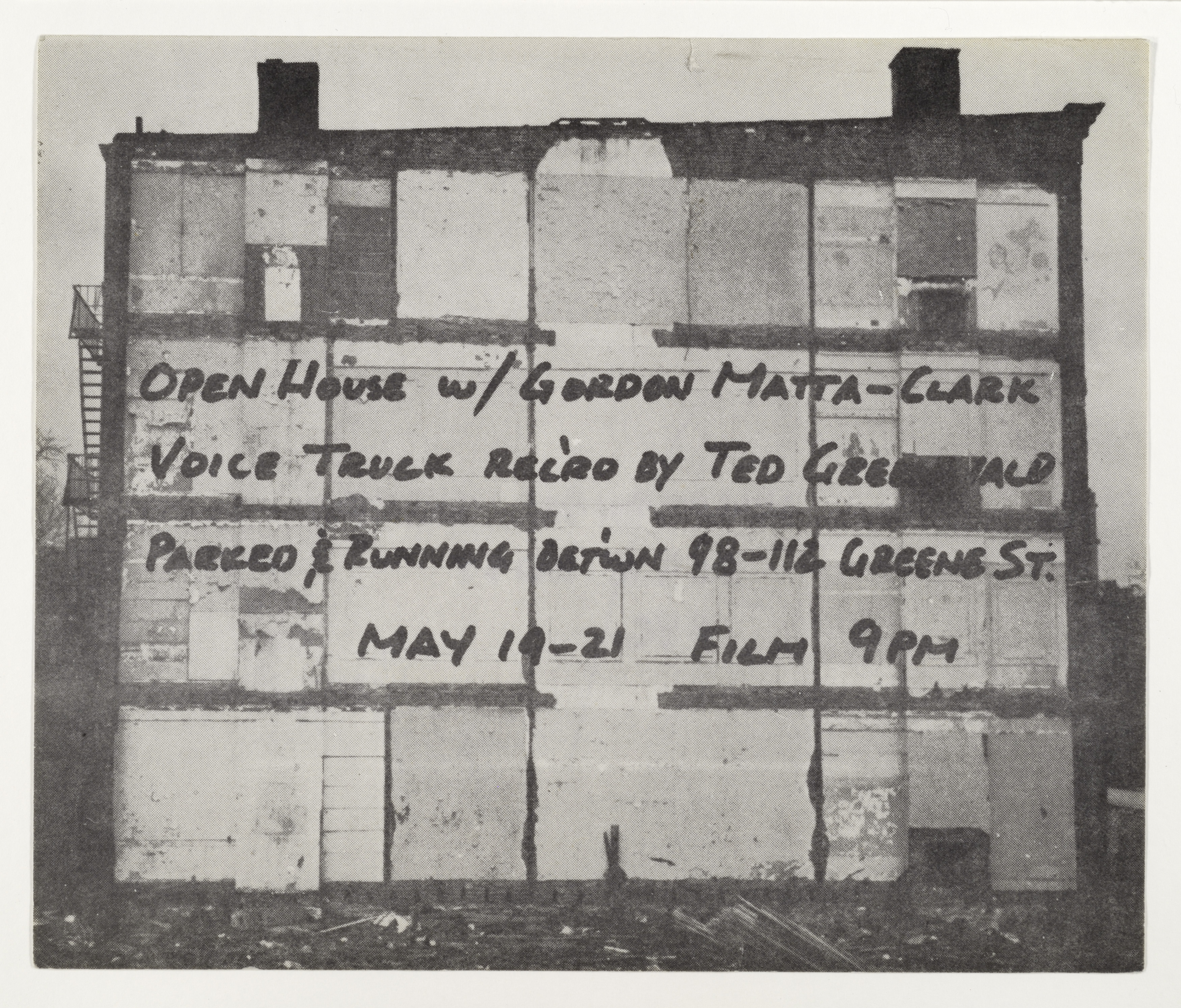 Further Information: Installed as an accessible, mobile and roofless space parked in Soho between 98 and 112th Greene Street in New York, Open House consisted of an industrial waste container that embedded an architectural house structure. The structure had three entrances, three corridors and three small rooms. With the help of Ted Greenwald, the founder of 112th Greene Street Gallery, Richard Peck and Manfred Hecht, and financial aid by Horace and Holly Solomon, the conceptual artist Gordon-Matta Clark built the homely structure from material found in the streets of New York. The architecture functioned as a stage for the performers Tina Girouard and Keith Sonnier, other friends of the artist and the audience visiting the opening day. Matta-Clark recorded the opening event and turned it into a documentary film. The 41-min Open House film can be seen in full length via the avant-garde film platform ubu.com.

Open House is a typical example of Matta-Clark’s site-specific, architectural and performative practice, as it did not only address the issue of gentrification that began to gradually affect New York’s residents in the early 1970s, but it also involved material found in the surrounding area of the artist-run space of 112th Greene Street Gallery. Architecture, in his work, was not a separated genre that his art merely interfered with, but an artistic material that he deconstructed in order to address urban culture and the theatrical aspects of architectural structures.

Further Links: More information about Open House can also be found via museoreinasofia.es and about the relevance of 112th Greene Street Gallery via tate.org.uk/research.