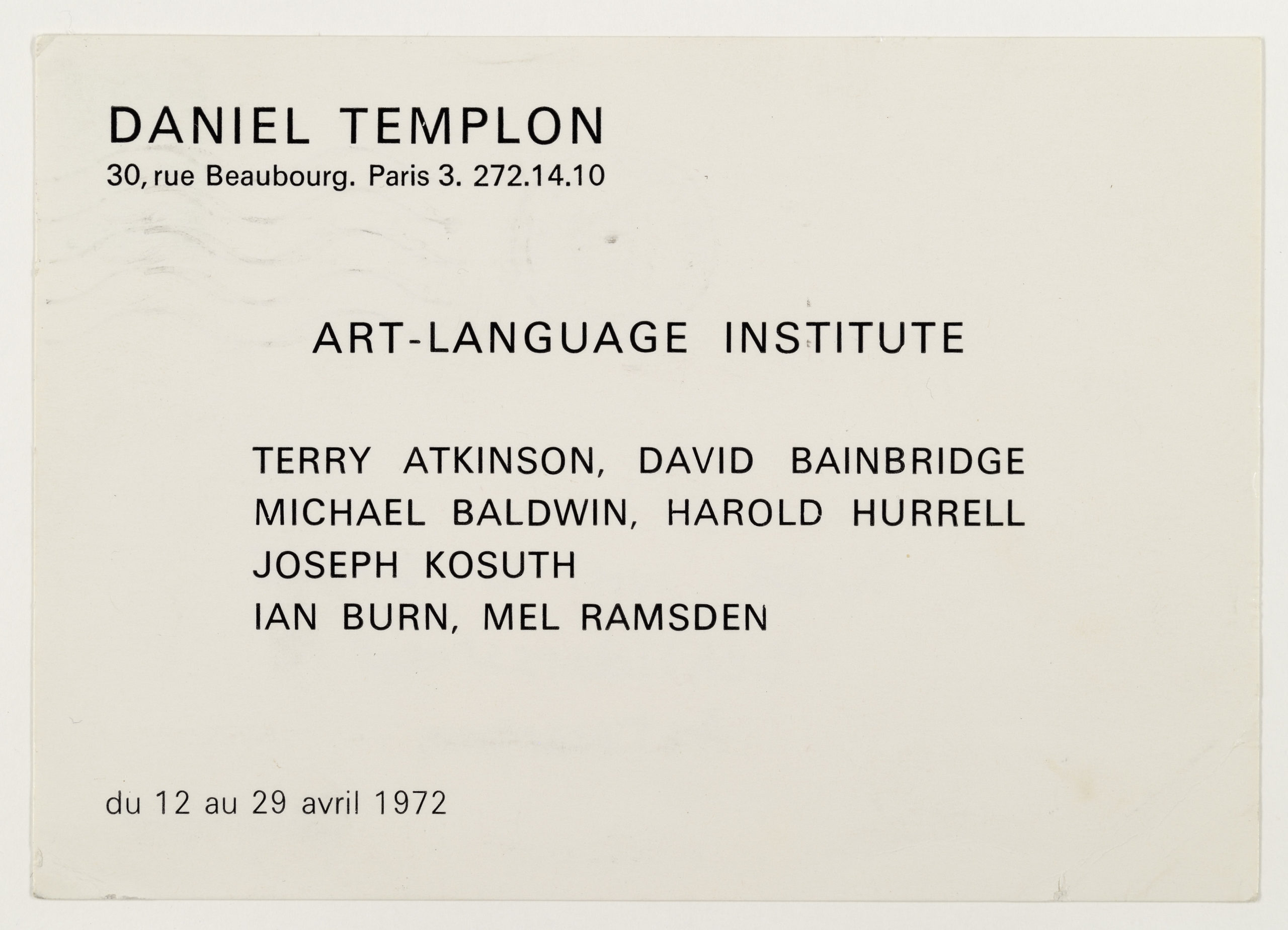 Further Information: Art & Language is derived from the serial publication of the same name, first published in 1969 and remaining in print until the late 1990s. The first editions were edited by Michael Baldwin and Terry Atkinson in association with Harold Hurrell and David Bainbridge, all of whom were art teachers in Coventry, England. It was the first journal attempt a definition of conceptual art by its community of producers and critics.

The name Art & Language identified and mirrored the conversational practice of the journal’s editors, but already by 1969 there were numerous contributions by Joseph Kosuth, Ian Burn, and Mel Ramsden. This expanded quickly—by 71 there were 15 more contributors from England and New York. Each of them made the words Art & Language productive in different ways or to different extents. This group expanded and decreased in size depending on the commitment of the artists to collective work at that time, and how much they identified with the journal.

Since 1976, Art & Language was run by Michael Baldwin and Mel Ramsden. Art & Language’s practice was often dialogical, essayistic, experimental, and critical. It included various media such as text, music (also in collaboration with Mayo Thompson), drawing, painting, object, and installation—it was, as they noted, “theory in case it was art and art in case it was theory.” Their work poses critical questions to art’s definitions, genres, its institutions, and its market. In 1986, they were nominated for the Turner Prize.