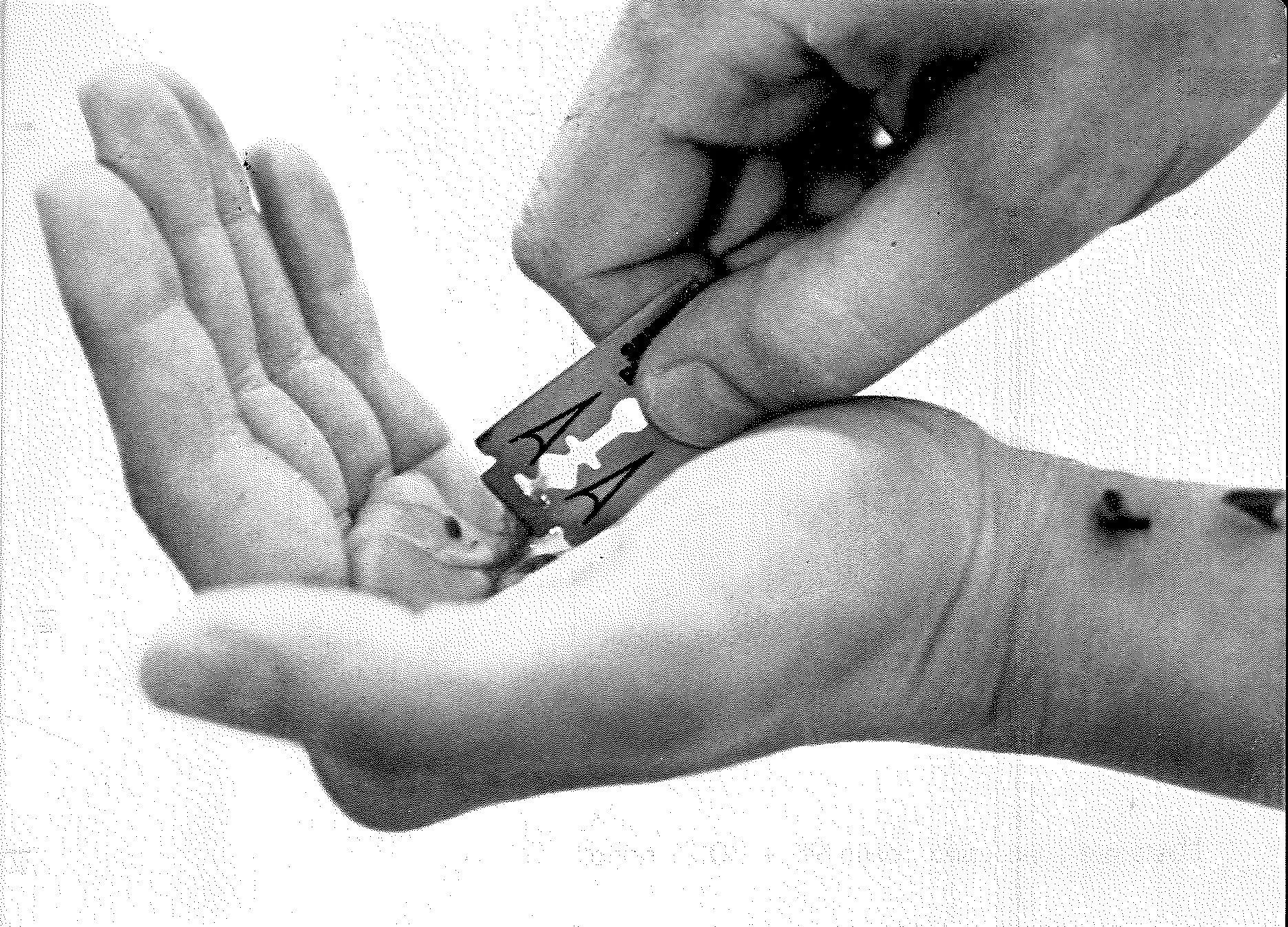 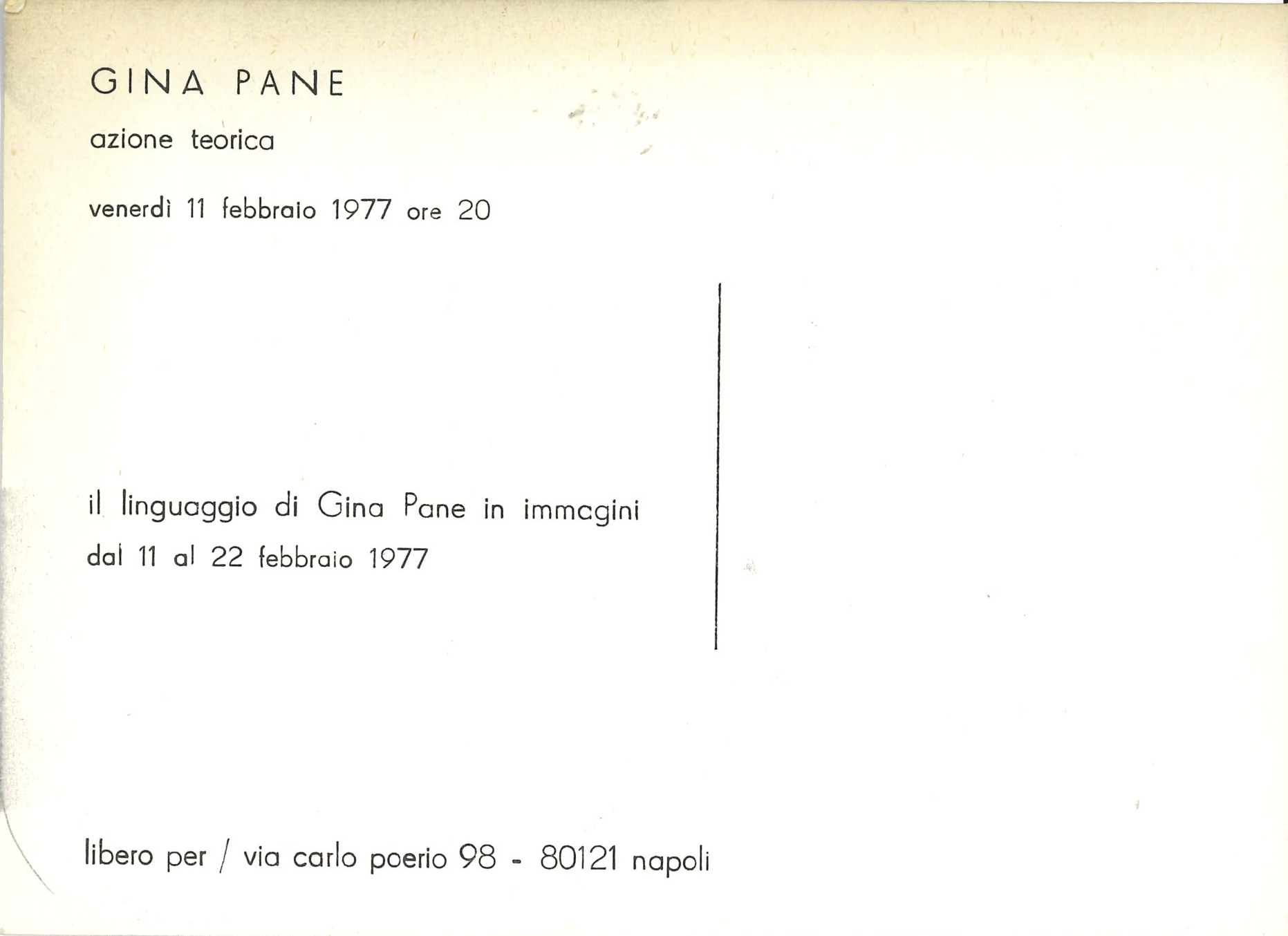 Further Information: This postcard-sized invitation features a printed black-and-white photograph showing two hands in close-up. The left hand is slightly open and blood appears to be collecting in its palm, emanating from a razor blade held by the thumb and index finger of the right hand. The back of the invitation card invites the reader to an exhibition titled Azione Teorica (the theoretical action), held by the Italian artist Gina Pane. The exhibition is subtitled “The language in pictures by Gina Pane.” The opening took place on February 11, 1977 in the libero per gallery in Naples. Pane, born in Biarritz in 1936, studied at the École des Beaux-Arts in Paris, where she became deeply interested in the relationship between body and nature. She became known to a wider audience through her performative works, which were often extreme examples of body art. In her performance Unanaestheticized Climb (1971), she climbed barefoot on a construction ladder whose rungs were laced with sharp metal projections. Extreme actions such as self-harm in various forms played a central role in her work in the 1970s.

Between 1971 and 1979, Pane developed a series of actions that she documented extensively. These documents were not only used for archiving, but also formed part of the event. They show Pane’s actions and make them tangible. At the libero per show, it can be assumed that Pane exhibited pictures created during an earlier performance in Studio Morra. The addition of the words “the language in pictures” indicates the goal that Pane pursued with her art. She once stated that “through this wound she wants to create a language that becomes a sign” and “to convey the loss of energy through the wound.” She believed that physical suffering is not an entirely personal problem, rather such suffering also lies in language. This is why she used extra-textual means such as objects, signs, and visible wounds in her actions.

Azione Teorica is thematically linked to another work by Pane, Azione Sentimentale, in which she inflicted herself with wounds using rose thorns and razor blades, in order to make the effects of male aggression and violence against women visible. The aim of this work was not only to show vulnerability, but also to demonstrate the power and self-empowerment of a spirit that rises above the limitations of the body.

Image: Images of the invitation by Gina Pane are part of the online collection of Archiv der Avantgarden, Staatliche Kunstsammlungen Dresden.