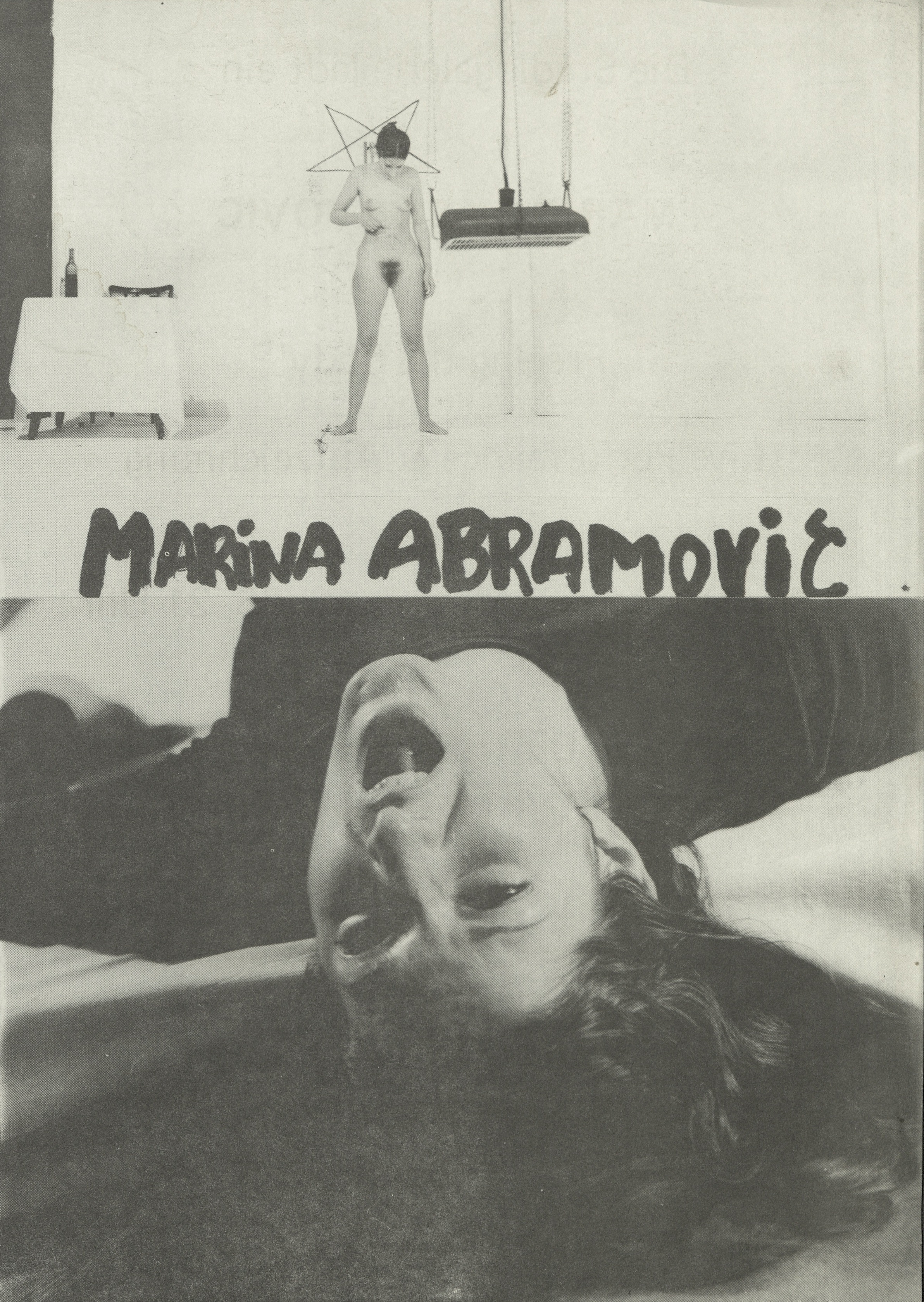 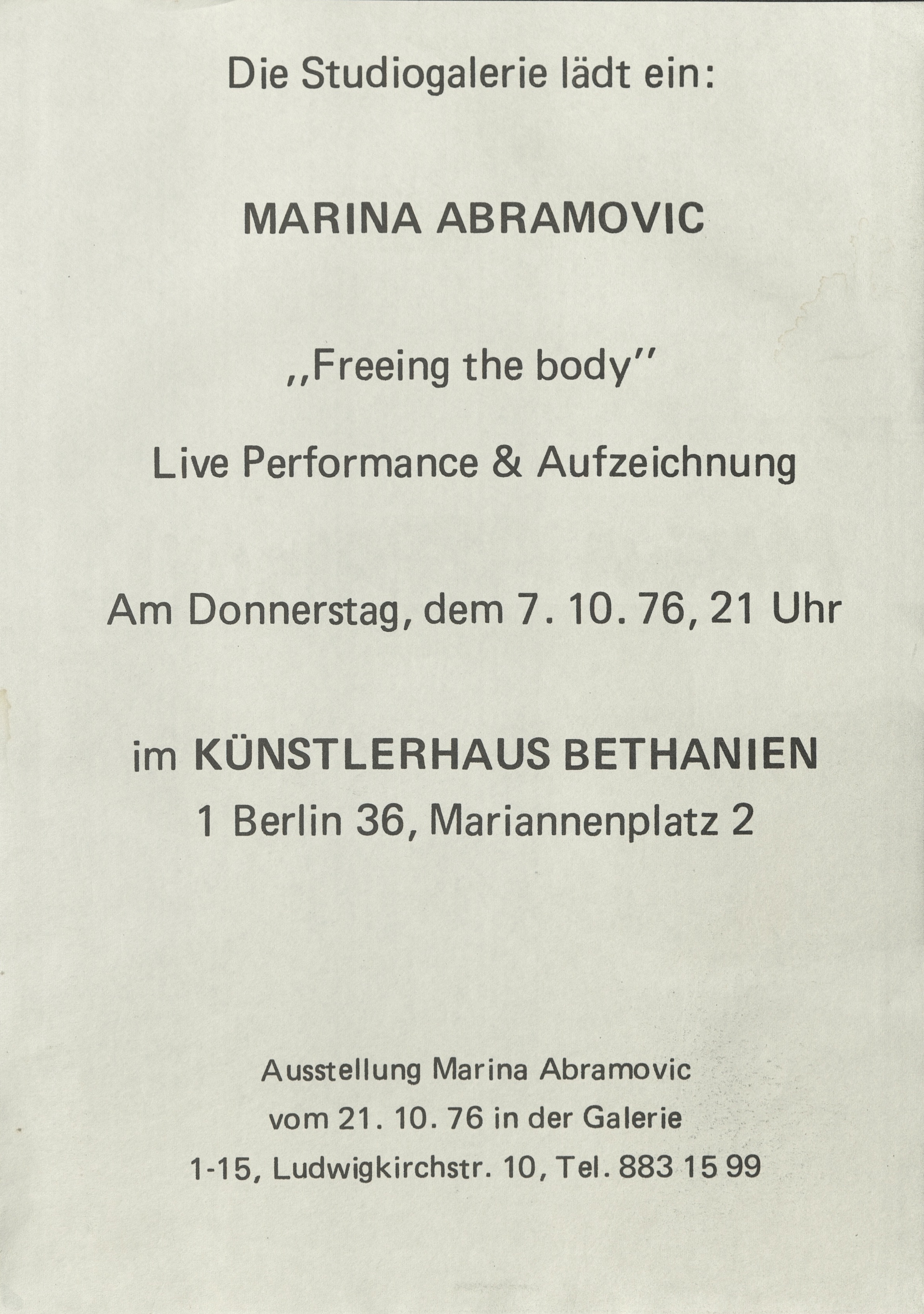 Further Information: “I wrap my head in a black scarf. Performance: I move to the rhythm of the black African drummer. I move until I am completely exhausted. I fall”, writes Marina Abramović in this performance announcement and invitation. Often challenging and exceeding the limits of her body, as well as exposing herself to enormous exhaustion, in Freeing the Body, Abramović danced for six hours to the sound of bongo drums played live. She covered her head in a black scarf to create a sense of an anonymous body and to avoid distracting the audience with her personality. After six hours, she moved slower and increasingly monotonously until she eventually collapsed on the floor in complete exhaustion. In this extreme physical state, Abramović wanted to reach a moment of neither pain nor fear. You can see a clip of the performance in the box to the right.

This invitation is for the live performance and simultaneous recording of Marina Abramović’s work Freeing the Body at Künstlerhaus Bethanien. A solo exhibition, prepared with Studiogalerie Mike Steiner in Berlin, ran from October 21, 1976. The performance was filmed by Mike Steiner, who also worked as a video artist.

Further Links: The ZKM in Karlsruhe holds a 9-minute copy of the performance’s recording in their archive. More details via https://zkm.de. The LIMA institute for media art also holds a copy and shares a small clip of the video on their website http://www.li-ma.nl.

Images: Images of the invitation and all other archival documents shown on this page, excluding the videos, are part of the online collection of Archiv der Avantgarden, Staatliche Kunstsammlungen Dresden.

Below is a short clip from Marina Abramović’s original 1976 performance of Freeing the Body at Berlin’s Künstlerhaus Bethanien.