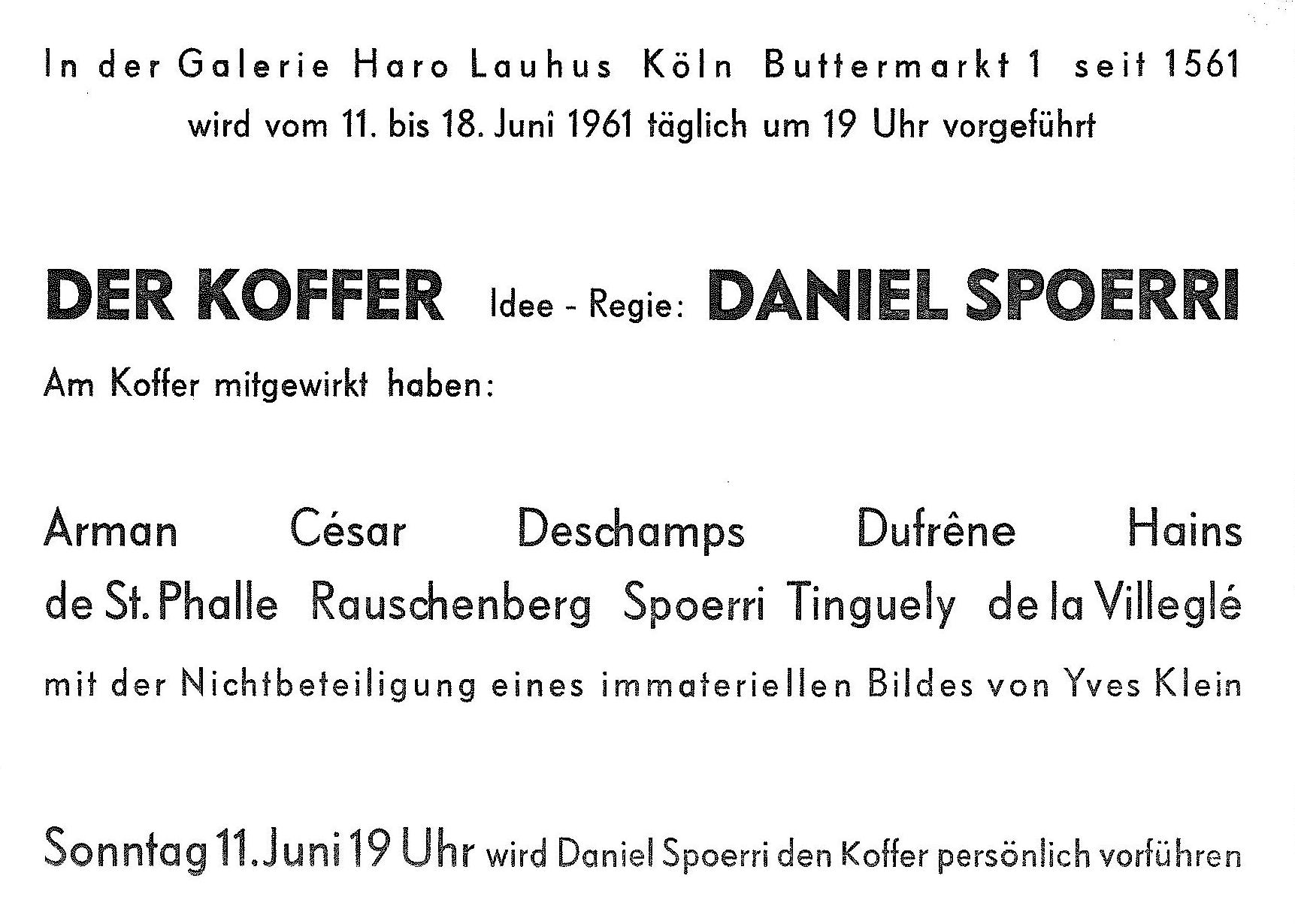 Further Information: For his work Der Koffer, Daniel Spoerri collected items and objects from the main representatives of Nouveau Réalisme. As a round up of the movement, which was co-initiated by Pierre Restany, Spoerri chose objects from each artist that would best visualize their aesthetic and artistic practice. He said, “I often wished to put objects by all the artists into one suitcase. I took up this idea again and asked Arman, César, Deschamps, Dufrêne, Hains, Raysse, Niki de Saint-Phalle, Tinguely, and Villeglé to do a suitcase exhibit with me. I only needed my old travelling suitcase, which has hitherto served me as a table.” (quote via www.mumok.at/en/der-koffer) During the exhibition in Cologne, Spoerri unpacked and explained each object to the audience. Afterwards, he distributed each item from the suitcase to different places, only reunited them years later.

The objects included assemblages, posters, sculptures, and small objects, as well as the suitcase design (by Spoerri) and the padlocks (by Rauschenberg). According to MUMOK in Vienna, which has held the suitcase in its collection since 2003, the padlock has been lost.

Gathering everyday objects, religious relics, and antiquities from 2000 years ago, Le Musée Sentimental De Cologne: Köln Inkognito at Kölnischer Kunstverein (1979) told the history of the city Cologne through both valuable and seemingly unimportant objects and artistic interventions. The exhibition was organised by Daniel Spoerri, Marie-Louise Plessen, and students of the Kunst Hochschule Köln