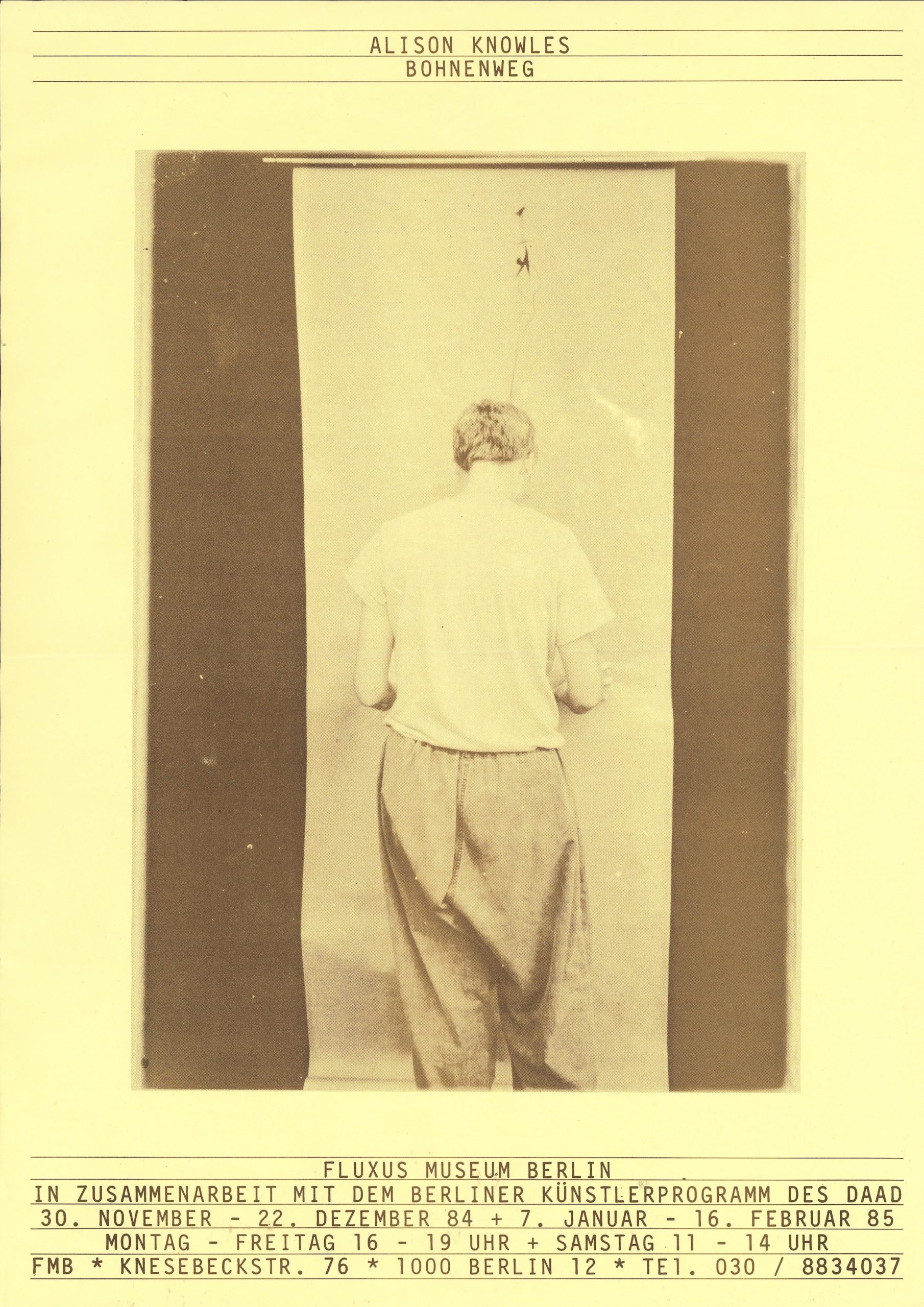 Further Information: Alison Knowles is one of the founding members of the Fluxus movement. She is known for her performances, installations, and experimental poetry. Along with John Cage, George Maciunas, and Dick Higgins, she began realizing performances in the early 1960s, and became an established figure through works such as Make a Salad (1962) and Identical Lunch (1969).

After producing her ‘book object’ Bean Rolls in 1963, Knowles started including beans as part of her artworks. Bean Rolls was a metal can containing texts on rolled-up sheets of paper and dried beans. Later, she developed the idea of the ‘big book’, an immersive installation of objects, featuring walk-in pages in the second big book, The Book of Bean (1982).

In the late 1960s, Knowles started working on sound pieces, partly in collaboration with John Cage. During Charlotte Moorman’s Annual Avant Garde Festival of New York, Knowles’ sound piece Bean Garden (1971) allowed her to experiment with the resonant sounds of beans touching different surfaces, by placing the beans on a large amplified platform visitors could walk on. In 1982, Knowles received the Kark Sczuka Award for her sound work Bohnen Sequenzen.

Knowles continued working with the sound of beans throughout her career, creating objects such as the Bean Turner for her performance Play Paper in 2003.

The project Bohnenweg was realized in collaboration with the Berliner Künstlerprogramm des DAAD.

Image: Images of the invitation are part of the online collection of Archiv der Avantgarden, Staatliche Kunstsammlungen Dresden.