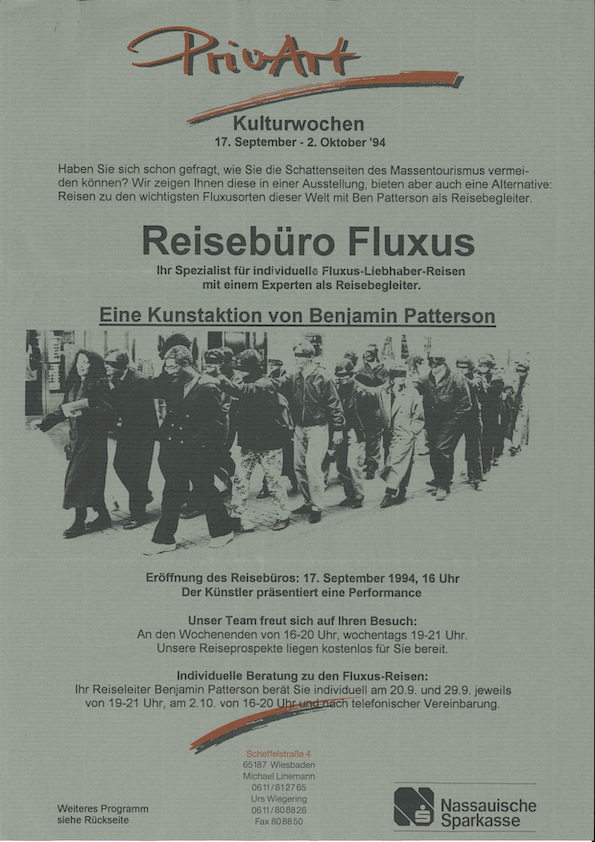 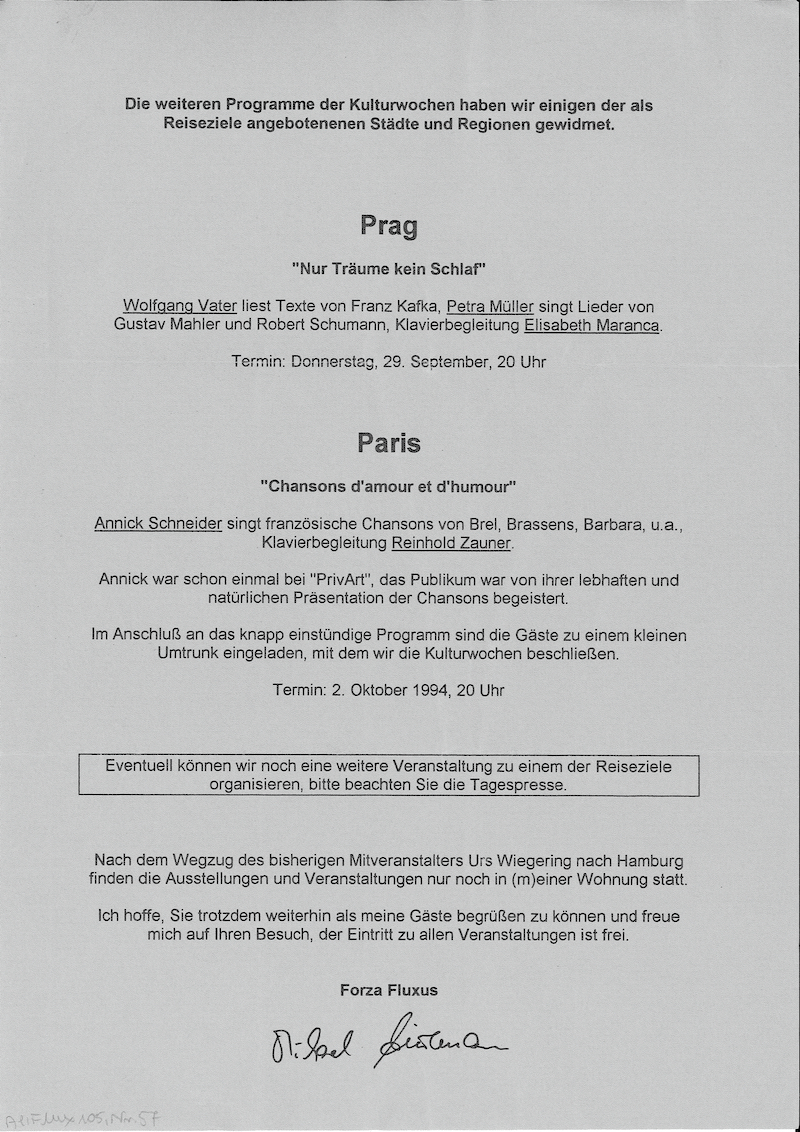 Further Information: Born in Pittsburgh, Benjamin Patterson studied the double bass in Halifax, Canada. Due to racial segregation he was not allowed to study music in the USA. Patterson came to Germany in 1958, as part of the U.S. military’s Seventh Army Symphony Orchestra. Stationed in Stuttgart, he toured with the orchestra across West Germany and Europe for several months. In 1960, Patterson returned to Cologne, where he met Karlheinz Stockhausen, and later John Cage and David Tudor. From the time of that visit, Wiesbaden and Cologne—along with New York and Paris—remained one of his main places of residence. In Germany, he became acquainted with Fluxus artists George Maciunas and Wolf Vostell, among many others. Today, Patterson is recognized as experimental double bassist and Fluxus co-founder. In 1962, he performed at the Fluxus – Internationale Festpiele Neuester Musik (Fluxus: International Festival of the Newest Music) in Wiesbaden, considered the first official Fluxus festival to take place.

Over the years, Patterson always remained associated with the Fluxus movement. In 1994, the touring exhibition Fluxus — Eine lange Geschichte mit vielen Knoten. Fluxus in Deutschland 1962–1994 began with an exhibition in Stuttgart. Patterson was invited almost to every opening to perform.

The invitation flyer for Reisebüro Fluxus (Travel Agency Fluxus) shows a project that took place during 1994’s Kulturwochen Wiesbaden. With the subtitle “Ihr Spezialist für individuelle Fluxus-Liebhaber-Reisen mit einem Experten als Reisebegleiter” (Your specialist for individual Fluxus-Fan-Travel with an expert as travel companion), the flyer announces an opening event with a performance by Patterson. On the reverse, one reads the two ‘trips’ offered: Prague “Nur Träume kein Schlaf,” (Only Dreams no Sleep), and Paris “Chansons d’amour et d’humour.” These imaginary travels took place in a private apartment and included readings and singing with piano accompaniment.