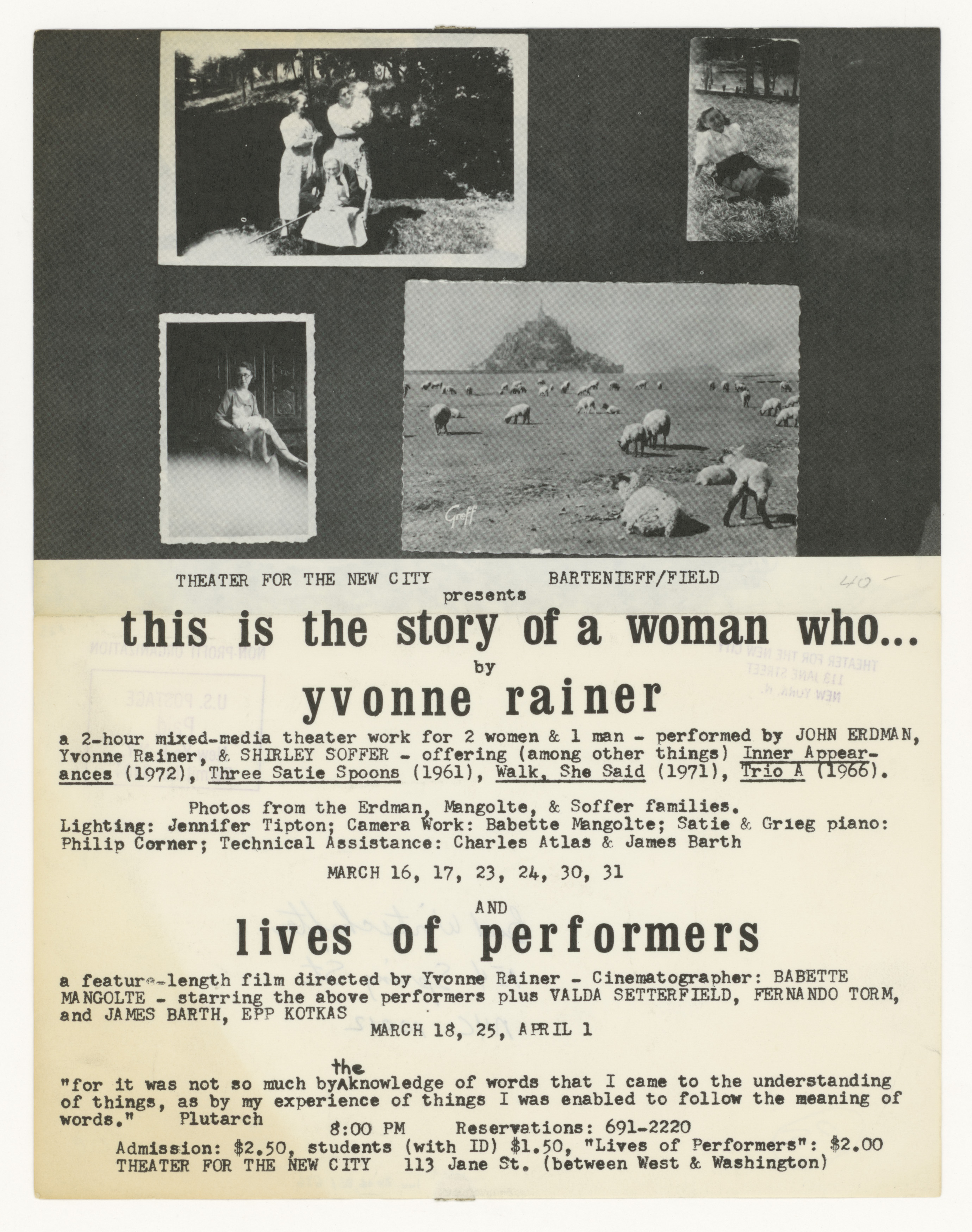 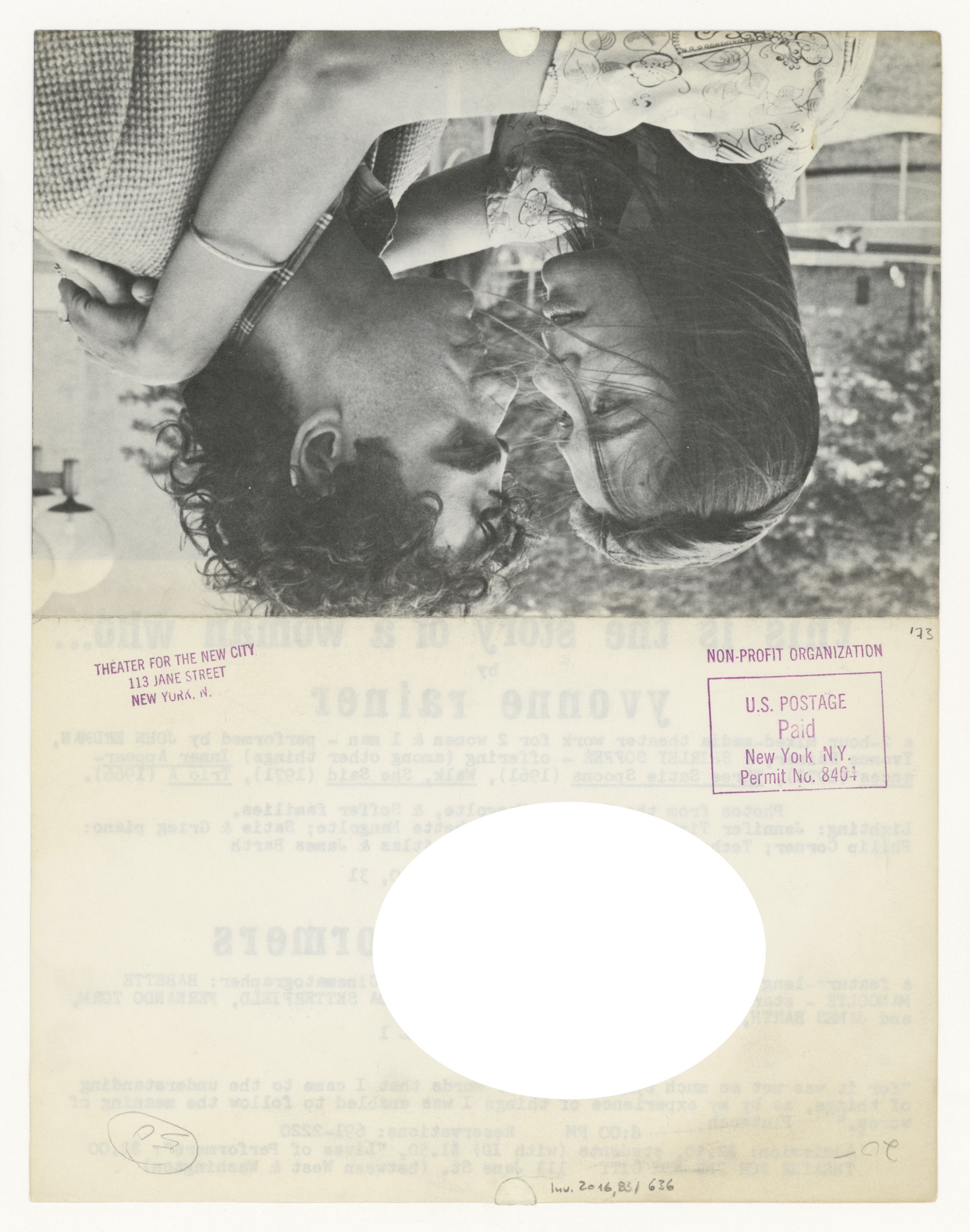 Yvonne Rainer, THIS IS THE STORY OF A WOMAN WHO…, Theater for the New City, New York, 1973

Further Information: Yvonne Rainer’s work This is the story of a woman who… was part of her 1973 program at the Theater for the New City, and was shown on three consecutive weekends on both Fridays and Saturdays, while her earlier film Lives of Performers (1972) was screened on each of the three Sundays. This is the story of a woman who… was a mixed-media work created for three performers: John Erdman, Shirley Soffer, and Yvonne Rainer herself. Soffer acted as the narrator of the play, which told the story of a couple, a man (Erdman) and a woman (Rainer), falling apart, eventually becoming estranged from each other.[1][2][3]

The otherwise empty theater space had a mattress, two chairs, a vacuum cleaner, and a suitcase as props. There was a microphone for the narrator and a tape recorder for recording speech. Pictures of the performers and their families, short fragments of film, and some texts were projected onto the back wall during the show. The movement material they performed was mostly taken from Rainer’s older pieces, such as Three Satie Spoons (1961), Inner Appearances (1972), and Trio A from The Mind Is A Muscle (1968). [4]

A year later, in 1974, based on This is the story of a woman who…, Yvonne Rainer made a film called Film about a woman who…, digging deeper into the themes of relationships, objectification, and the male gaze, once again taken loosely from autobiographical elements. It was one of Rainer’s first feature-length films, along with Lives of Performers.[5]

Rainer (b. 1934), as a dancer, choreographer and filmmaker, was also one of the founders of Judson Dance Theater in New York. Starting her career in dance, in the 1970s she shifted her attention to filmmaking—before finally returning to dance in the early 2000s.

Images: All images and additional material from this invitation are part of the Sammlung Marzona, Kunstbibliothek – Staatliche Museen zu Berlin.