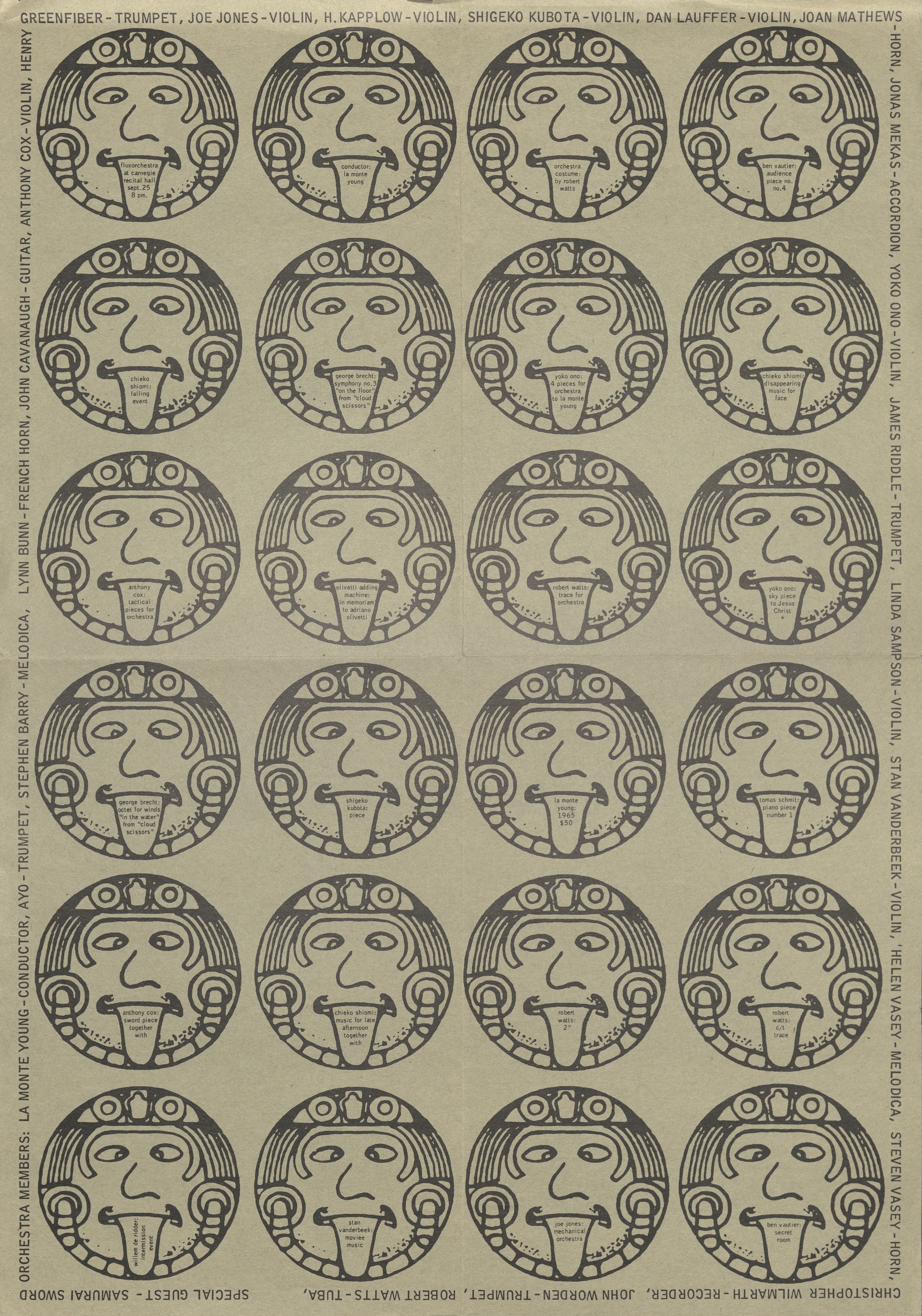 Further Information: Sixteen different performance pieces (of which detailed information is provided in Fluxorchestra Circular Letter No. 2, which you can see in the box on the right). As was usually the case, Maciunas employed his trademark typography and graphic design, often involving ephemera from the Fluxus events he organized over two decades. For the Fluxorchestra event at Carnegie Recital Hall, the posters and flyers were distributed to the audience as paper airplanes, thrown during the performance. “The sheets were dispersed to the public during these events, in some cases following detailed instructions from Maciunas specifying their quantity, timing, and placement. The posters themselves are now seen to embody the Fluxus ideal of mass-marketed, mass-accessible and often ephemeral art” (quote via MoMA).

Images: The image of this invitation is part of the online collection of Archiv der Avantgarden, Staatliche Kunstsammlungen Dresden.