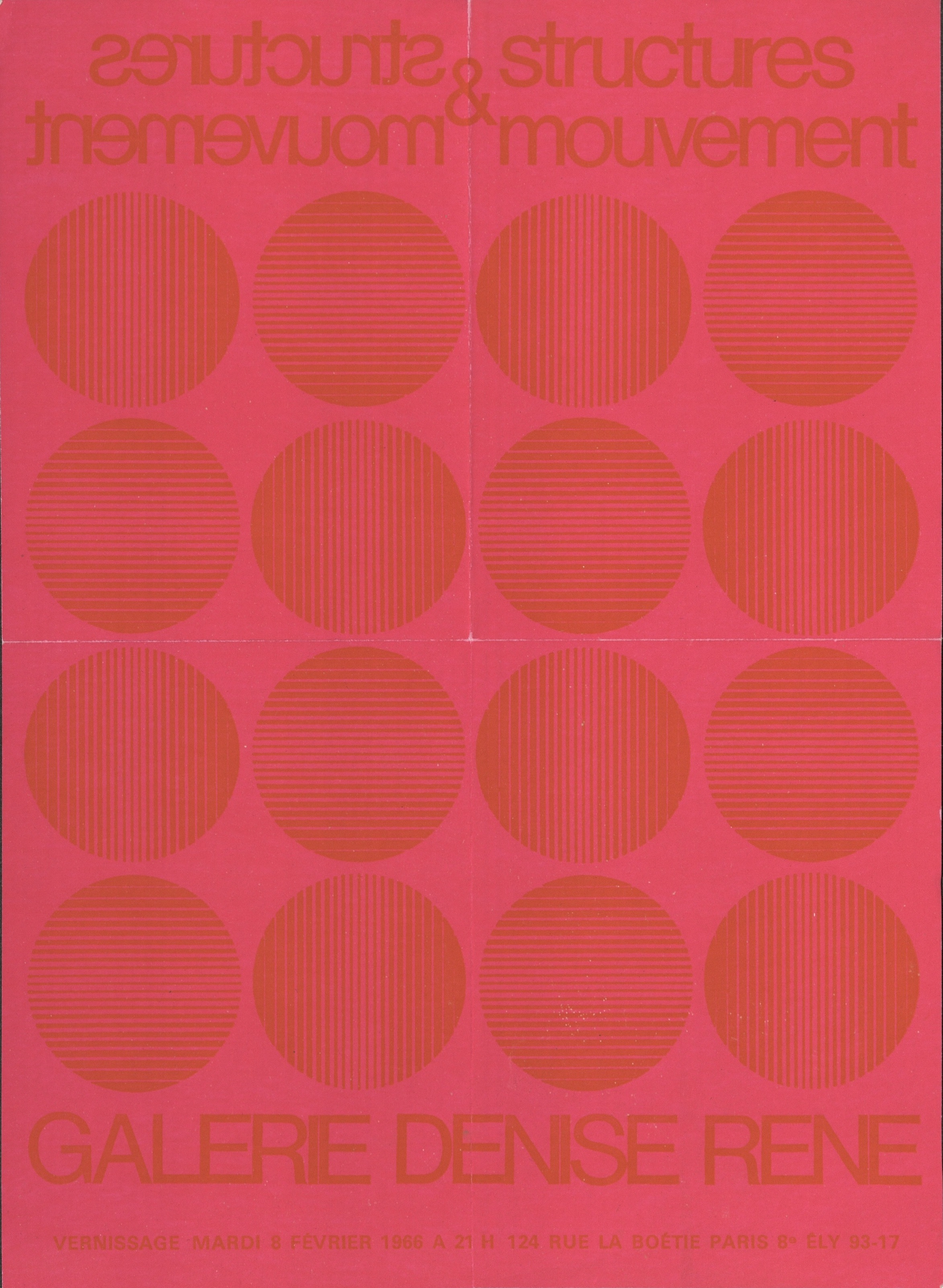 Further Information: Denise René (1913–2012) opened her gallery in Paris at the end of the Second World War, in June 1945. With the aim of showing painters that had been forgotten or forbidden during the war years, she exhibited works by Max Ernst, Hans Arp, and Francis Picabia. Later she focused on geometric abstraction and kinetic art. Creating a dialogue between different generations of artists, together with Poltus Hulten, René organized the exhibition Le Mouvement in 1955 including works by Marcel Duchamp, Alexander Calder, Victor Vasarely, Jean Tinguely, Jesús Rafael Soto, Pol Bury, and others. 11 years after her popular show Mouvement, which was one of the first exhibitions of kinetic art, was Structures and Mouvement, which again showed kinetic art and geometric abstraction. As a specialist in both of those movements, as well as op art, Denise René also had gallery spaces in Krefeld, New York, and in Düsseldorf, which she ran together with the German art dealer Hans Mayer from 1966.

Only a few months after the Structures & Mouvement exhibition, Julio Le Parc won the Grand Prize at the Venice Biennale, marking the broadening scale of international recognition of kinetic art.

Below is a 1967 invitation to an exhibition of constructivism and kinetic art in Krefeld, Germany. The event’s black tie dress code is indicated in the bottom of the invitation.

Below is another exhibition from Denise René and Hans Mayer, demonstrating the striking design aesthetic that the gallery employed for several years. With a focus on geometric abstraction, this show at was titled 12 Leading Modern Artists and took place in Krefeld in 1968.