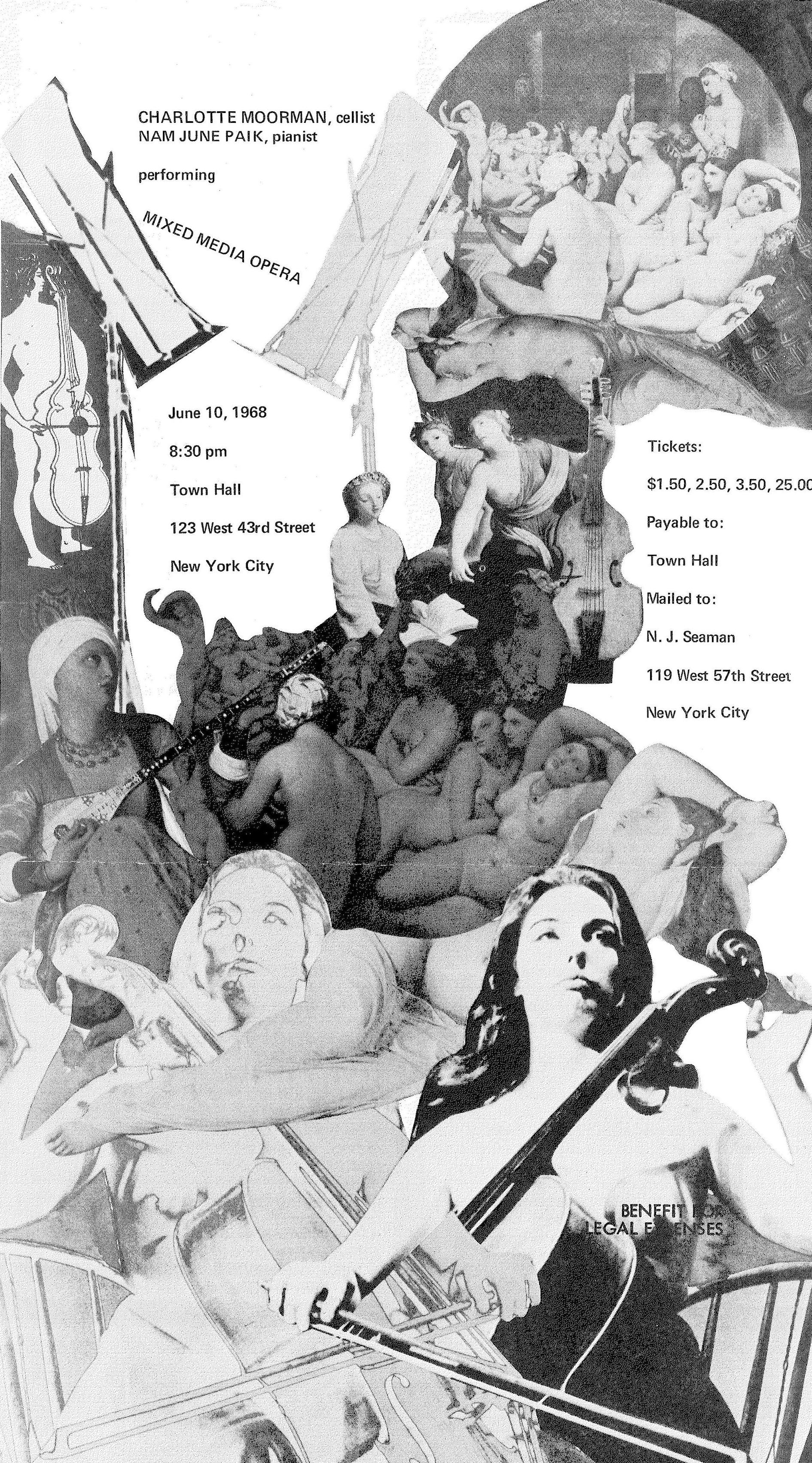 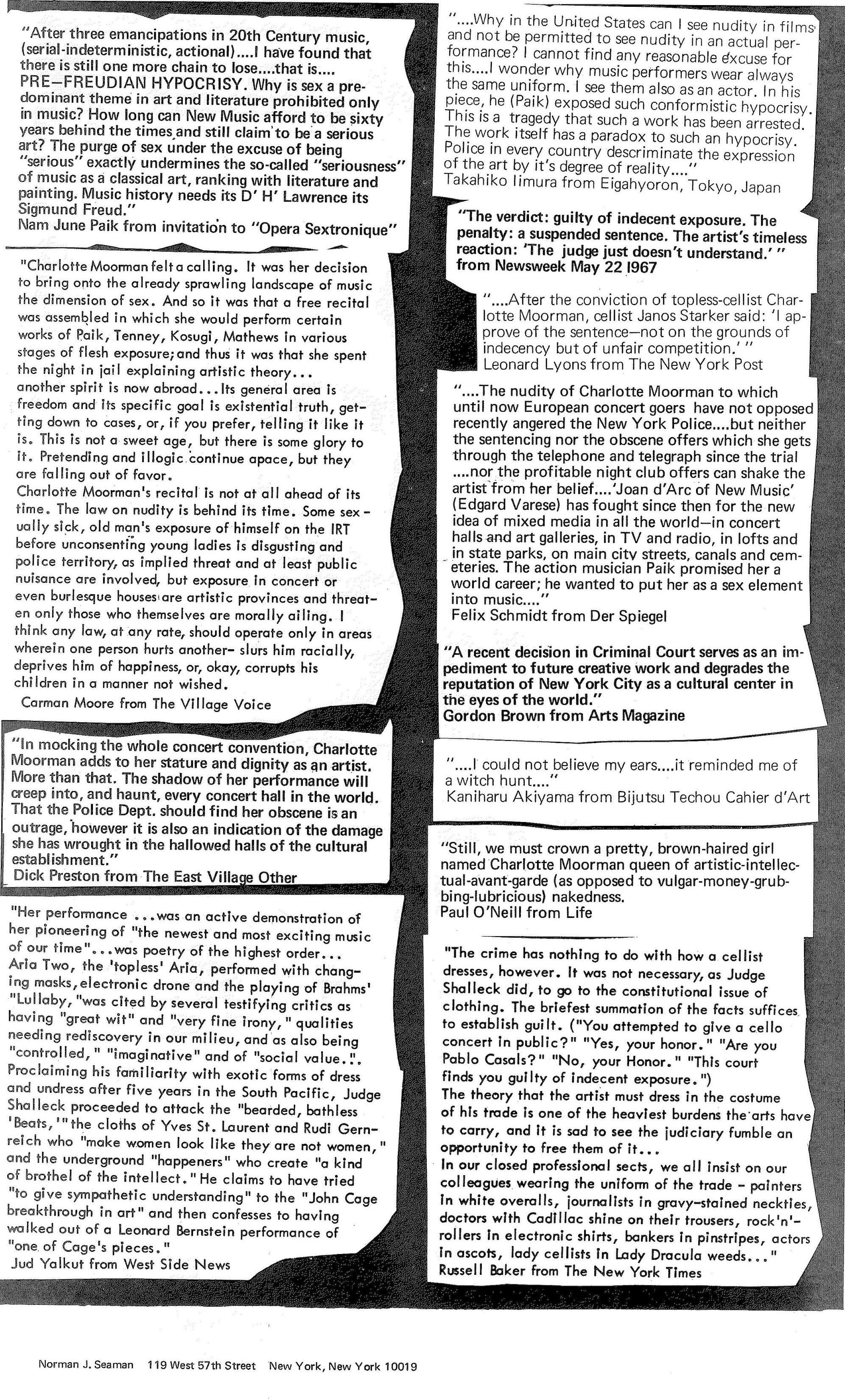 Further information: The artist and cellist Charlotte Moorman and the Korean American artist Nam June Paik began collaborating in the early 1960s and were part of New York’s Fluxus, performance and avant-garde network. Moorman founded the New York Avant-Garde Festival in 1963, which continued until 1980. She often performed topless and, in 1967 during Opera Sextronique (a work devised by Nam Jun Paik), the police arrested her for “indecent exposure”.

On the reverse side of the invitation there are fragments of journalists’ opinions about Moorman’s nudity and why the New York police had charged her, each supporting Moorman and condemning the untimeliness of the guilty verdict. Carman Moore in the Village Voice, in her piece on Moorman’s nudity and it ensuing scandal, described why her art was so timely: “Charlotte Moorman felt a calling. It was her decision to bring onto the already sprawling landscape of music the dimension of sex. And so it was that a free recital was assembled in which she would perform certain works of Paik, Tenney, Kosugi, and Mathews in various stages of flesh exposure; and thus it was that she spent the night in jail explaining artistic theory … another spirit is now abroad…. Its general area is freedom and its specific goal is existential truth, getting down to cases, or, if you prefer telling it like it is.… Charlotte Moorman’ recital is not at all ahead of its time. The law on nudity is behind its time.”

After Moorman’s scandalous nude performances of 1967, she and Paik developed the opera Jail to Jungle at Carnegie Hall (1970), referring directly to the events and her subsequent arrest. Here is the invitation to this opera:

The Archiv der Avantgarden in Dresden holds a large collection of documents and photographs related to Moorman and Paik. Below you can see a very early document, announcing the Nam June Paik’s film Toward more sensible boredom, screened on April 21, 1966.