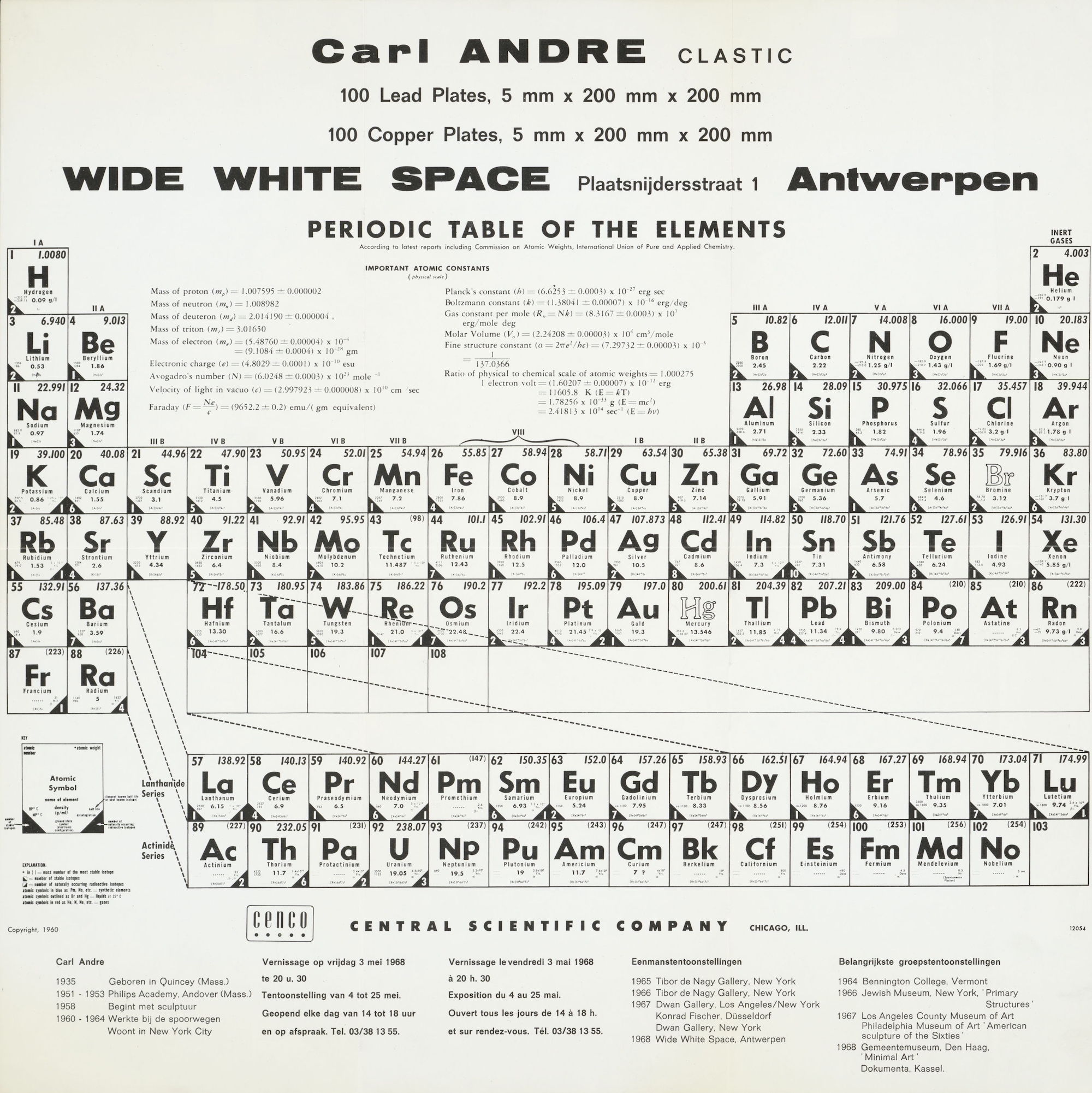 In a later interview, Anny De Decker commented on their first opening with Carl Andre: “He didn’t turn up for the opening. Shortly before we’d taken advantage of his being in Europe. We went to fetch him so he could see the space. He ordered some metal from a workshop, which had formerly been Jacob Jordaens’s house. We put on the show without Carl seeing the pieces beforehand.” (Aupetitallot, Yves, Wide White Space – Behind the Museum 1966 – 1976, Düsseldorf: Richter Verlag, 1995, p. 42). The relation between the gallerists and Carl Andre strengthened over the years, and lead to several mutual group and solo exhibitions with the artist.

Andre’s show Clastic was the last exhibition in the gallery’s first space in Plaatsnijdersstraat 1. In May 1968, Wide White Space moved to Schildersstraat no. 2, as their former landlady was disturbed by the art they were showing, in particular Beuys’s fat, and ended the lease for reasons of health and hygiene.

Image: All images from this invitation and other examples of works or invitations by Carl Andre on this page are part of the Sammlung Marzona, Kunstbibliothek – Staatliche Museen zu Berlin.

In preparation for his upcoming exhibition at Wide White Space in Antwerp, Carl Andre invited guests and friends to a Q&A evening at the A 37 90 89 project space, also in Antwerp. This gathering addressed general questions relation to art, artistic practice, and political engagement, questions that Andre answered in 25 words or less.

Andre opened an exhibition at the Guggenheim Museum in New York on September 29, 1970. The invitation card shows that Andre decided not to have a private preview for the show, instead choosing to give free entry to the public on its first day. On the evening of that first day, Andre read poetry to the public in the museum’s auditorium.