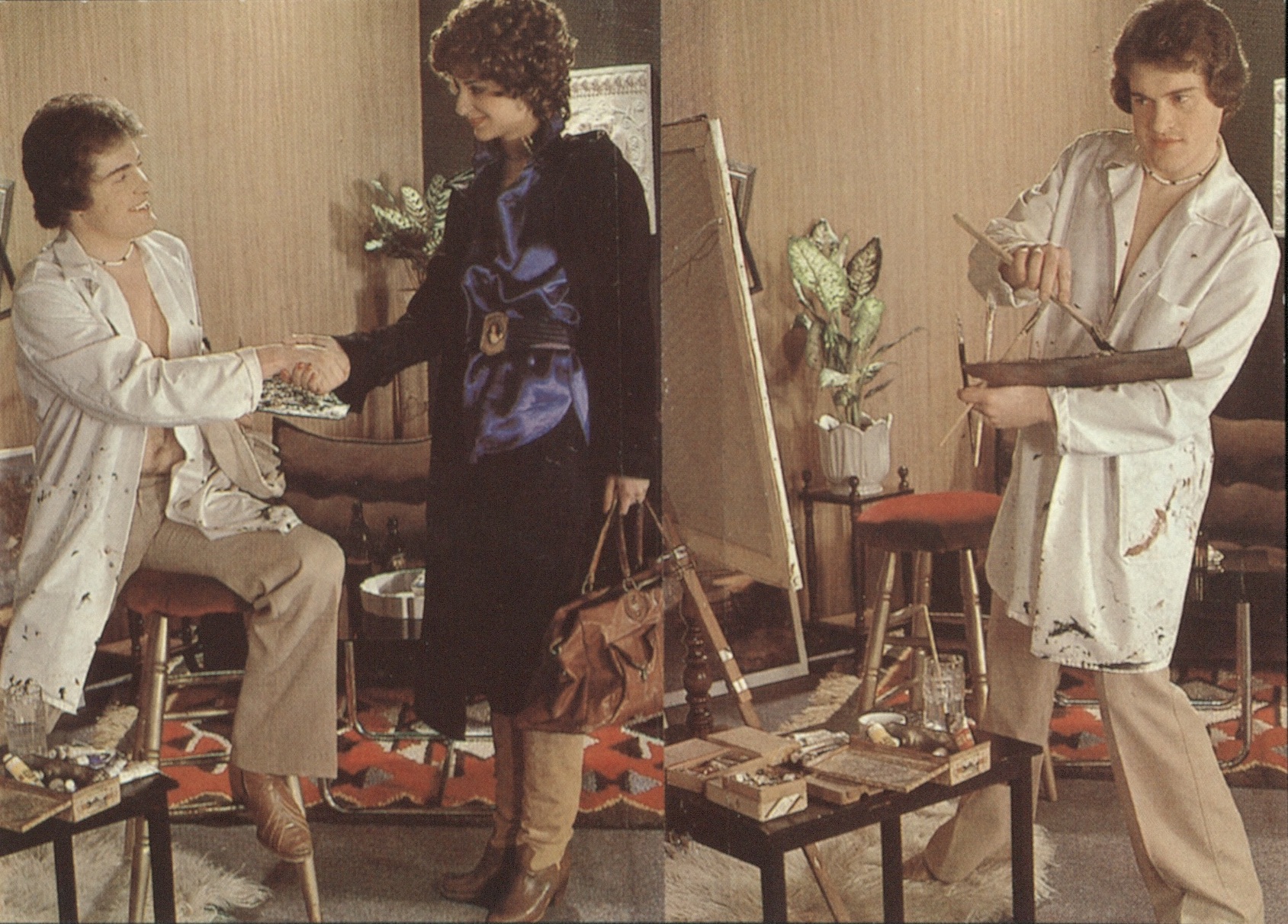 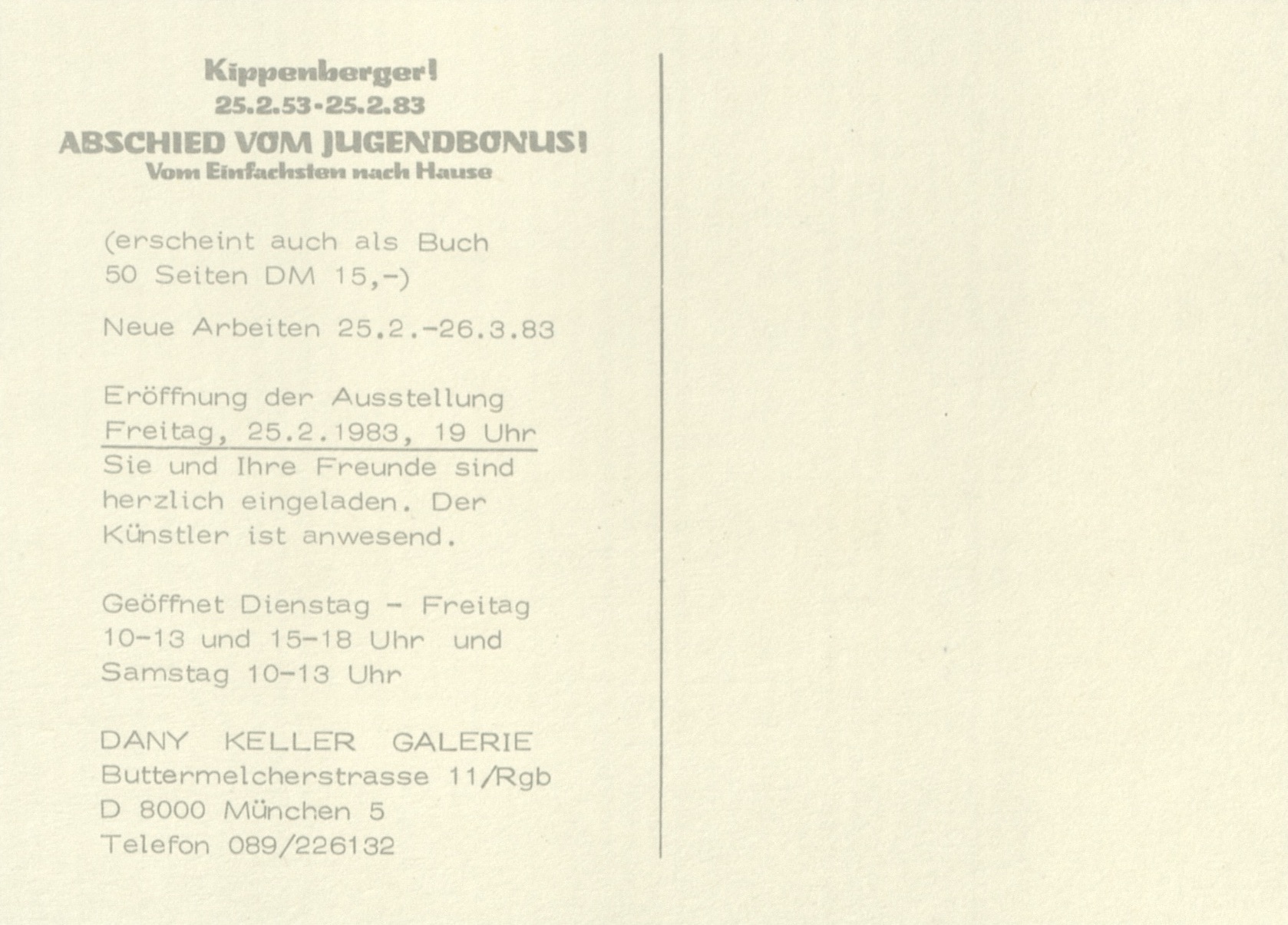 Further Information: On occasion of Martin Kippenberger’s 30th birthday, the Munich-based Galerie Dany Keller hosted the opening of his exhibition Abschied vom Jugendbonus! [Farewell to Youth Bonus!].  The invitation postcard shows a young man dressed in a typical painter’s outfit, posing in front of his canvas as an art dealer visits his studio. Typical to his practice, Kippenberger’s invitations often reflected his humor regarding the art world and the status of the “genius artist”, themes that underlie almost all of his works. He used both image and language to express an utterly cynical and de-constructive view on the institutional and commercial art world in general. Giving himself the exhibition and a book for his 30th birthday, Kippenberger also made a collage book for the 30th birthday of his friend and painter Albert Oehlen in 1954. Oehlen and Kippenberger also collaborated several times, as you can see in the invitation cards in the box to the right.

Both artists and friends, Martin Kippenberger and Albert Oehlen took a humorous picture of themselves in a bathroom, in which Oehlen reads the book Frauen im Leben meines Vaters [Women in my Father’s Life] to Kippenberger. Surrounded by beers and shampoo, Kippenberger pensively looks upwards as though listening intently. The photograph functioned as an invitation card for their joint exhibition at Galerie Klein in Bonn in 1983. The card’s dimensions are, typical to Kippenberger’s invitations, in a postcard format.

Another invitation card by Martin Kippenberger, for a 1986 exhibition at Galerie Klein in Bonn, shows a photo of the artist standing on the beach with his shorts rolled up revealing a bare behind. With a pen he wrote directly onto the photo: “Gib mir das Sommerloch” [Give me the summer slump]—the title for his summer show at the gallery.

Again in postcard format, Kippenberger’s invitation to his 1985 Hunger exhibition at Bärbel Grässlin in Frankfurt am Main shows a black-and-white photograph of a woman sitting in a sculptor’s studio, breastfeeding an unfinished sculpture. Several large sculptures surround her. Alongside this photograph is a minimalist drawing of what looks like a cube with a head, similar to the sculptures visible in the photograph.

Also referring to the theme of birth and babies, the invitation to Kippenberger’s exhibition Unlängs veränderte Originale, held at Galerie Gisela Capitain in 1990, shows an ultrasound screening of an unborn baby.