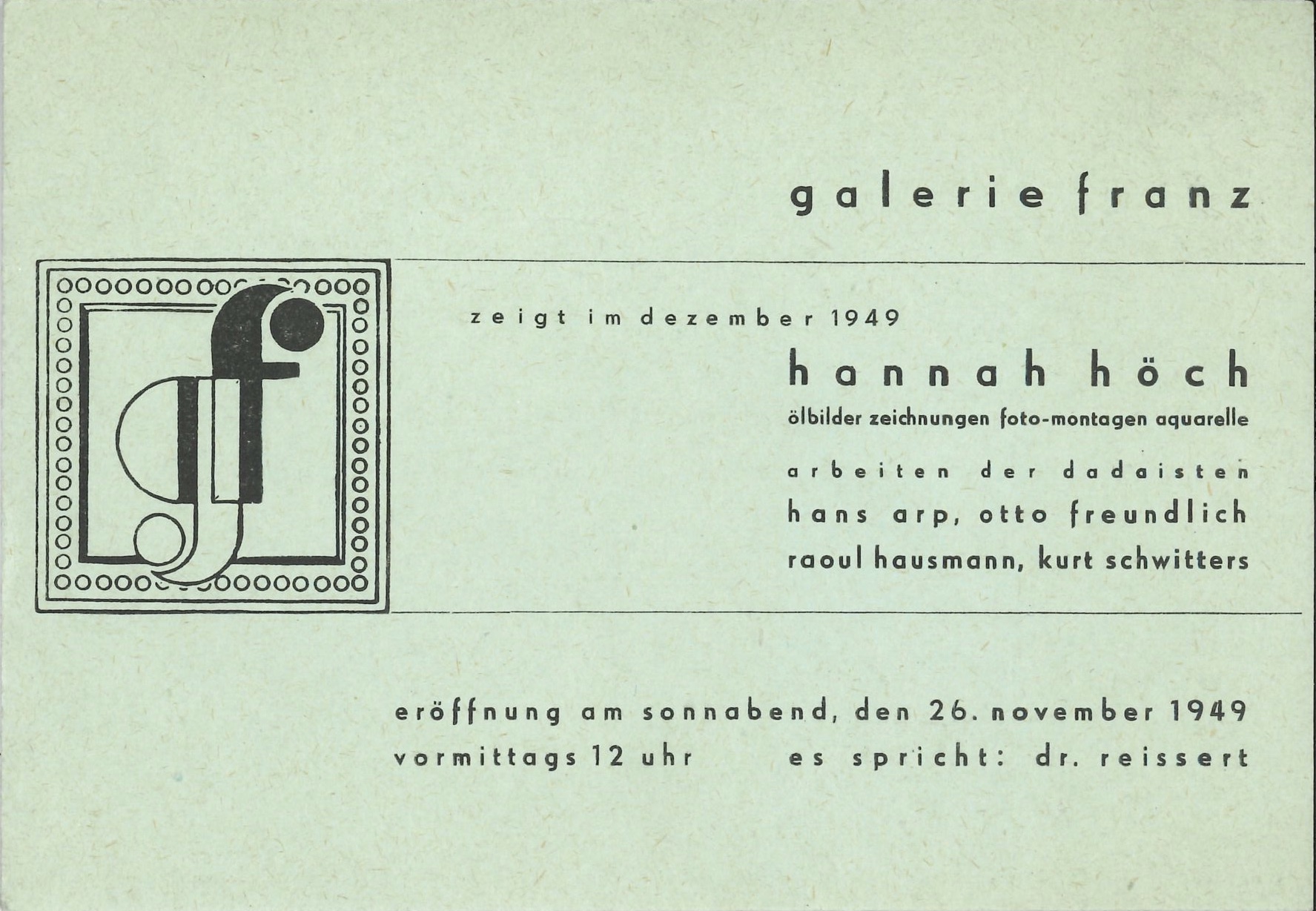 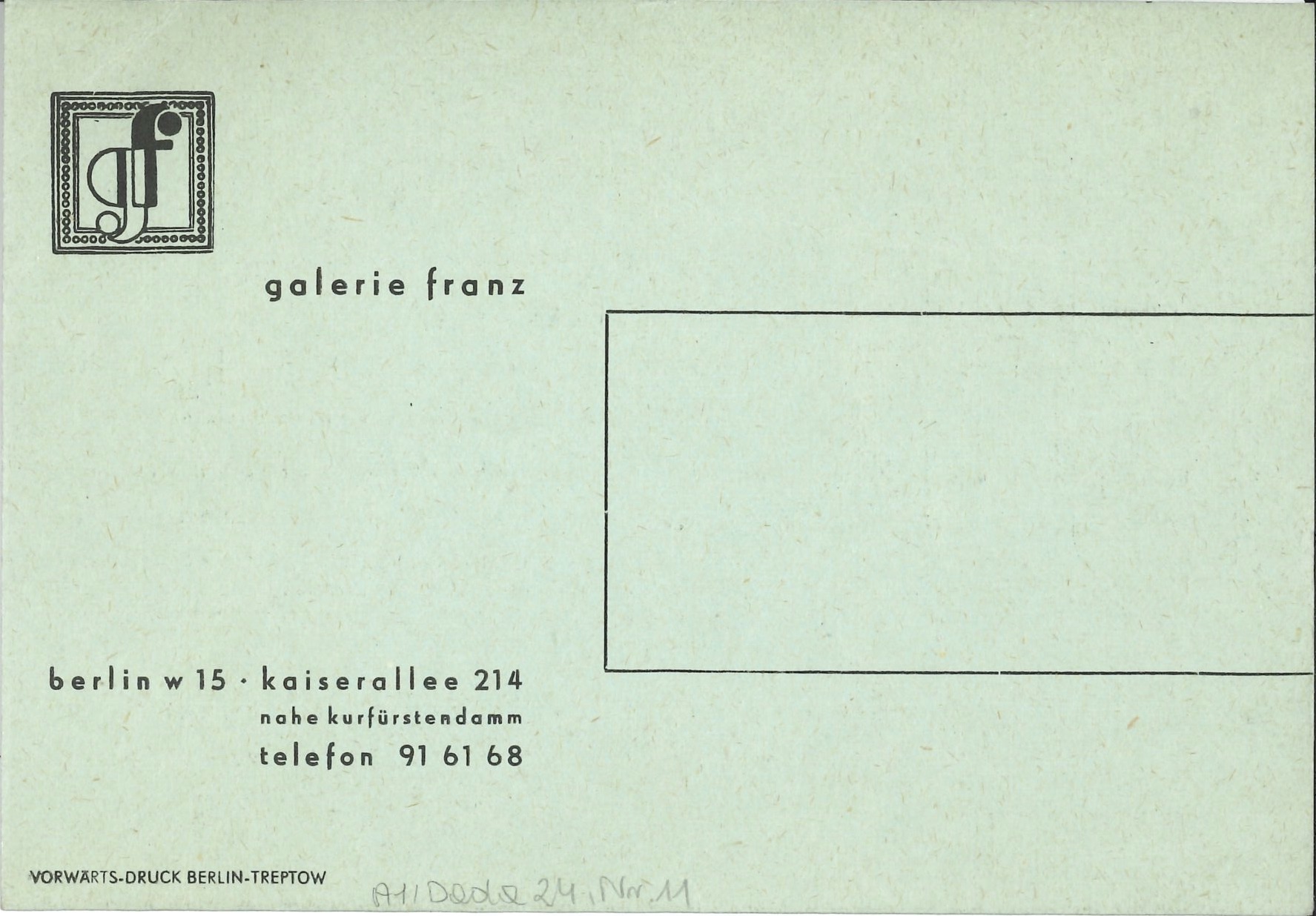 Further Information: When Reinhard and Elli Franz opened their gallery in 1946, they became one of the first art handlers after the war. The Hannah Höch exhibition presented oil paintings, drawings, photomontages and watercolors by the artist, and was her first solo show after the war. Höch moved to Berlin in 1912 to study at the Academy of Applied Arts. After meeting Raoul Hausmann in 1915, Höch became quickly one of the central figures—and the only woman—of the Berlin Dada. Although mainly associated with Dada, Hannah Höch was influenced by many avant-garde movements in the beginning of the 20th century, producing not only Dadaist works from newspaper clippings, but also abstract collages, expressionist watercolors, and surrealist paintings. Being part of an international network, Höch had vivid exchanges with Kurt Schwitters, Theo van Doesburg, Lászsló Maholy-Nagy, Hans Scharp, and many others. Höch was an eager collector, and managed to save her Dada collection, featuring works by fellow artists, from damage during the Second World War. Today her collection is part of the collection of Berlinische Galerie in Berlin.

Further links: The history of Galerie Franz has been researched by Staatliche Museen zu Berlin. More info via http://www.galerie20.smb.museum/kunsthandel/K23.html

Images: Images of the invitation are part of the online collection of Archiv der Avantgarden, Staatliche Kunstsammlungen Dresden.

Famous for her collage work, Hanna Höch played an important part in the formation of Dada’s visual identity. Below you can see an invitation to a much later exhibition of Höch’s work, that opened January 20, 1976, at ARC 2 in Paris.