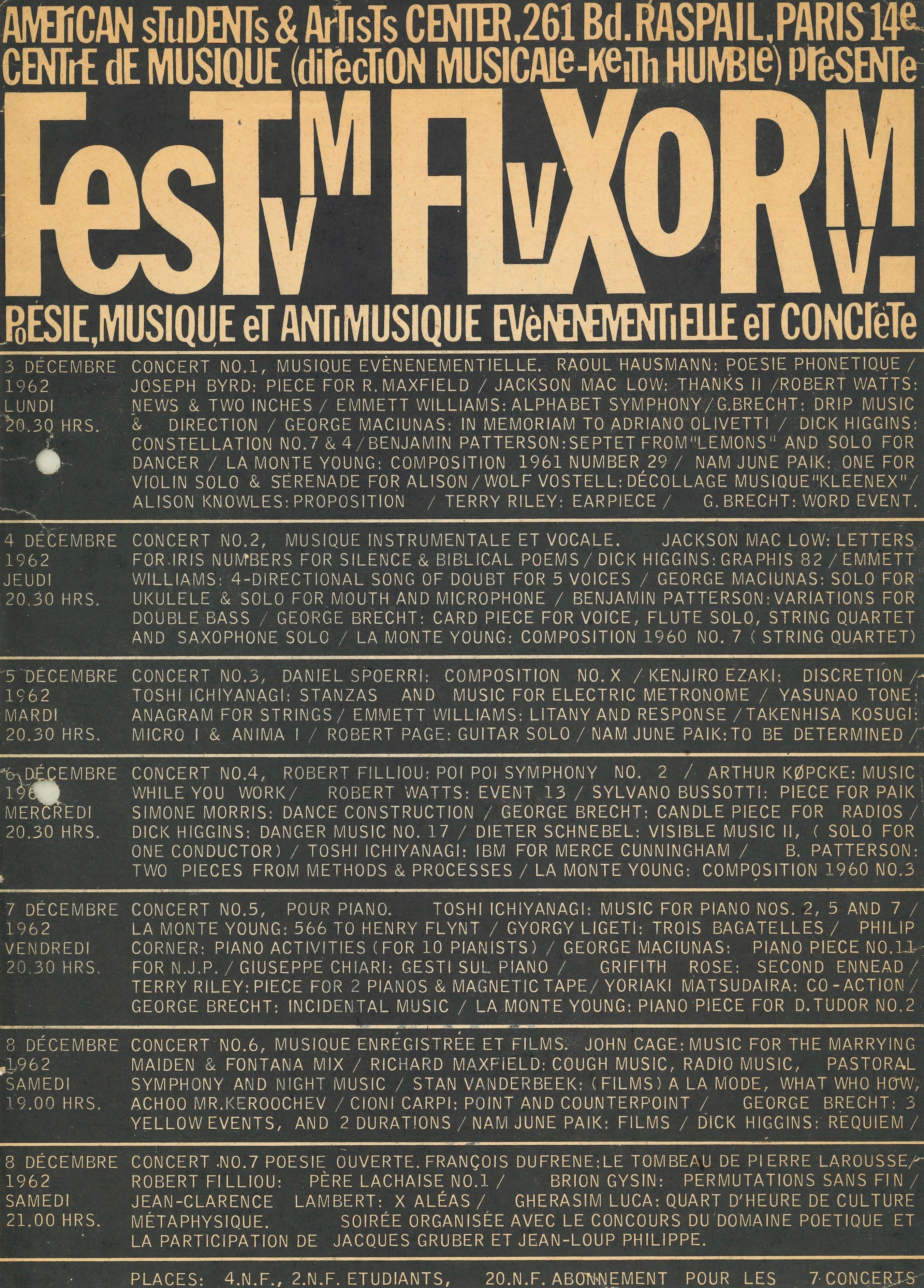 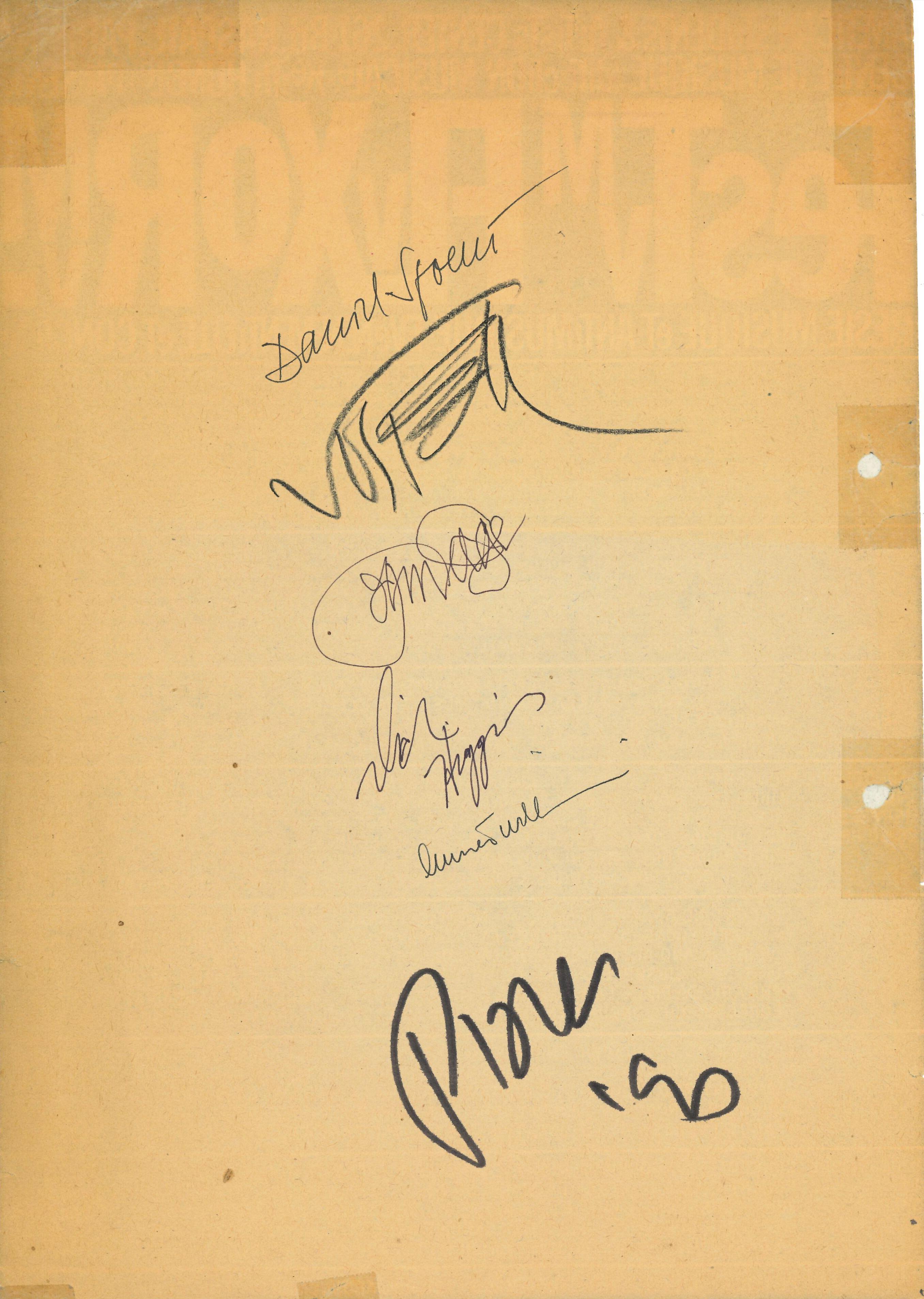 Further Information: Organized by George Maciunas, the Festum Fluxorum: Fluxus was a touring Fluxus festival that first traveled to Wiesbaden, and later in Copenhagen, Paris, Düsseldorf, and Amsterdam. Describing it as a “festival of very new music,” (quote via MoMA, who have researched over 50 Fluxus event ephemera), although it also presented theater, poetry, film, and performances. The festival in Paris comprised seven concerts. Maciunas, one of the initiators of Fluxus, organized several concerts and events in New York from 1960 onwards, before arriving in Wiesbaden as a designer for the US army in 1961. From there, he built a network with the experimental music and art scene in Berlin and Rheinland, including Nam June Paik, Emmett Williams, Ben Patterson, Wolf Vostell, Karlheinz Stockhausen, Joseph Beuys. The idea to hold concerts began as a form of advertising, as Maciunas thought that it would bring more attention to his publications.

Further Links: A precise Fluxus timeline (in German) has been researched and published by the ZKM Museum in their project Algorithm Revolution: The History of Interactive Art: http://www01.zkm.de

Over the course of two decades, George Macunias and other members of the Fluxus movement organised several festivals and concerts. Below is the invitation for FLUX-HARPSICHORD, an evening held on March 24, 1975 at 8 p.m. at 80 Wooster Street.