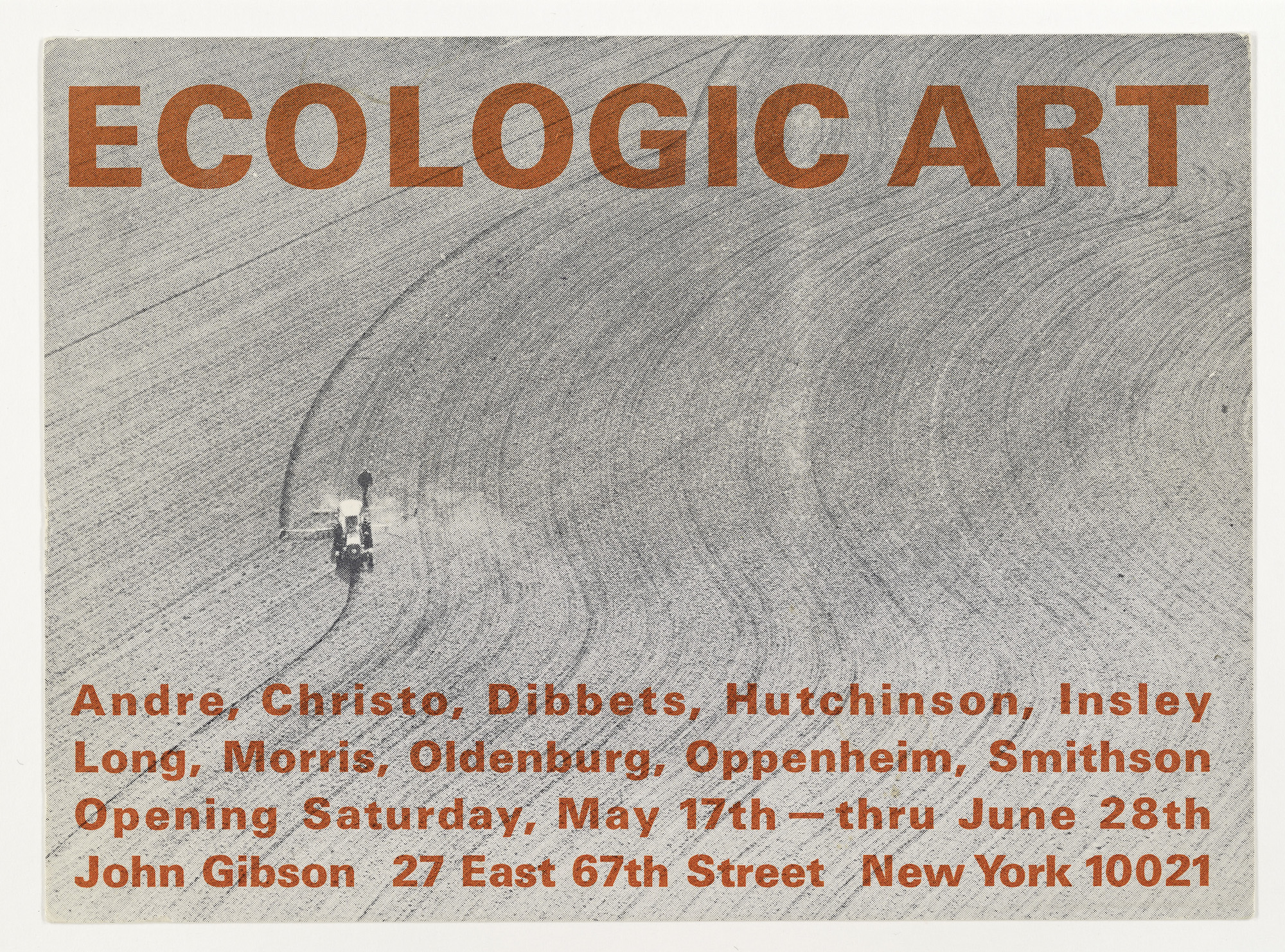 Further Information: John Gibson initially ran a gallery in Chicago before relocating to New York’s 67th Street in 1967. From the beginning, he was interested in large scale sculptures by Christo, Donald Judd, Les Levine, Sol Lewitt, and Gerald Laing, and was keen to find collectors and patrons for new commissions. In order to promote these projects, Gibson sent out photographs with information on the model, material, and size of the planned artworks, offering potential patron’s either the model or the chance to finance the realisation of the project in full. Under the name Projects for Commissions, Gibson fought for artistic works by Will Insley, Peter Hutchinson, and Dennis Oppenheim, who are today known as some of the first Earthwork artists. One of the major supporters of the gallery was Robert C. Scull, then an established Pop Art collector, who financed projects such as Oppenheim’s Below Zero Snow Projects,Walter de Maria’s Three Continent Projects, and Michael Heizer’s Nevada Depression.

Almost concurrently with Virginia Dwan, who installed her major show Earth Works in October 1968 and Earth Art at the White Museum of Art at Cornell University, that same year Gibson held some of his most iconic exhibitions at his gallery. The Hanging, Floating, Cantilevered Show included a wall drawing by Sol LeWitt and Andy Warhol’s Silver Clouds, and Anti-Form included works by Eva Hesse and Richard Serra. In 1969, they were followed by Ecologic Art, a group show with drawings, photomontages, texts, and models. The invitation motif shows Directed Seeding: Wheat, a work by Dennis Oppenheim, chosen to illustrate the new dimensions of works presented. It was the first exhibition on the theme of what sometimes is referred to as ecological art or environmental art. In contrast to earth art, ecological art often focused on biodiversity of habitats and its preservation.