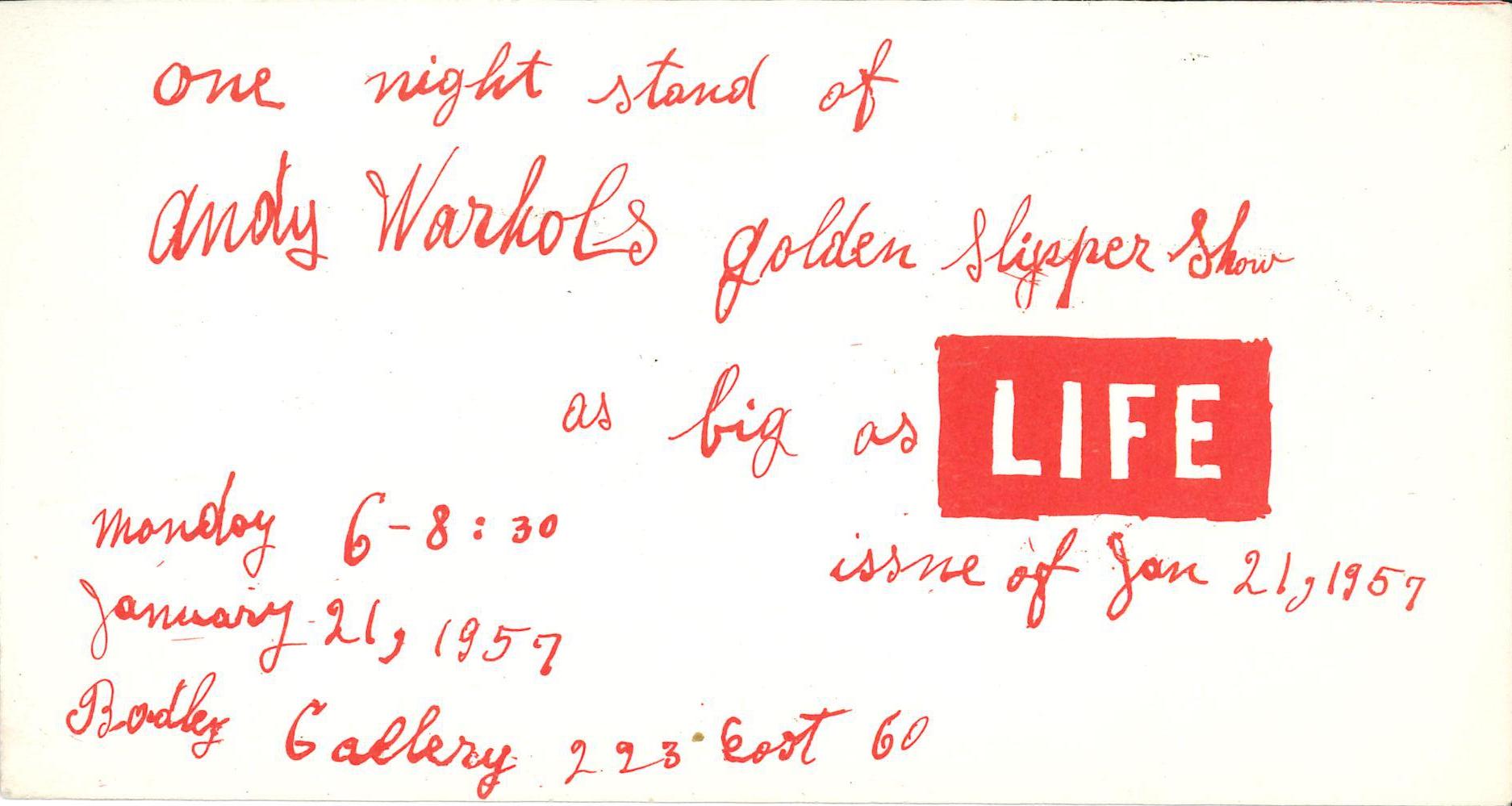 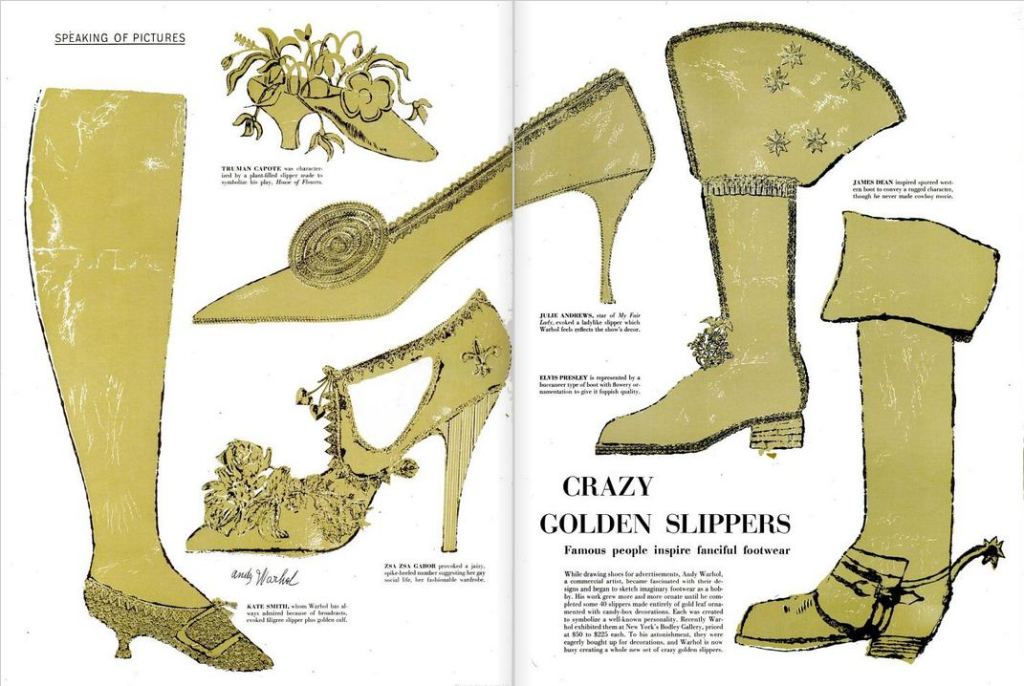 Further Information: Having previously worked as a graphic designer and illustrator, the art of Andy Warhol found its way into lifestyle and fashion magazines long before the art world. Following the Crazy Golden Slippers exhibition at Bodley Gallery in December 1956, in which he showed drawings and collages of golden shoes each dedicated to a celebrity, LIFE Magazine reprinted the drawings across two full-color spreads in their January 1957 issue. To mark this occasion, Warhol and Bodley Gallery held an event to celebrate the launch of the magazine.

Images: Images of the invitation and photographs shown on this page are part of the online collection of Archiv der Avantgarden, Staatliche Kunstsammlungen Dresden. The image from the double spread sheet of LIFE Magazine is from the internet.

A later invitation card an exhibition by Andy Warhol’s at Fergus Gallery in 1963.

The photos below by Ugo Mulas, taken in 1964, show Warhol in his studio doing screen prints of his famour Campell Soup. The sujet of advertising and seriality was central to his practice.