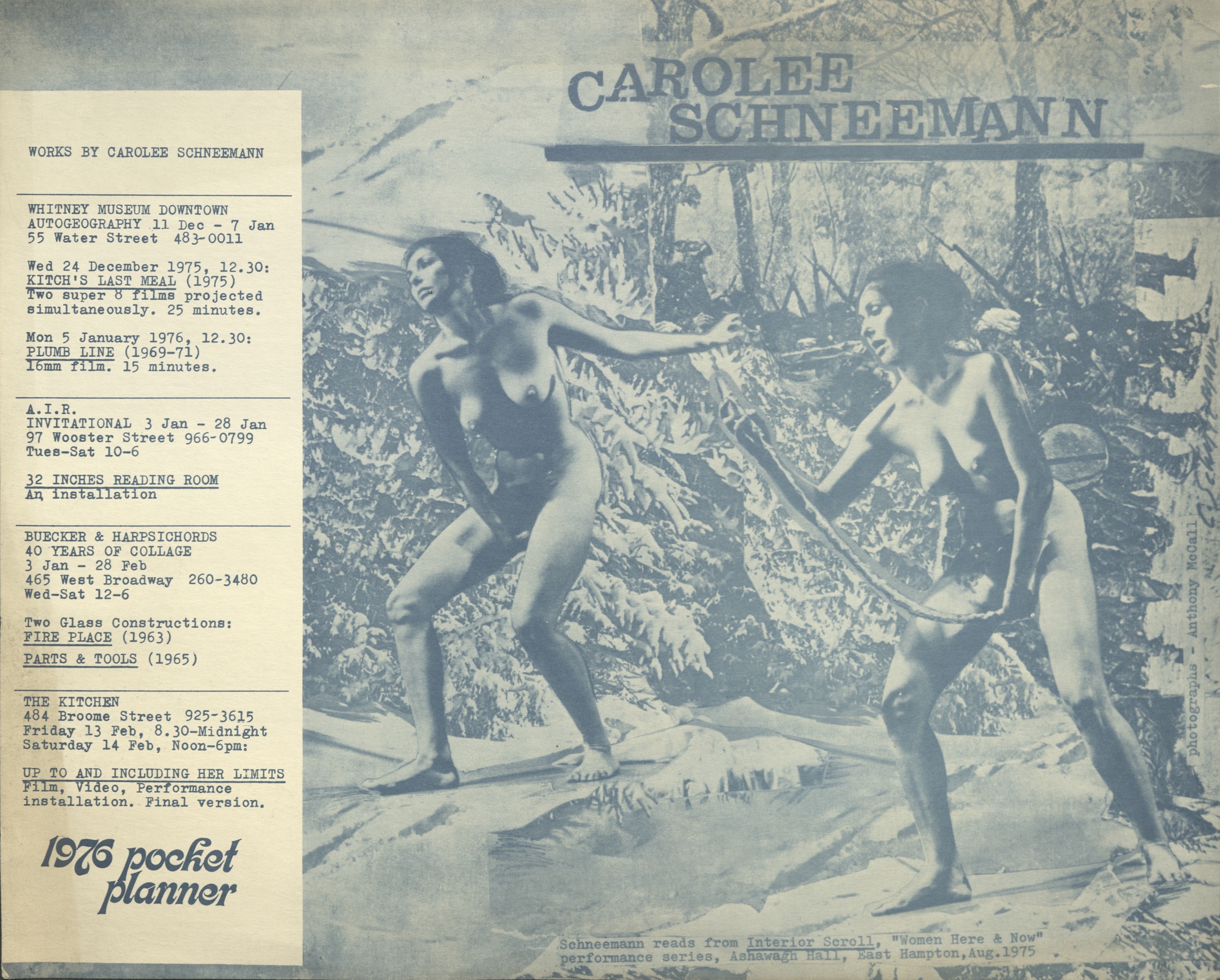 Program: The Pocket Planner shows a list of upcoming performances and exhibitions by Carolee Schneemann in 1976 across different locations in New York. These include a film screening at the Whitney Museum Downtown, an installation at A.I.R. for the Invitational exhibition, glass constructions in the 40 Years of Collage exhibition at Buecker & Harpsichords, and the film/video/performance/installation up to and including her limits at THE KITCHEN.

Images: Images of the invitation and all other archival documents are part of the online collection of Archiv der Avantgarden, Staatliche Kunstsammlungen Dresden.

In the following video, Carolee Schneemann describes her performance up to and including her limits, announced in the 1976 Pocket Planner, and shows short clips of original footage from the performance.