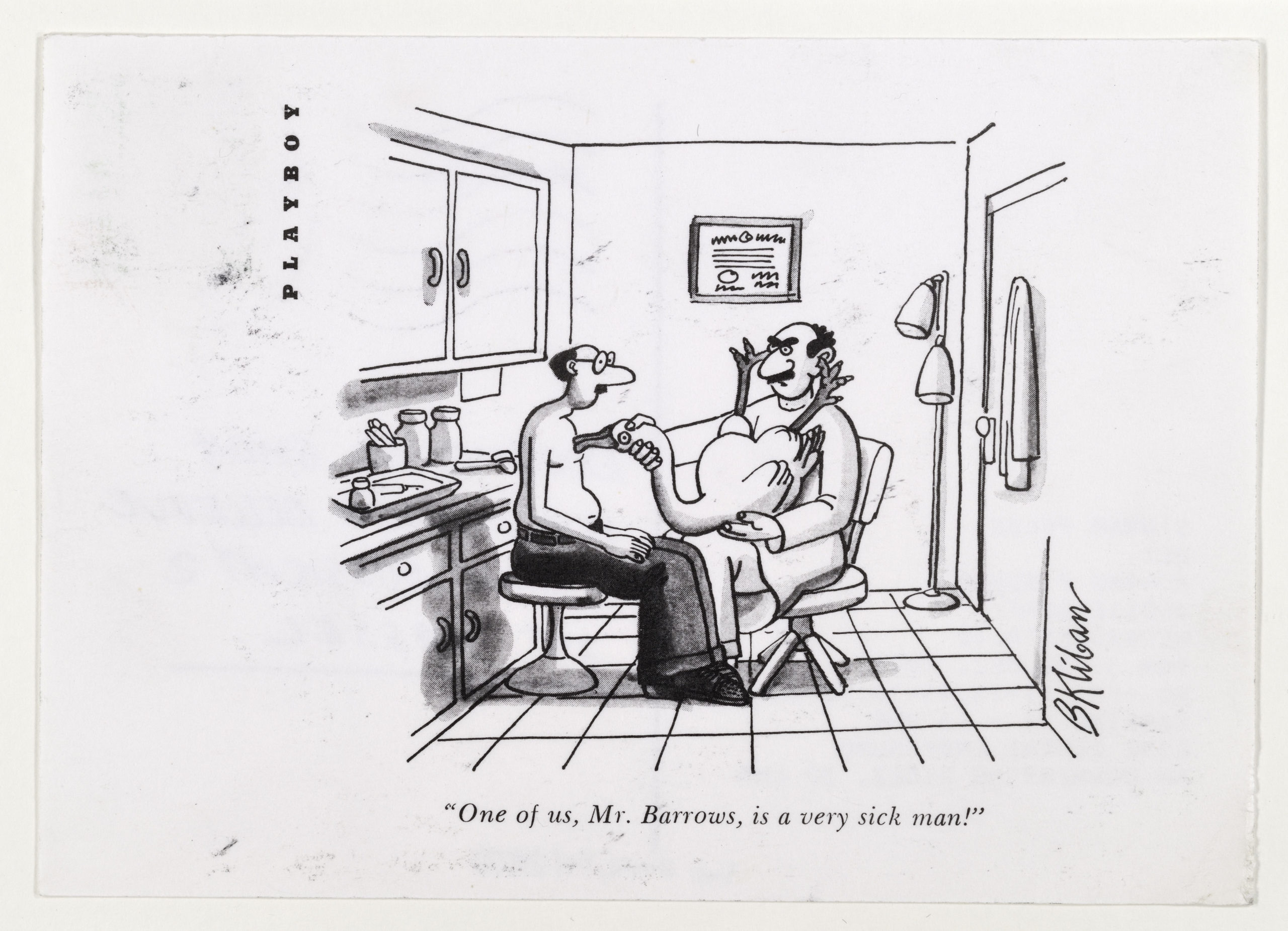 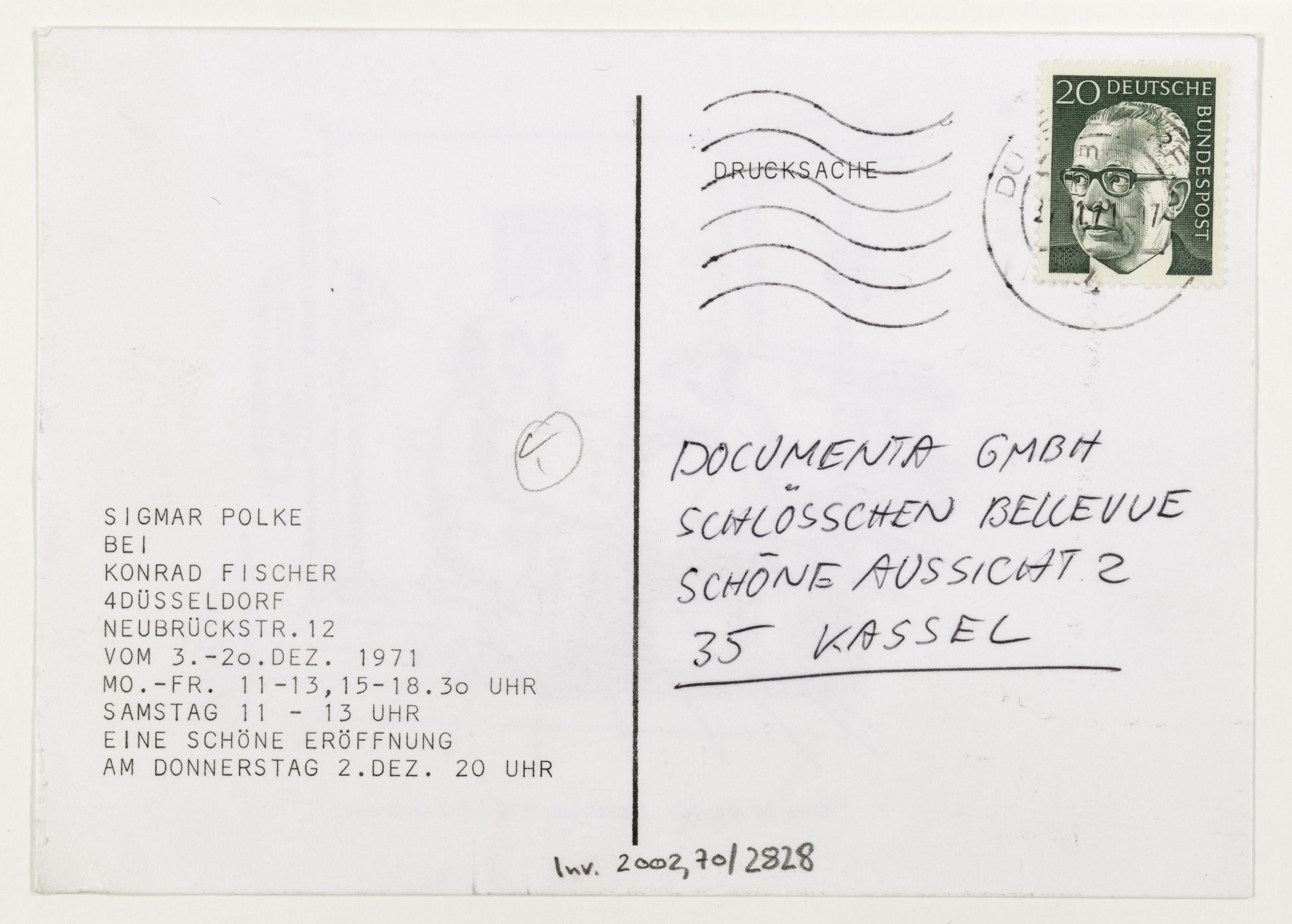 Further Information: Acquainted with Konrad Fischer for a long time, Sigmar Polke held his first solo exhibition at the gallery one year earlier in 1970. For his second show’s invitation card, Polke chose an illustration by the famous Playboy cartoonist B. Klivan, who usually portrayed cats. Deriving from the Kapitalistischer Realismus group together with Gerhard Richter, Manfred Kuttner and Fischer, in his works Polke often took up mass media and political themes. Using varied materials such as decorative fabrics, he also intensively engaged with the possibilities of photography.

Although Fischer was one of the major European dealers who focused on American conceptual art, he also represented many European artists, such as, Hamish Fulton, Daniel Buren, Bruce McLean, and Gilbert George, and of course his long term friends Gerhard Richter and Sigmar Polke.

Below is an invitation to the large exhibition, Blockade ’69 at Galerie René Block in Berlin. The show included rooms by Polke, but also Joseph Beuys, Blinky Palermo, Panamarenko, and many others. More invitations to Blockade can be seen in the box on the right, such as the invitation for Wolf Vostell‘s show at René Block.