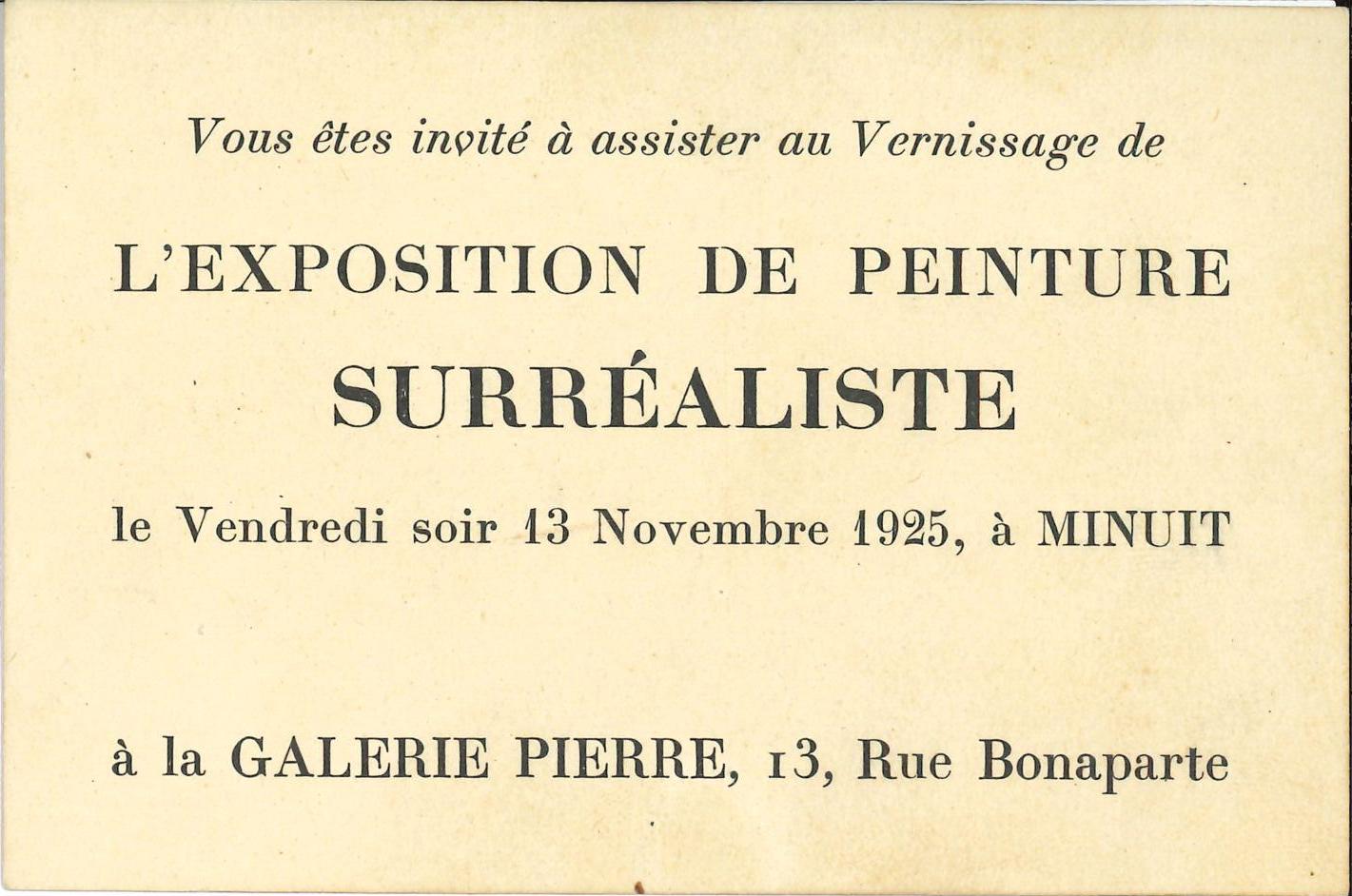 Further Information: Galerie Pierre Colle was founded in October 1924 by Pierre Loeb. L’exposition Surréaliste in 1925 was the first exhibition of Surrealist painting and included some of the most influential artists of that time. It was organized just one year after the first publication of the Manifeste du surréalisme by André Breton in October 1924. The Surrealists emerged as a response to the terror and horror of the First World War and as a provocation to bourgeois society. Seeking a new understanding of art, experimental techniques aimed to move away from rational thinking and towards the subconscious. The Surrealists formed a diverse group of thinkers coming from the disciplines of poetry, literature, theater, music, photography, and visual arts. During his career, Loeb exhibited other artists linked to the movement, such as Dora Maar, Marc Chagall, and Jean Arp, as well as Georges Braque, Pablo Picasso, and Henri Matisse. Although during the Second World War, Loeb was forced to sell his gallery and go into exile to Cuba, he managed to later return and reopen. Galerie Pierre Colle remained one of the major representational venues for Surrealist Art until its closure in 1963.

Another invitation card and catalogue for an early exhibition of Surrealist artworks, Exposition Surrealiste, at Pierre Colle in Paris in 1933.