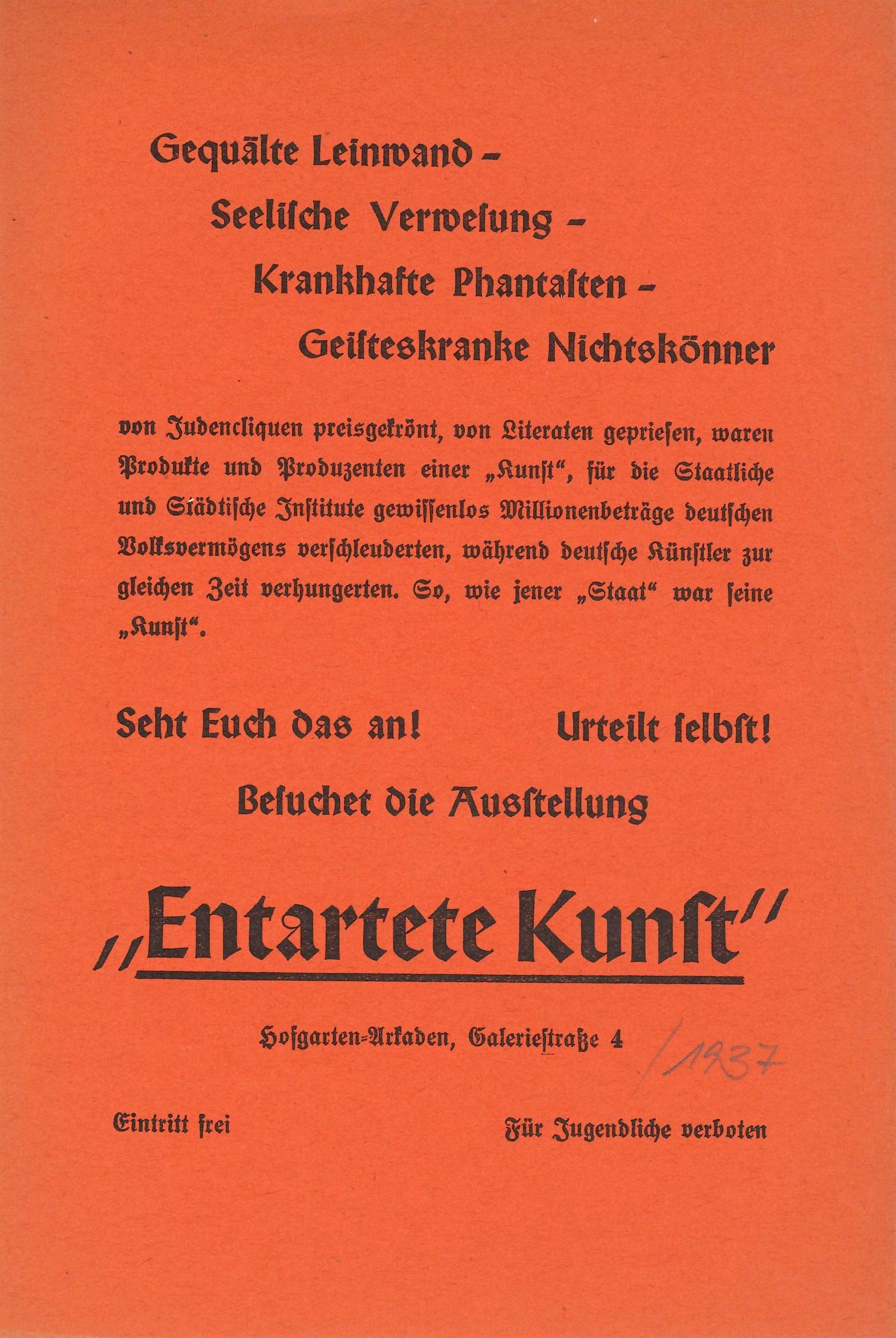 Further Information: Under the title Entartete Kunst (Degenerate Art), the National-Socialist propaganda exhibition was organized by Adolf Ziegler and the NSDAP. The exhibition showed 650 works by over 120 contemporary outstanding artists of that time, who were systematically persecuted by the regime. Even today the whereabouts of some of these confiscated works remain unclear. The NSDAP featured slogans and labels alongside exhibited works, in order to discriminate against, undermine, and outlaw artists in line with the regime’s antisemitic racial ideology.

Initiated by the Reich Minister of Propaganda Joseph Goebbels, the exhibition—accompanied by speeches by Nazi party leaders—toured to Berlin, Leipzig, Düsseldorf, Hamburg, Frankfurt am Main, Vienna, Salzburg, Stettin, and Halle.

Further Links:  The Institute for Art History at the Freie Universität Berlin initiated an ongoing research project about Entartete Kunst in 2003, which develops a database of all stolen art works. You can access the database here: emuseum.campus.fu-berlin.de

The exhibition was accompanied by a catalog that used strong antisemitic and fascist language and highly aggressive rhetoric, in order to influence the readers’ and viewers’ perception of the work. A couple of pages from the guide can be seen below.

Photographs showing outside and inside at Das Haus der Kunst, during the opening of the Berlin edition of Entartete Kunst on February 26, 1938. The three artworks visible in the photograph are by Friedrich Eberz, Emil Nolde, Ludwig Gies (f.l.t.r.). Photograph by Dr. Alfred Hentzen