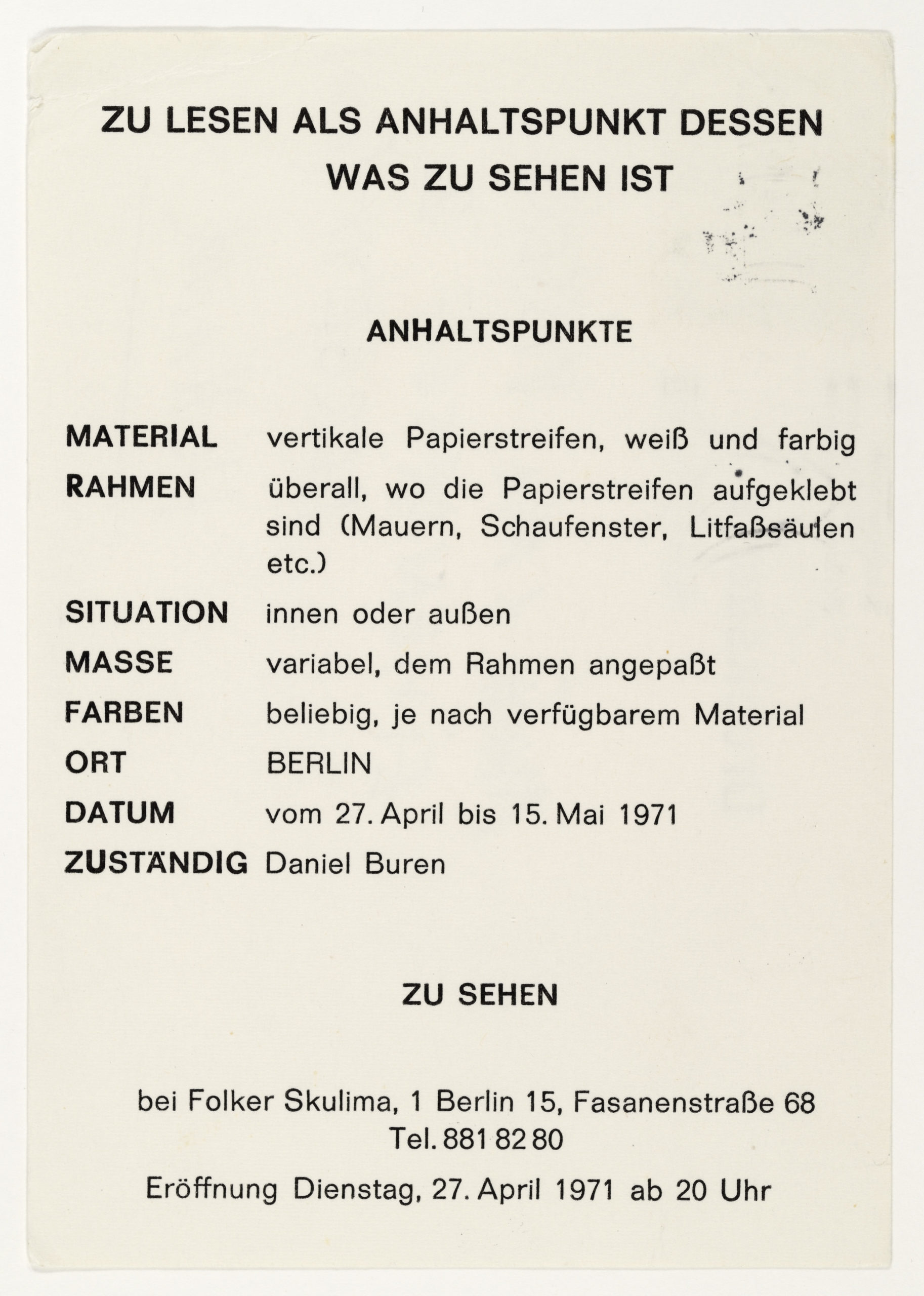 Further Information: Distributed as an “announcement to read as a guide to what is to be seen,” throughout the 1970s the French artist Daniel Buren published invitation cards for various exhibitions (see box on the lower right corner) with an in-depth list of factual information. The guide would list the exact materials he used for his work, the site of its installation, the dimensions of the work, its colour, and the exhibition’s duration. At the end of the list, the invitation reveals the artist Daniel Buren as the “person responsible.” Buren’s signature works are his striped installation pieces that he placed inside galleries, as well as in public space. The stripes are 8.7 cm wide and always consist of white and one alternating color.

Images: Images of this invitation on this page and the additional material on Daniel Buren in the box on the right are part of the Sammlung Marzona, Kunstbibliothek – Staatliche Museen zu Berlin.

Two years after his exhibition at Folker Skulima in Berlin, Daniel Buren used the same “invitation guide” for his 1973 exhibition at John Weber in New York.

Daniel Buren extended his art through ephemera such as his guides and other exhibition invitations. For his two shows at gallery art & project in Amsterdam in 1974 and 1976, both titled transparency, the artist applied this aesthetic approach to the space’s windows, adding stripes of the same kind of transparent paper used on both bulletins (75, 76).