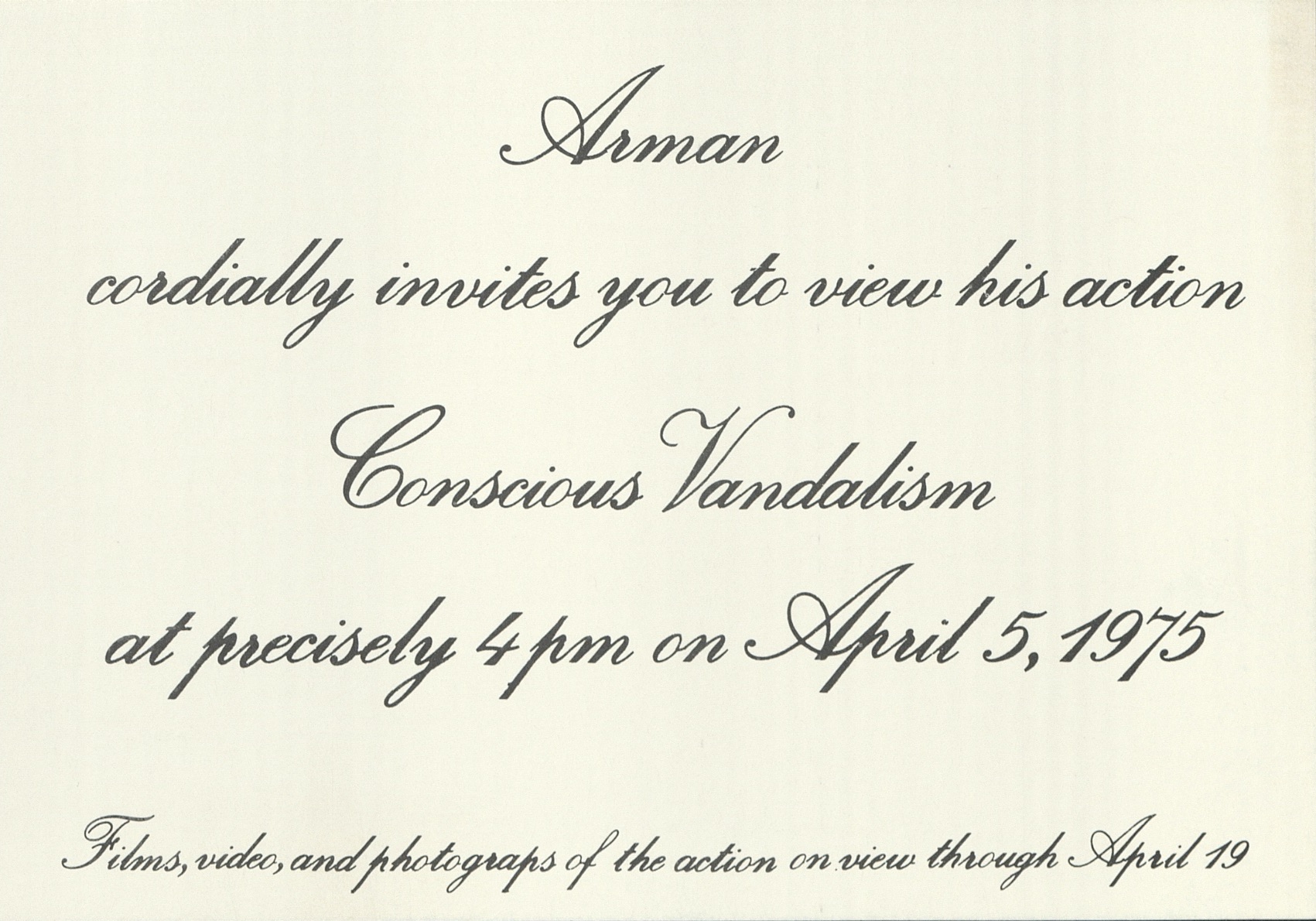 Further Information: For his happening CONSCIOUS VANDALISM, the artist and Nouveau Réalisme adherent Arman transformed New York’s John Gibson Gallery into an apartment, which he then destroyed with an axe in front of an audience on April 5, 1975 at 4 p.m. Throughout April 1975, films, videos, and photographs of the action were on view at the gallery. Arman repeated the performance CONSCIOUS VANDALISM in 2001 at the Musée d’Art Moderne et d’Art Contemporain (MAMAC) in Nice, France. The video in the box on the right documents the event.

Arman repeated a performance of CONSCIOUS VANDALISM in 2001 at the Musée d’Art Moderne et d’Art Contemporain (MAMAC) in Nice, France. The video below documents the event:

Through the 1960s and 1970s, the Nouveau Réalistes often held group shows together, which also included texts and manifestos by the curator and critic Pierre Restany. Below you can see an invitation to an exhibition of some of the members of this movement.