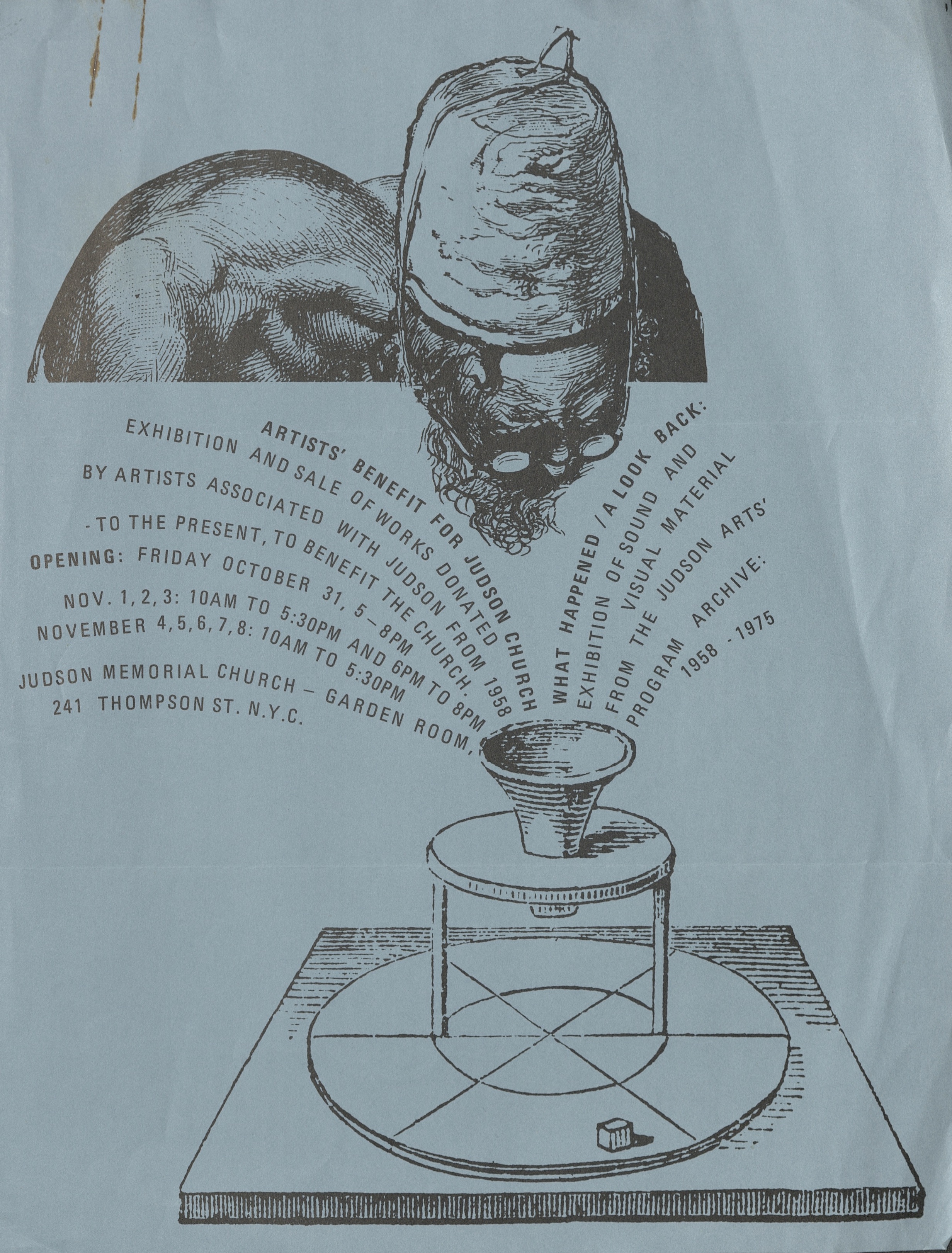 Further Information: “Artists’ benefit for Judson Church, exhibition and sale of works donated by artists associated with Judson from 1958 […] What happened / A look back: Exhibition of sound and visual material from the Judson Arts’ program archive: 1958–1970.”

The Judson Gallery was founded at the Judson Memorial Church by Jim Dine, Claes Oldenburg, Marcus Ratliff, and Tom Wesselmann in 1959, with early participation by artists such as Daniel Spoerri, Yoko Ono, and Robert Rauschenberg. From the early 1960s, a group of choreographers, composers and filmmakers gathered at the Judson Memorial Church, which today remains a socially engaged Protestant place of worship in New York’s Greenwich Village. The performances evolving from these workshops and gatherings, such as those by Trisha Brown, Lucinda Childs, Steve Paxton, David Gordon, Yvonne Rainer, and Red Grooms, involved everyday movements—gestures drawn from the street or the home. These performances established what is today known as postmodern dance. Their structures were based on games, simple tasks, and social dances. Meanwhile, the church also hosted the Judson Poets’ Theater, a politically active and well-known theater for New York’s Off-Off scene, where directors such as Joel Oppenheimer staged their plays. See also moma.org/calendar/exhibitions/3927